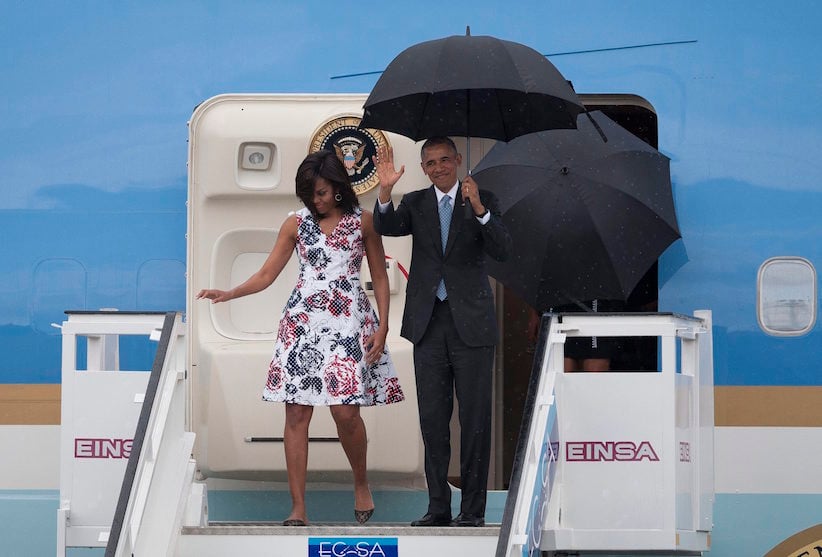 Speaking after a meeting with U.S. officials in Havana, Director General of U.S. Affairs Josefina Vidal said President Raul Castro had seen his meeting with Obama as producing “positive results.”

Her portrayal contrasted with more negative characterizations of the visit, including those of former President Fidel Castro and Foreign Minister Bruno Rodriguez, who described Obama’s trip as an “attack” on Cuba’s traditions and values.

Vidal said she and U.S. diplomats had agreed upon an agenda for Obama’s remaining months in office that would include visits by high-level U.S. agriculture, health and security officials.

She said Obama’s visit, which included a forum with private business owners and a speech calling on the Cuban people to look toward a better future, would help both sides accomplish that agenda.

“We believe the visit was an additional step forward in the process of moving toward an improvement in relations, and that it can serve to add momentum to advance in this process, which is in both nations’ interest,” she said. “That’s the opinion that President Raul Castro shared during his address to the press during Obama’s visit.”

Vidal praised a series of agreements struck directly with the U.S. government on topics like environmental co-operation, direct postal service and commercial flights, but said the continuing U.S. trade embargo on Cuba had made progress on business ties more difficult.

Foreign investors agree the embargo is the main obstacle to doing business in Cuba. But they increasingly point to the communist government’s slow-moving bureaucracy and opaque decision-making as reasons investment on the island is lagging despite a huge surge of interest since the December2014 declaration of detente with the U.S.

The two countries appear to be moving toward greater co-operation on law enforcement in coming months. Cuban-born Deputy Homeland Security Secretary Alejandro Mayorkas was meeting in Havana on Tuesday with his counterparts in Cuba’s Ministry of the Interior for talks on co-operation against drug trafficking, illegal migration and transnational crime.