Officials: Yemen's president has fled Aden as rebels near

The advance of the Shiite rebels, known as Houthis, threatens to plunge the Arab world's poorest country into a civil war 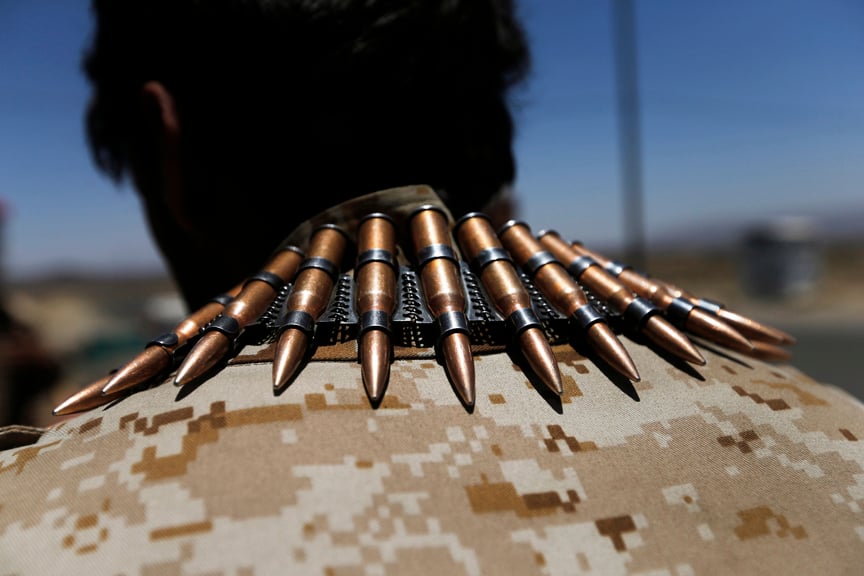 Hadi fled just hours after the rebels’ own television station said they seized an air base where U.S. troops and Europeans advised the country in its fight against al-Qaida militants. That air base is only 60 kilometres away from Aden, the port city where President Abed Rabbo Mansour Hadi had established a temporary capital.

The officials spoke on condition of anonymity as they weren’t authorized to brief journalists. Witnesses said they saw a convoy of presidential vehicles Wednesday leaving Hadi’s palace, located at the top of a hill in Aden overlooking the Arabian Sea.

Forces loyal to Hadi had no immediate comment. U.S. and European advisers fled the seized air base days ago after al-Qaida fighters briefly seized a nearby city.

The advance of the Shiite rebels, known as Houthis, threatens to plunge the Arab world’s poorest country into a civil war that could draw in its Gulf neighbours. Already, Hadi has asked the United Nations to authorize a foreign military intervention in the country.

Early Wednesday, the satellite Al-Masirah news channel reported that the Houthis and allied fighters had “secured” the al-Annad air base, the country’s largest. It claimed the base had been looted by both al-Qaida fighters and troops loyal to Hadi.

The reported Houthi takeover of the base took place after hours-long clashes between rival forces around the base. The U.S. recently evacuated some 100 soldiers, including Special Forces commandos, from the base after al-Qaida briefly seized a nearby city. Britain also evacuated soldiers.

The base was crucial in the U.S. drone campaign against al-Qaida in the Arabian Peninsula, which America considers to be the most dangerous branch of the terror group. American and European military advisers there also offered logistical in its fight against the al-Qaida group, which holds territory in eastern Yemen and has claimed directed the recent attack against the French satirical magazine Charlie Hebdo in Paris.

U.S. operations against the militants have been scaled back dramatically amid the chaos in Yemen. U.S. officials have said CIA drone strikes will continue in the country, though there will be fewer of them. The agency’s ability to collect intelligence on the ground in Yemen, while not completely gone, is also much diminished.

The takeover of the base is part of a wider offensive led by Houthis, backed by loyalists of deposed president Ali Abdullah Saleh within Yemen’s armed forces.

The Houthis, in the aftermath of suicide bombings in Sanaa last week that killed at least 137 people, ordered a general mobilization of its forces. The group’s leader, Abdel-Malik al-Houthi, vowed to send his forces to the south under the context of fighting al-Qaida and militant groups.

The Houthis seized the capital, Sanaa, in September and have been advancing south alongside forces loyal to Saleh.

On Tuesday, Houthi militias and allied forces fired bullets and tear gas to disperse thousands of protesters in the city of Taiz, known as the gateway to southern Yemen. The Houthis killed six demonstrators and wounded scores more, authorities said.

The Houthis also battled militias loyal to Hadi in the city of al-Dhalea adjacent to Taiz, which is Yemen’s third-largest city. The city also is the birthplace of its 2011 Arab Spring-inspired uprising that forced Saleh to hand over power to Hadi in a deal brokered by the U.N. and Gulf countries.

Hadi on Tuesday asked the U.N. Security Council to authorize a military intervention “to protect Yemen and to deter the Houthi aggression expected to occur at any hour from now” against Aden and the rest of the south. In a letter to the council’s president, Hadi said he also has asked members of the six-nation Gulf Cooperation Council and the Arab League for immediate help.

Saudi Arabia warned that “if the Houthi coup does not end peacefully, we will take the necessary measures for this crisis to protect the region.”

Diplomatic missions of Hadi’s Arab Gulf allies, including Saudi Arabia, the United Arab Emirates and Kuwait, have evacuated their diplomatic staff from Aden over the past few days, officials said. They earlier evacuated from Sanaa and relocated to Aden to support Hadi.