Usain Bolt reminded us that, despite doping scandals, sport can still be pure 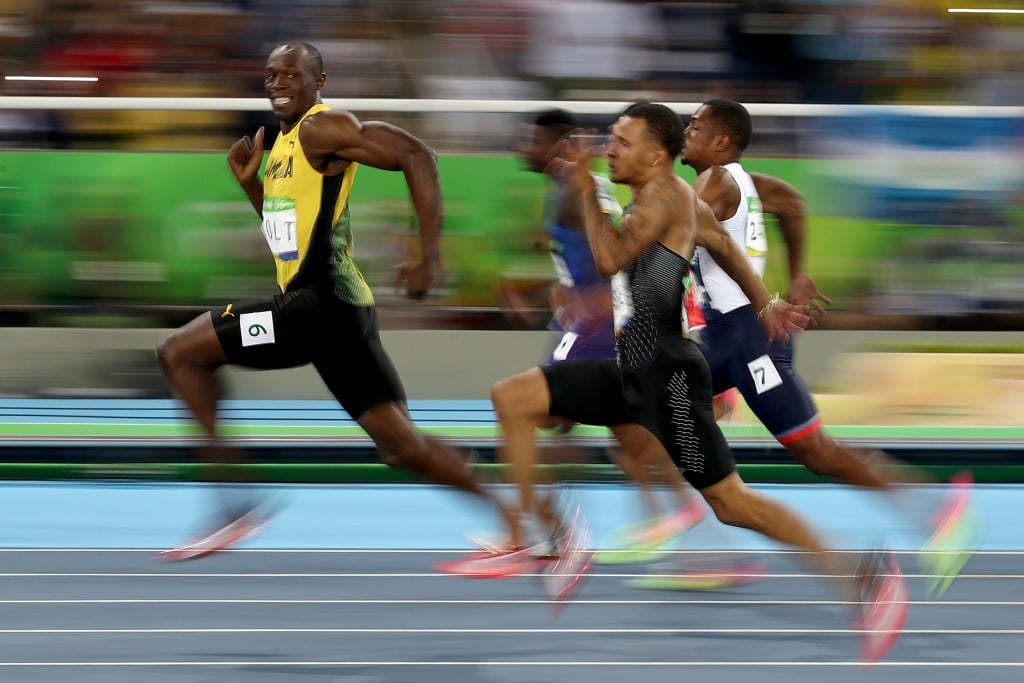 Usually, in the weeks prior to an Olympics, media focus zeroes in on venue readiness and, especially in places like Brazil or China or Russia, on the surrounding socioeconomic and political context within which such an extravagant and expensive international event will occur. Which meant the Games in Rio de Janeiro were unique even before they started. For, not only were all these angles explored for scandal, but the International Olympic Committee provided another, mere days before competition was to begin.

How? To put it simply, they banned a bunch of Russians for doping. On July 24, the IOC implemented a total ban on the Russian athletics and weightlifting teams, as well as a partial ban on seven others, in light of an international investigation into what the World Anti-Doping Agency concluded was a “state-dictated” doping program at the 2014 Sochi Winter Olympics in Russia. And so, perhaps even more than usual, the focus at the start of the Games in Rio de Janeiro was squarely on the athletes—specifically, how good (or suspiciously good) they could be.

And it wasn’t just those of us at home watching on TV who wondered; the athletes were also quick to point fingers—or wag them, anyway.

Russian swimmer Yulia Efimova had been initially banned from the Games following the doping revelations in July, but was eventually allowed to compete in Rio. When the crowd at the aquatic centre booed her when she finished her 100m breaststroke semifinal, Efimova responded by wagging her index finger at them. U.S. swimmer Lilly King was watching on a TV elsewhere in the building, and wagged a finger right back at the screen. “You’re shaking your finger No.1 and you’ve been caught for drug cheating. I’m just not a fan,” she told NBC later.

In the following days, a Chinese swimmer was banned from Rio for drug use. As was a Bulgarian steeplechaser. As was a Polish weightlifter. More may have avoided punishment. By the last few days of the Games, the doping prevention and monitoring process in Rio was being dubbed by some as “the worst ever.”

None of which would be a problem, of course, if we hadn’t all convinced ourselves that sport excellence is somewhat analogous to purity. And if we weren’t all, deep down, watching these athletes with the same excitement we once had as children, standing along an imaginary starting line, quivering as we waited for a “go!” And if we didn’t all believe that their victories and losses ought to be as clean as ours were.

Which is perhaps why this picture of Usain Bolt rocketed around the globe at ultralight speed moments after his qualifying heat for the 100-metre final was over. Getty photographer Cameron Spencer had stood to the side of the track with his shutter speed set at 1/40th of a second and clicked, catching Bolt mid-stride, looking back over his shoulder, seemingly at Canada’s Andre De Grasse, with a wide smile across his face, obviously having fun.

Is this not how we used to do it?

No wonder that within minutes, the picture was everywhere, meme-ified.

After Rio, Usain Bolt is said to be finished with Olympic competition. On Friday night, he ended his run of three Games with another gold medal—his ninth—anchoring the Jamaican team to victory in the 4×100-metre relay.

It marked the end of a career of total Olympic dominance, and one that, as such, presented his opponents with a weird Catch-22: that they might be banned should they use drugs to become faster, but also that without those drugs they might never be able to properly compete with him. At a press conference last summer ahead of the world championships in Beijing, as the athletics world was embroiled again in doping allegations, Bolt said that, as the clean world champion, “people say I need to win for the sport.” Nobody wondered what good it might do if he lost. And we’ll never know. Because Bolt never lost. No man has ever done what Bolt accomplished in Beijing, London, and Rio: the triple triple—three consecutive gold medals in the 100-metre, 200-metre, and 4×100-metre. There is a good chance no one will ever do it again.

Yet, what remains most impressive about Bolt is that he has been the epitome of a much more basic, innocent ideal. Bolt is not just a world champion or Olympic champion. He is, as best as we can measure, literally the fastest human on planet Earth. In an age of easy hyperbole, this is perhaps a simple idea to accept. But to put it into a more weirdly compelling perspective, if aliens were to have descended sometime between 2008 and 2016 and demanded that their top sprinter be entered into a foot race with a human being for intergalactic bragging rights, Bolt would be the unanimous global choice to represent our side.

This is what we saw in that photographic instant. Bolt is, in that moment, what the rest of us have only been in our childhood imagination: looking over our shoulders at the rest of the world as the fastest ever known. As the fastest in the whole universe.