One Donald Trump supporter's view of the final debate 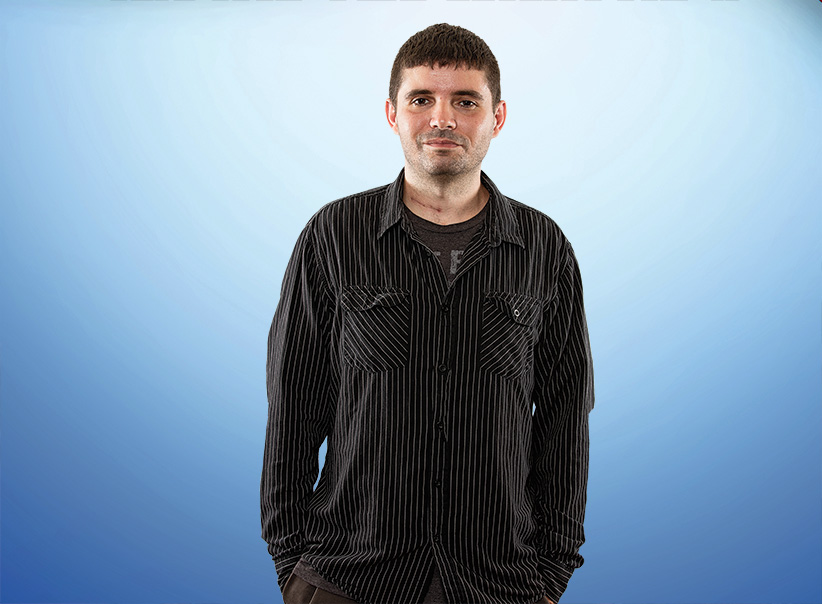 On the mantle above his television, Arthur Robertson recently mounted an urn. His wife’s uncle, known as Uncle Robbie, who dependably helped fix Arthur’s lawnmower, died of a heart attack in early October before getting a chance to vote. Robertson cheered on Donald Trump during the final presidential debate, but this time, he is cheering for two.

“Uncle Robbie, he was a Trump supporter,” says Robertson, a 40-year-old man in Garrettsville, Ohio. “I feel him in that way.” Robertson has doubled his devotion to Trump not only to honour Robbie; other life events in the past three weeks have also fortified Robertson’s conservative identity. “I’m what you call a redneck,” he says. “It’s not a bad thing. Rednecks work hard. They take care of their families. They’re patriotic people.”

Uncle Robbie left behind his two children, his wife, who is not employed, and few assets besides a drum set and a car lift. Robertson feels a duty to help Robbie’s family financially, including avoiding taxes if possible—just like Trump. As the candidate argues during the debate, “We’re entitled, based on laws that people like [Clinton] passed, to take massive amounts of depreciation on charges, and we do it.” By making the most money possible, Robertson says, Trump finances his family, fulfills his duty to his investors and can hire more employees.

Even if Trump had helped no one, narcissism is not a flaw in the mind of Robertson. He wants to live in a narcissistic America that prioritizes itself over immigrants and other countries. “It’s a cruel, cruel world out there, and you just gotta protect yourself,” says Robertson. “It’s time to take care of us.” He believes Clinton’s plan to reform immigration policy within her first 100 days in office, and the Democrats’ focus on foreign aid in Haiti, is detached from reality. “The world they live in, I don’t understand it,” says Robertson. “It’s not real.”

October for Robertson has also brought crippling medical results. After he underwent spinal surgery in June and didn’t heal with prescribed pills, a doctor conceded that he will never be able to work again as a computer technician. Robertson continues to shuttle his 11-year-old daughter to school, watch her basketball games and coach her dribbling skills in the driveway, all while in pain, which reinforces his desire for a president who appears steadfast. “He’s straight-forward, bold and to-the-point,” he says of Trump. “Everyone’s so baby-fied,” he says of the current Democratic government. And as for Clinton personally, “One of my good senses is that I can detect phony. It just oozes from her.”

Robertson’s recent weeks have also fortified his support for tough-on-crime policies. While he adores Halloween, he worries about the wave of miscreants dressing up as clowns across the country and wreaking havoc. “Trump is law and order,” says Robertson. “He’d snatch [those] guys up and put them in jail.” Robertson’s cousin also went to prison recently in West Virginia due to drug charges. Robertson believes the drugs came from Mexico—a situation Trump could prevent by building a wall and appointing conservative Supreme Court justices. “You don’t have borders, you don’t have a country,” he says. “You don’t defeat our enemies by giving them a hug and a kiss.”

Recent sexual assault claims against Trump, meanwhile, have not affected Robertson’s vote, nor that of his wife, Trina. Considering the misogynist comments caught on tape from 2005, Trina holds, “They didn’t bother me at all. Guys are guys. They’re going to talk like that. I think every president has. They just haven’t been recorded.” Arthur teaches their daughter, Maddie, to demand good manners: “I have talked to her about how boys should treat her. The hormones are going to start flaring. Later on when she’s dating—when she’s about 40 or 50—if a guy doesn’t hold a door, that’s not a guy who’s going to respect [her].”

More upsetting, for Robertson, is how Democrats treat Republicans. “They call us Bible-thumping, gun-toting hillbillies,” he says. “I love my country, but I don’t respect the people that run it right now.”

Those same people may keep the power, as the past month has more commonly caused voters to lose faith in Trump, not gain it. But in the Robertsons’ minds, Trump has just performed his best debate of the series. Arthur and Trina—and Uncle Robbie in spirit—are with him all the way.