Image of the Week: A phone pic of protestor Alaa Salah will define the end of Omar al-Bashir's iron-fisted rule 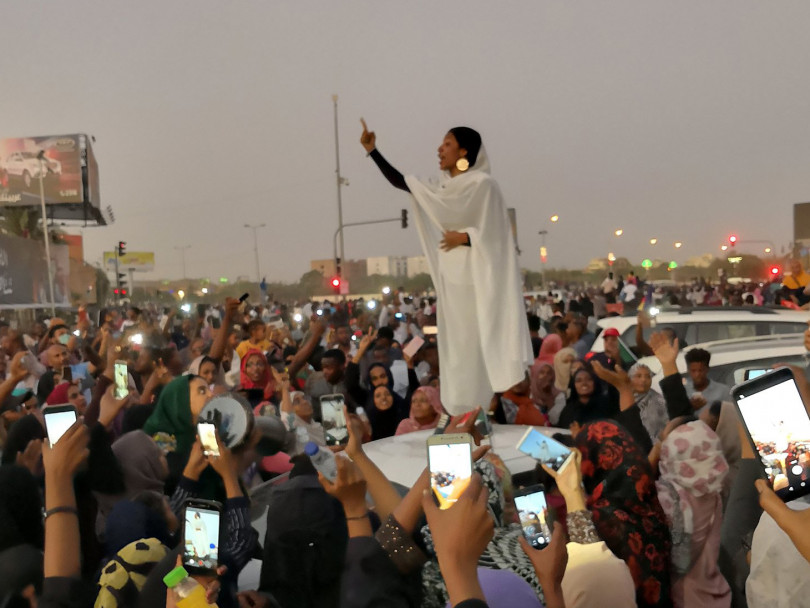 When young Sudanese students, years from now, study the seismic protests that changed their country in 2019, this photo by Lana H. Haroun may well appear in their textbooks. The almost religious portrait of Alaa Salah, an architecture student in Khartoum, went viral almost immediately after being taken on April 8, after months of protests in Sudan against their dictator president, Omar al-Bashir. Even though the protests had been going on since December, it was only after this photo attracted international attention—and after Sudanese protesters made it clear they wouldn’t let up—that the nation’s army agreed to intervene. Military leaders set in place a three-month state of emergency and announced they would oversee new elections, ending al-Bashir’s 29-year rule, one of the longest in Africa. It would be overly dramatic to ascribe too much influence to Salah’s image, but it is a perfectly captured moment, with smartphones and street lamps lighting up an angelic figure standing atop a white car. Since her newfound fame, Salah has travelled around Khartoum reciting a revolutionary poem. “The bullet doesn’t kill,” she says to crowds. “What kills is the silence of people.”