Pistorius had earlier been convicted of culpable homicide in the death of Reeva Steenkamp last year. 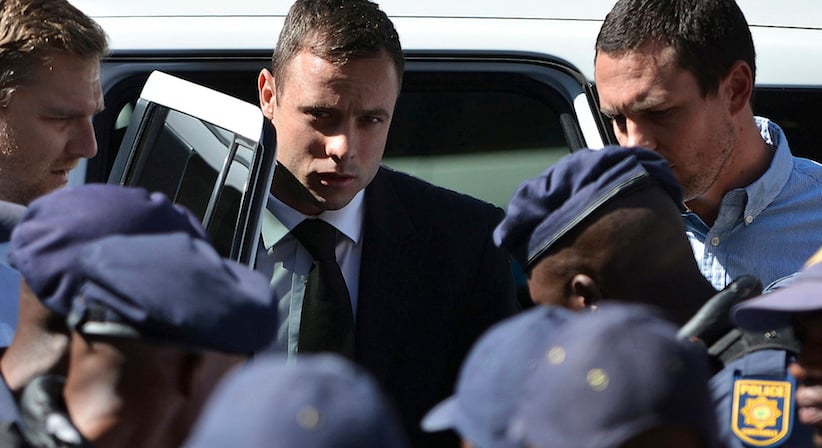 A South African judge cited the “gross negligence” the Olympic runner showed when he shot Steenkamp multiple times through a toilet cubicle door in his home when she delivered the sentence. Pistorius’ prison term begins immediately.

Pistorius could be released after 10 months in jail to serve the remainder under house arrest, according to legal experts.

Masipa also sentenced Pistorius to three years in prison for unlawfully firing a gun in a restaurant in a separate incident weeks before Steenkamp’s 2013 shooting death. She ordered that sentence to be wholly suspended for five years on condition that Pistorius is not found guilty of another firearm offence.

Masipa delivered her ruling after reviewing prosecution arguments for a tough sentence as well as the defence case for a more lenient punishment for Pistorius. She said it was a balancing act after defence lawyers had argued that Pistorius had already suffered emotionally and financially after what he called an accidental killing.

Masipa last month convicted Pistorius of culpable homicide, but acquitted him of murder after he testified he mistook Steenkamp for a nighttime intruder.

“The following is what I consider is a sentence that is fair and just both to society and the accused,” Masipa said as she announced her decision.

She asked Pistorius to stand as she delivered the sentence, and the world-famous disabled runner faced her with his hands clasped in front of him. Pistorius then left the Pretoria courtroom down a flight of stairs that lead to holding cells. His sentence starts immediately and he was taken straight to the cells, a spokesman for the National Prosecuting Authority said.

Pistorius’ defence and the prosecution can both appeal the decision.

Oscar Pistorius: from the podium to purgatory 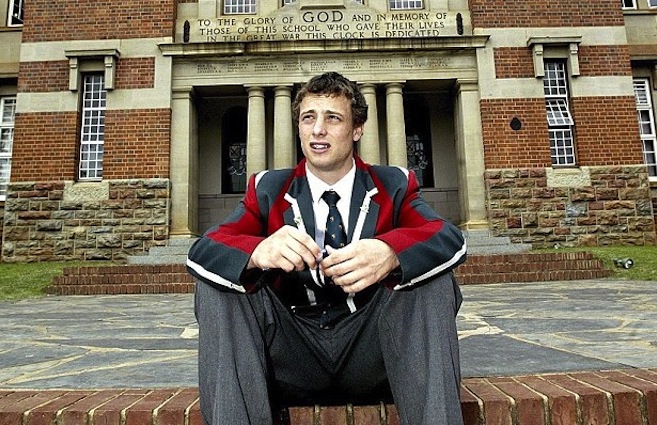 Oscar Pistorius at his high school in 2005. (Getty Images)

Nathi Mncube, the prosecution spokesman, said his office is disappointed in the culpable homicide conviction and has not yet decided whether to appeal the sentence.

“We have not made up our minds whether we’re going to appeal it or not,” he said. He added that there was an “appetite” to appeal but that prosecutors have 14 days to review their options.

“We are satisfied with the fact that he will be serving some time in prison,” he said.

He said he thought the South African public would be satisfied because their justice system had been shown to be “functional.”
“It’s not only about vengeance but it is about making sure that there is a fair and just process,” he said.

Masipa had a wide range of options available to her because South Africa does not have a minimum sentence for culpable homicide, which is comparable to manslaughter. Pistorius faced up to 15 years in jail, but could also have received a completely suspended sentence or house arrest.

“I am of the view that a non-custodial sentence would send a wrong message to the community,” Masipa said after summarizing parts of the case and explaining why she reached her decision. “On the other hand, a long sentence would not be appropriate either as it would lack the element of mercy.”

Marius du Toit, a legal analyst and criminal defence lawyer, said Pistorius would have to serve one-sixth of his sentence in prison — 10 months — before he could be eligible to be moved to house arrest.

“It’s an appropriate sentence,” du Toit said. He said a higher sentence would have been impossible because “you cannot elevate the sentence to murder.”

Pistorius, 27, was earlier escorted through crowds of onlookers and into the Pretoria courthouse ahead of sentencing by police officers wearing blue berets. The parents of Steenkamp, the 29-year-old model he shot in the pre-dawn hours of Feb. 14, 2013, were also in court to hear the sentence.

A Pistorius supporter laid three white roses near Pistorius. “I just wanted to bestow a little bit of inner happiness on Oscar,” said the supporter.

Outside the courthouse, a man in orange garb carried chains and a large sign that read: “Are certain offenders more equal than other offenders before the law?”

Reaction to the sentencing: