Oscar Pistorius to learn his fate: 'There is nothing left of this man'

On Tuesday, judge is expected to announce Olympic runner's sentence 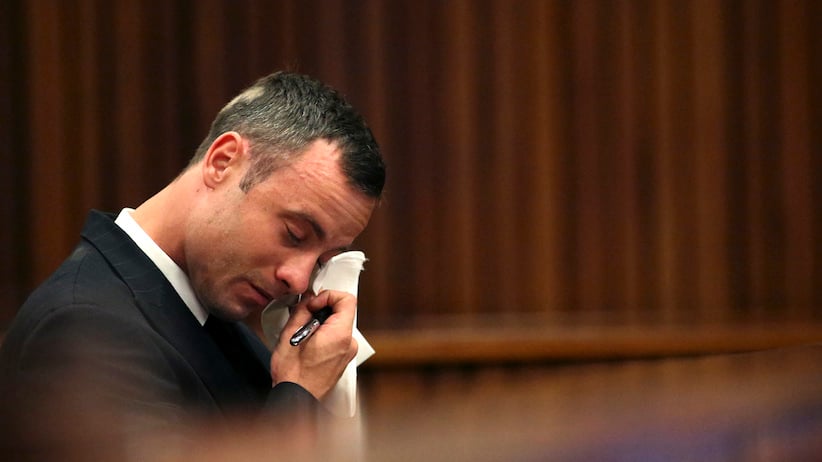 Pistorius could be sentenced to years in prison, or he could be given a suspended sentence and a fine and receive no jail time for shooting Steenkamp multiple times through a toilet cubicle door in his home.

More than seven months after Pistorius’ trial started, Judge Thokozile Masipa will announce what punishment she has decided on after finding him guilty of culpable homicide, which is comparable to manslaughter, but acquitting him of murder.

Prosecutors have demanded at least 10 years in prison for the double-amputee athlete. His defence lawyers have suggested that three years of correctional supervision, with periods of house arrest and community service, would be appropriate.

Pistorius testified during his murder trial that he mistook Steenkamp for a dangerous nighttime intruder about to come out of the cubicle and attack him when he shot four times through the door with his 9 mm pistol. Judge Masipa last month ruled that Pistorius did not intend to kill Steenkamp, but he acted negligently and with excessive force in the Valentine’s Day 2013 killing.

He was also convicted of unlawfully firing a gun in a restaurant weeks before Steenkamp’s death. That normally carries a fine for a first offence, but has a maximum of five years in prison.

Masipa has a wide range of options available to her at the climax of the trial because there is no minimum sentence for culpable homicide.

Pistorius, 27, could serve no jail time, and possibly consider returning to the career that made him one of the world’s most recognizable runners on his carbon-fiber running blades, and the first amputee to compete on the track at the Olympics in 2012. He could be placed under house arrest, or he could be sent to prison for up to 15 years, almost certainly ending his running days.

Pistorius’ brother and sister, Carl and Aimee, gave interviews to a South African television station on the eve of the sentencing, describing what they said was a difficult and emotional time in the more than a year-and-a-half since their brother killed Steenkamp.

“It has been a long journey to this point,” Aimee Pistorius told eNCA. “A very taxing one. It is difficult to support someone through something like this — all the guilt and ridicule and obviously the exposure that has come with it.”

Carl Pistorius said: “Tomorrow will be very difficult. This is a weight we all have to carry.”

During his sentencing hearing last week, Pistorius’ chief defence lawyer called social workers and a psychologist who testified that the athlete had suffered significantly already, both emotionally and financially.

“He’s not only broke, but he’s broken,” chief defence lawyer Barry Roux said of Pistorius. “There is nothing left of this man.”

Pistorius’ defence team also argued that South African prisons cannot cater for his disability and he would be vulnerable. Roux even cited an alleged threat against Pistorius by a reputed prison gang leader.

Prosecutors insist Pistorius must go to prison because of what they called the “horrific” nature of Steenkamp’s death. The 29-year-old model was hit in the head, arm and hip with hollow-point bullets fired by Pistorius.

Chief prosecutor Gerrie Nel said that the defence’s suggestion of house arrest and 16 hours of community service a month was a “shockingly inappropriate” sentence.

Recent sentences for culpable homicide in South Africa have been cited by analysts of Pistorius’ case.

A singer known as Jub Jub had his murder conviction overturned and replaced with a culpable homicide conviction after a 2010 drag race, when he and another man ploughed their cars into a group of schoolchildren on a road, killing four and seriously injuring two. The singer was sentenced to eight years in prison for culpable homicide.

In 2011, a South African rugby player convicted of culpable homicide for the beating death of a policeman on a Pretoria road was given a five-year suspended prison sentence. He served no jail time and paid the victim’s family $85,000 in compensation.

On Monday, correctional services authorities denied media reports by a radio network that they were already preparing a cell for Pistorius in a high-security section of Pretoria Central Prison ahead of the announcement of his sentence.