Our editorial: The price of Western retreat is instability 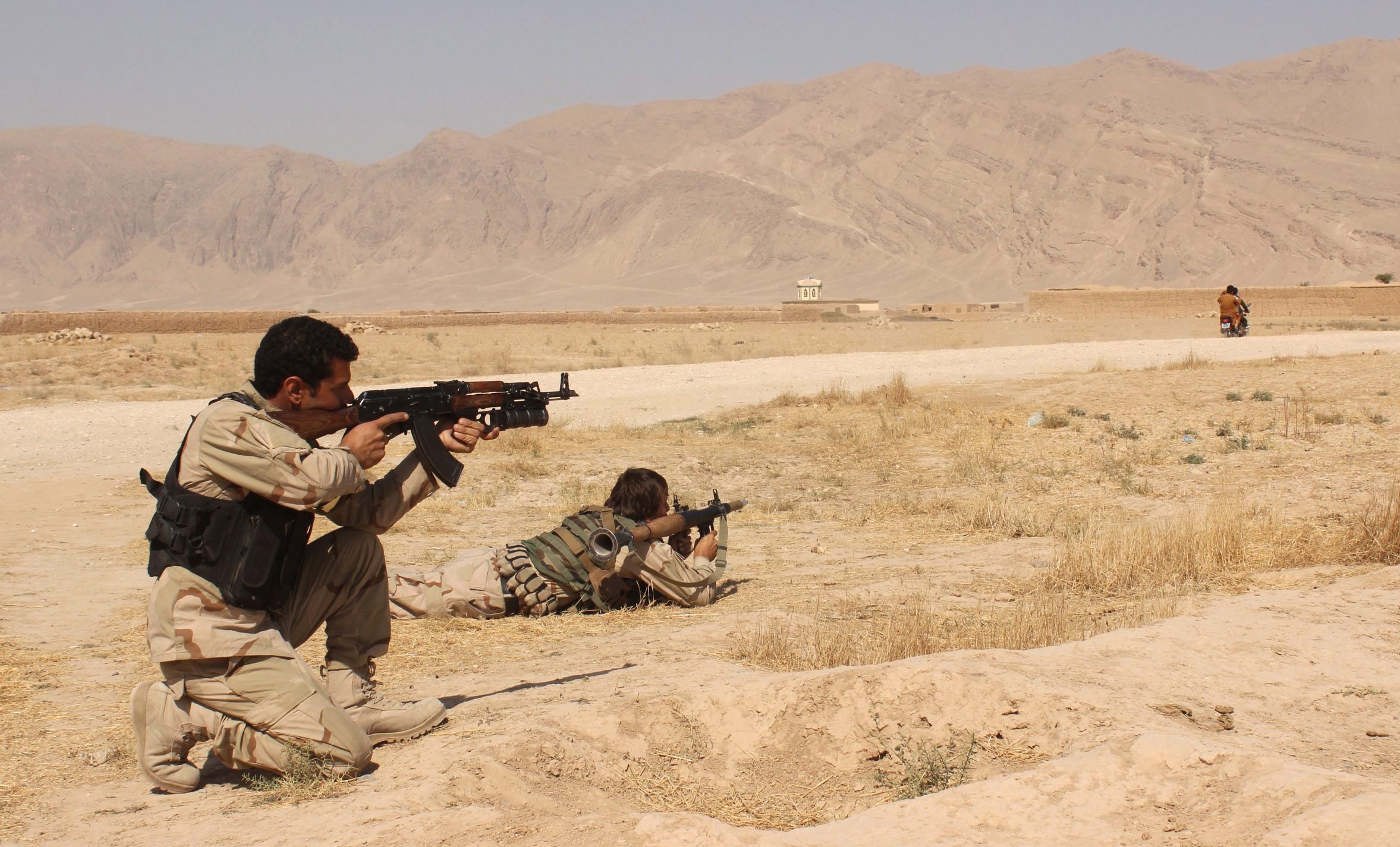 Afghanistan’s security forces take their position during a clash by Taliban fighters in the highway between Balkh province to Kunduz city, north of Kabul, Afghanistan. (AP Photo, File)

The start of a new year should be a time for optimism and fresh starts. Unfortunately, reality has a depressing habit of intruding, and in places where optimism is already in short supply.

The crisis between Saudi Arabia and Iran, over the execution of a Shia cleric by Saudi Arabia, is a potentially terrifying development for the entire world. An always precarious Middle East is now even less stable. Both Muslim countries are regional military powers and proxy leaders of their respective Sunni and Shia sects with more than a thousand years of hostility between them. As Maclean’s Senior Writer Michael Pet,ou notes, the countries’ recent slide into open antagonism can be traced in part to the United States’ declining influence in the Middle East. And while America’s retreat from the region may be the understandable reaction of a war-weary country led by a domestic-minded President, we mustn’t overlook the long-term impact of the West’s abandonment of international crises to local interests.

Afghanistan provides further evidence of this worrisome trend. Despite a decade-long NATO campaign to rid the country of the Taliban, the group now controls more land area in Afghanistan than at any time since 2001—when it ruled most of the country. A string of Taliban military successes over the past year against the Afghan National Army have left it in command of large swaths of territory. Early estimates suggest 2015 will go down as the bloodiest year on record for civilian casualties and national security forces. An emboldened Taliban has also been targeting Western military advisers and trainers who remain after the main NATO campaign wound down in 2014; last month a Taliban suicide bomber killed six American military personnel at Bagram Air Base near Kabul; this week another massive bomb was triggered in the capital city. Public optimism about the future appears to have collapsed. Only 37 per cent of Afghans think their country is moving in the right direction, according to the latest national survey by the Asia Foundation. This down from 55 per cent the year previous.

To be fair, the situation in Afghanistan is not an all-out rout. Most major cities remain in government hands. While the Afghan National Army has suffered some troubling defeats, it remains a battle-worthy force; its biggest obstacle is a lack of reconnaissance and air power following the cessation of NATO air strikes in 2014. There are even some signs the material well-being of Afghans is improving. The number of households with televisions, for example, grew from 42 per cent in 2011 to 62 last year.

But this fact remains: while the Western world has been fixated on the prime-time barbarity of Islamic State in Iraq and Syria, and the effect this has had on the Syrian civil war and a massive flood of refugees into Europe, the Taliban’s resurgence in Afghanistan should come as grim news for Canadians. One hundred and fifty-eight Canadian troops and four civilian non-combatants lost their lives, and taxpayers spent $18 billion in an effort to oust the Taliban and stabilize and democratize the country. Now they’re back. Some of the Taliban’s biggest territorial gains have come in the southern provinces of Helmand, as well as Kandahar, where Canada fought its toughest battles. Was it all in vain? Given the new crisis between Iran and Saudi Arabia, what does our legacy in Afghanistan suggest for Prime Minister Justin Trudeau’s nascent foreign policy?

The biggest and most obvious lesson from Afghanistan is the dangers of leaving a battlefield before your enemy is defeated. Canada ended its combat mission in 2011 when public and political support dropped significantly. But the Taliban persisted, and is now enjoying a renaissance. Applying this lesson elsewhere suggests Trudeau should rethink his campaign promise to bring home Canada’s six CF-18s, currently doing useful work in Iraq and Syria delivering air strikes in support of the Iraqi army and various other military groups fighting Islamic State. If we value end results—as we should—Canada needs to stay in this fight until the job is done. (If and when the jets do come home, Trudeau might want to consider proposing a renewed NATO air campaign in Afghanistan to support the Afghan army in its fight against the Taliban, at least until it’s able to build up its own air power capabilities. This would do much to stem the recent Taliban advances.)

It is in Canada’s best interests to continue the fight against the Taliban in Afghanistan as well as Islamic State in Iraq, Syria and elsewhere. A stable region is essential to our own national security. With the world on edge from a potential new threat to stability in the Middle East, there’s no room to allow existing dangers to continue to spiral out of control.