Overboard in the Atlantic, sailor floats and swims to Puerto Rico

A Michigan sailor's ordeal at sea off Puerto Rico 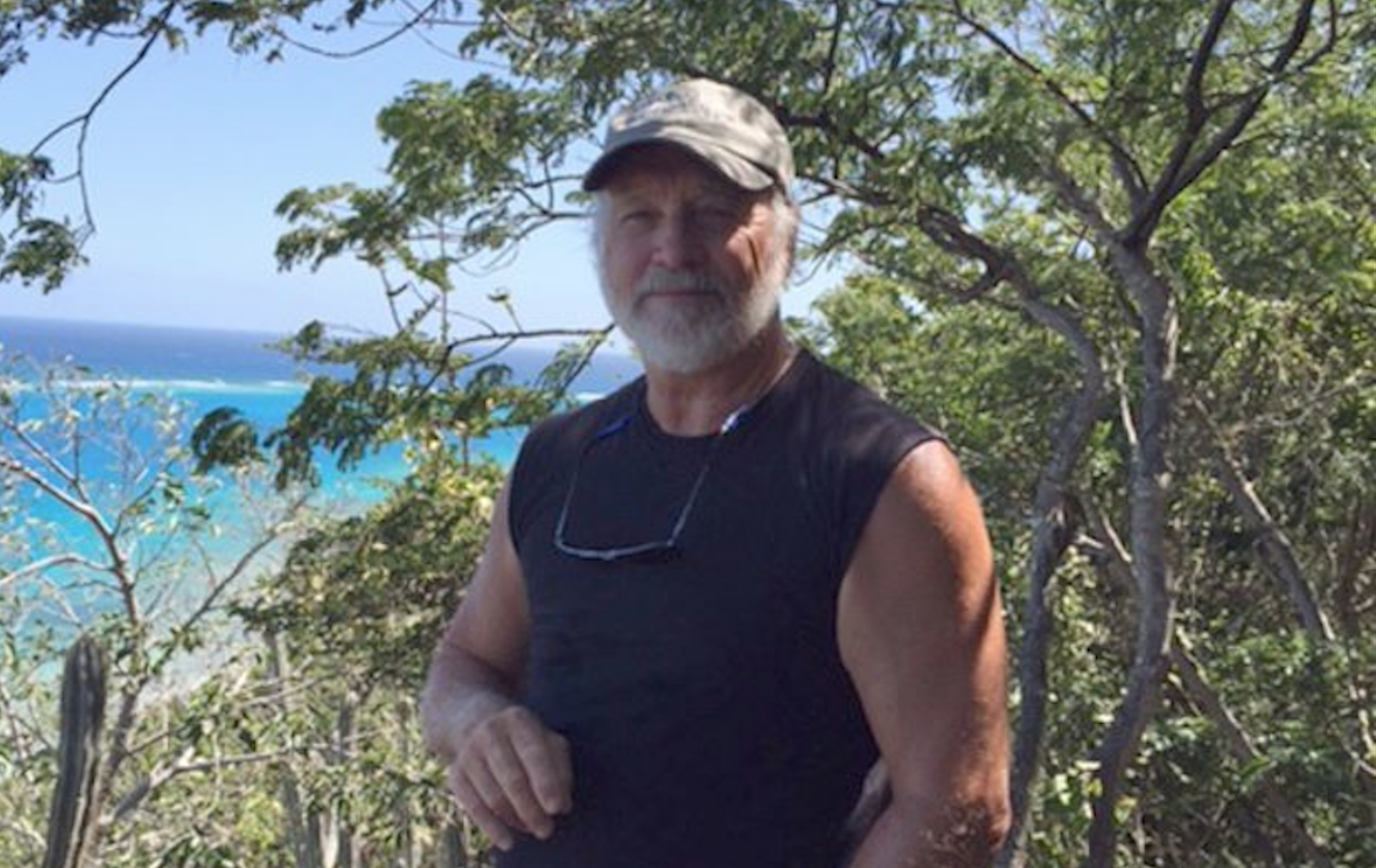 AGUADILLA, Puerto Rico — David Thompson felt the smack of a wave and found himself hanging by a tether off the back of his sailboat in the Atlantic Ocean, the northern coast of Puerto Rico off in the distance.

No problem, Thompson thought. He was still tied to his boat, wearing his life jacket. All he had to do was hoist himself back onto his boat.

But conditions were rough, 20-knot winds and 10-foot swells. As he climbed back on board, another wave tossed him off. Then the surging water stripped away his life jacket, which had linked him to the boat, and he watched as the boat moved farther away by the second.

“My arms were so tired, I couldn’t grab ahold of anything anymore,” the 68-year-old said Wednesday from a hospital in Puerto Rico, where he is recovering from his ordeal. “So I was watching my boat sail away. I was thinking that was it.”

Yet he kept himself going. He swam and floated on his back and swam — on and on for seven hours, crawling onto a Puerto Rico beach half naked and exhausted.

Thompson, a retired engineer from Kalamazoo, Michigan, who was sailing solo when he went overboard, is being treated for dehydration and expects to be hospitalized for at least four days.

In an interview with The Associated Press from the hospital, Thompson said he had been with his wife, Donna, in St. Maarten. She flew home and he was taking their 49-foot boat, the Enthalpy II, to South Florida. It was about 1 p.m. Sunday when he was knocked overboard.

He recalled that the wave that took his life jacket also stripped off his clothes except for his shirt, leaving him almost naked as he floated in the water and considered his options.

Thompson made his way toward land, about 4 miles (6.4 kilometres) away. He alternated between floating and swimming, thinking about his 2 1/2-year-old granddaughter to keep himself going.

“I wanted to see her and hug her again. And I have a wife and a nice life. I didn’t want to die.”

Thompson kept swimming. A sharp reef cut into his legs as he scrambled onto land. Aware that he was naked, Thompson took off his shirt, stepped into the arm holes to fashioned makeshift shorts before looking for help. He knocked on the door of several homes and called out for help, but none came.

“When they saw me, I was walking like I was drunk because I didn’t have any strength left in my legs,” which were bleeding. “I didn’t look like someone you wanted to invite to dinner.”

Finally, he arrived at Villas del Mar Hau, a seaside hotel in the north coastal town of Isabela. He stumbled into the restaurant and asked waiters for help. They gave him food, water and clothes that a previous guest had left behind.

“That man ate so much rice and beans that it seemed like he had not eaten for three days,” said Sandra Villanueva, the hotel owner’s assistant. “I truly admire him. He was so beat up. He had lost all his clothes. His heads, his hands, his feet were all beat up.”

The hotel called police and the U.S. Coast Guard, and Thompson was taken to the nearby hospital in Aguadilla. Officials at the private hospital would not allow an AP journalist inside, but Thompson said by phone that he was awaiting dialysis to get rid of the tremendous amount of protein built up in his body. He was too weak to hold a cup of coffee.

His wife said in a phone interview from Michigan that she was not surprised her husband survived.

“He is stubborn. He is determined. He is like one of the strongest people I’ve ever known. Once he sets his mind to something, you are not going to change him, which can be aggravating from a wife’s point of view,” she said with a laugh.

The Thompsons had planned to vacation in the Florida Keys or possibly the Bahamas next year in their sailboat, which the U.S. Coast Guard recovered, but those plans are on hold.

“Knowing that your husband is on a boat by himself, and getting a call from the Coast Guard is the worst call you can get,” she said, choking up. “The fact that the boat came through and that he was able to come through, it’s a miracle.”