Away from the international headlines, the reality is less dramatic 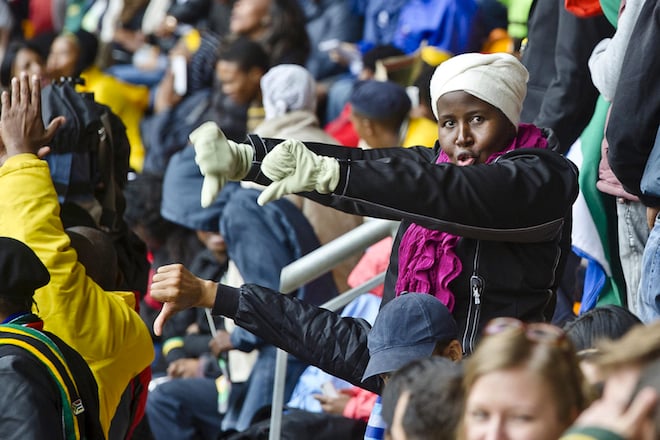 In a display of stereotypical Canadian niceness, former prime minister Jean Chrétien said South Africans should not have booed their president, Jacob Zuma, at the Nelson Mandela memorial. “It was wrong. It’s not an occasion to do these things,” said Chrétien, speaking in Pretoria on Wednesday after viewing Mandela’s casket with Prime Minister Stephen Harper. “They were there to honour Nelson Mandela,” he says. “It was not the time to voice political views.”

Before taking helm of the country in 2009, South African President Jacob Zuma was plagued by scandals, standing trial for corruption and rape. Now, months before he faces a general election in 2014, he is making headlines for allegedly using $20 million in taxpayers’ money to do renovations on his personal residence. “We, as South Africans, don’t like that,” said Thandi Mimi, an unemployed 22-year-old who booed Zuma at the Tuesday memorial. “It shows selfishness.” 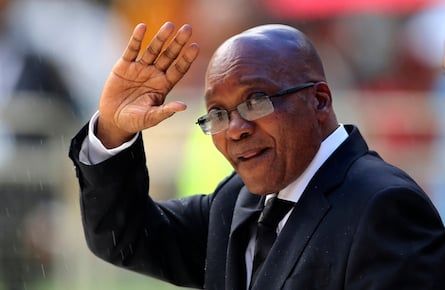 While international media are reporting that South Africa is convulsing with grief in the wake of Mandela’s death, the reality is less dramatic. Tata Madiba, as the nation affectionately calls him, had been absent from public life for years, and from political life even longer. On the occasions when he was seen, he was ashen and frail, a glaring reminder that the dynamic statesman’s era had passed. “Mandela did an enormous amount,” says Ainjuli Maistry, a 27-year-old human rights lawyer in Johannesburg, “but poverty is still an issue, people need jobs and, most of all, people need education.”

When Mandela died last Thursday, masses did not flood the streets. The next day, everyone showed up to work. The Mandela memorial events, attended in droves by politicians and international media—CNN sent both Anderson Cooper and Christiane Amanpour—have seen subdued turnouts. Even the big blockbuster event held at the FNB Stadium in Soweto didn’t attract massive numbers of people. Yesterday, the bottom bowl of the stadium was a sea of orange seats.

Instead of focusing on the Mandela tributes, the commentary this morning in South African newspapers and on the radio was obsessed with the booing. “If people are prepared to show their frustration with Zuma, during the funeral of Nelson Mandela, imagine if it had been a mere sporting event,” said local journalist Stephen Grootes.

Said U.S. President Barack Obama in his memorial speech, “The struggles that follow the victory of formal equality or universal franchise may not be as filled with drama and moral clarity as those that came before, but they are no less important.” Obama’s words are decidedly relevant to the new South Africa, which is battling high unemployment, poor education and crime. As if to bring home the point, news broke Wednesday that Archbishop Desmond Tutu’s home was broken into while he was speaking at Mandela’s memorial, an embarrassing reflection of the high rate of crime in the country, driven by poverty.

Chrétien acknowledged that it’s hard for a country like South Africa, for half a century in a codified system of inequality, to grow normally. “It is difficult to take a situation in which they were living and move into a modern, competitive society,” he said. “It takes time. You cannot resolve a problem overnight.” Still, South Africans want a solution, and making their voices heard is the only way—politically correct or not—to start getting it.