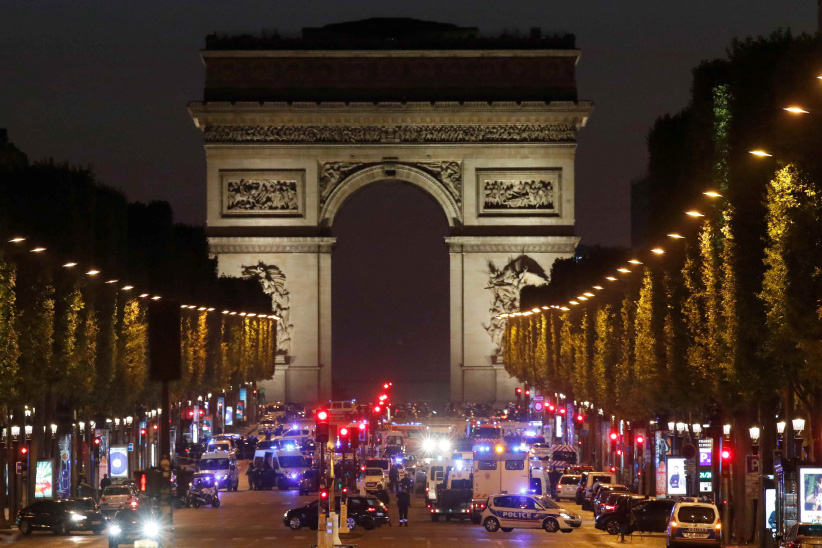 Police secure the Champs Elysees Avenue after one policeman was killed and another wounded in a shooting incident in Paris, France, April 20, 2017. (Christian Hartmann/Reuters)

Paris police say a gunman has killed a police officer and wounded another before being killed himself in an attack on the Champs-Elysees shopping district.

Paris police spokeswoman Johanna Primevert told The Associated Press that the attacker targeted police guarding the area near the Franklin Roosevelt subway station Thursday night at the centre of the avenue popular with tourists.

The attack came three days before the first round of balloting in France’s tense presidential election. Security is high preceding the vote after police said they arrested two men Tuesday in what they described as a thwarted terror attack.

The incident recalled two recent attacks on soldiers providing security at prominent locations around Paris, one at the Louvre museum in February and one at Orly airport last month.

A witness identified only as Ines told French television station BFM that she heard a shooting and saw a man’s body on the ground before police quickly evacuated the area where she works in a shop.

A French television station hosting a televised event with the 11 candidates running for president briefly interrupted its broadcast to report the shootings.

None of the candidates immediately commented.