With every terror attack, Islamic nations are further marginalized—becoming the world's problems, not partners 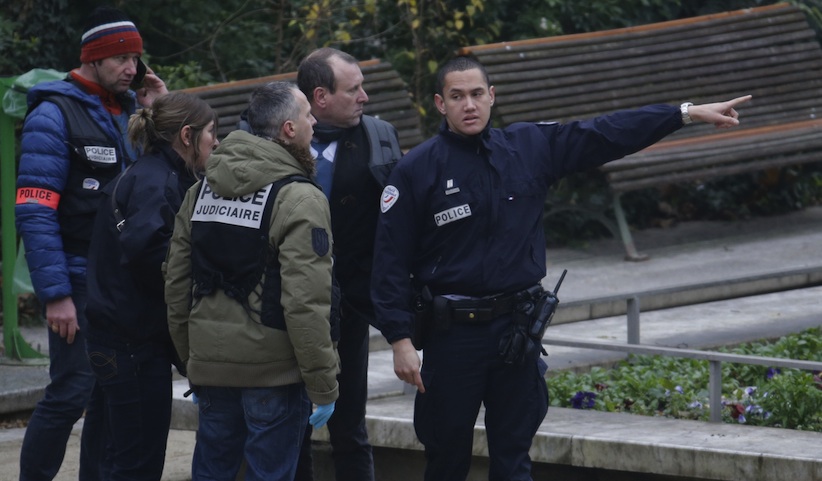 Policemen inspect the scene after a shooting at the Paris offices of Charlie Hebdo, a satirical newspaper, on Jan. 7 (Christian Hartmann, Reuters)

Today, Muslim gunmen walked through the offices of the satirical magazine Charlie Hebdo screaming, “the Prophet is avenged!” as they killed. At that very moment, by coincidence, 330 km above, the International Space Station (ISS) orbited silently over Paris.

Consider that for a moment.

Terrorists commit an act of tribal savagery in the name of a prophet who lived 1,400 years ago while right above them, gliding through space, was the most sophisticated example of mankind’s ability to transcend ignorance and fear with hope and reason.

There are 25 nations who have come together to build the space station. They include old enemies, cold-war rivals and countries who fought each other for centuries over God and gold. But there are no Islamic nations on the ISS.

Why? No one in the Muslim world has an advanced economy capable of supporting a competitive space program. Some argue it is due to a combination of “guns, germs and steel”—economic and geographic circumstances that have historically favoured some regions over others. This has left the Islamic world handicapped, unable to join the ranks of leading powers in the 21st century. Or, it could be due to historical injustices like those committed by diplomats such as François Georges-Picot and Sir Mark Sykes, who, infamously and arbitrarily, carved up the Middle East in 1917, condemning it to a cyclical hell of internecine war. Further east, colonial legacies can be faulted for the ragged states of Pakistan, Bangladesh and Indonesia. And, of course, the endless parade of self-interested dictators from Rabat to Jakarta must not be forgotten.

Related post: 12 dead after shooting at Charlie Hebdo in Paris

But those answers ignore the men, their faces covered with black masks, walking through the streets of Paris, killing in the name of their God. They might not be the reason the Islamic world has been left behind, but they are the reason it is staying there.

All faiths have their fanatics, and I won’t debate whether one desert creed is intrinsically more violent than another. But Islamist terror exists. It is endemic. It has reshaped the world over the last 20 years. And the world it created has, ironically, left Muslims further behind.

The twin towers. Subways in London. A nightclub in Bali. A memorial in Ottawa. A café in Sydney. A magazine in Paris. None of these attacks avenged the Prophet. They diminished him. None of these attacks defended Islam. They marginalized it. Incrementally, one after another, they have forced us to treat Islamic nations as problems, not partners. Governments around the world—Australia, China, Russia, France, the United States—now see Muslim nations as places that must be contained, sidelined and neutralized. Partners in a space program? No. Impossible.

We, and our governments, don’t say this. In fact, we do all we can to make it appear otherwise. U.S. President Barack Obama himself proposed using the NASA space program as a tool to reach out to the Islamic world, for example. Nonetheless, with every act of terror, we push the Muslim world further way. We accept fewer refugees. We send more drones. We watch more mosques. We close more embassies. We issue fewer visas. We leave them further behind.

Related post: Charlie Hebdo had a history of drawing ire

This may be unfair and ultimately counterproductive, but it is true. Islamist terror has achieved nothing but to weaken and isolate Islam. Will these attacks eventually end, as the zealots realize what they have wrought? Or have we now passed the tipping point, where Islamic culture can only continue to self-destructively spiral inward? I can’t offer a prediction. But mankind is now in space, and we didn’t bring the Muslim world with us.