Seven frames from the middle of the mayhem

Canadian photographer Ian Bethune was smack dab in the middle of all the pontifex action today. Here are seven of his frames that detail the mood leading up to the big papal reveal. 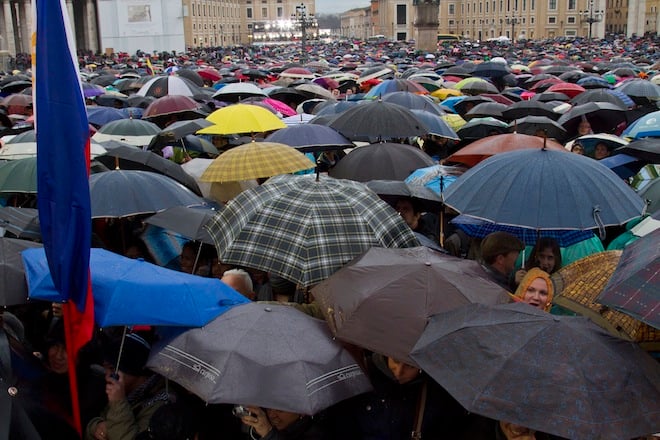 Tens of thousands of people gathered in the piazza and adjoining area in front of St. Peter’s today. 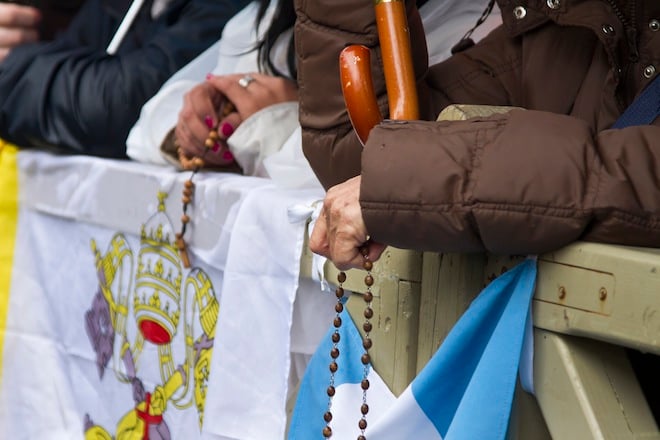 Members of the crowd clutch rosaries. 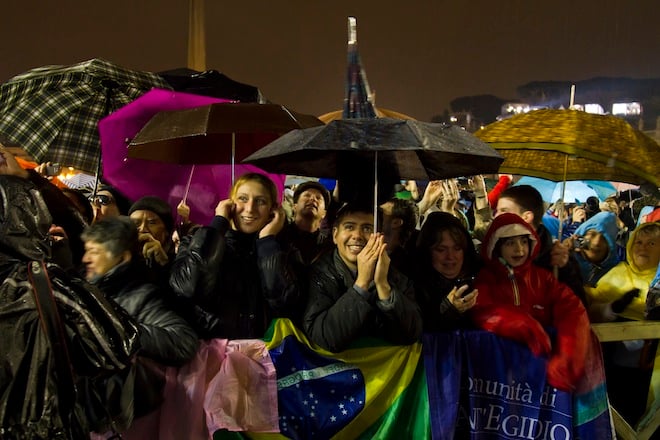 Brazilian Catholics in the piazza react to the white smoke from the Sistine Chapel. 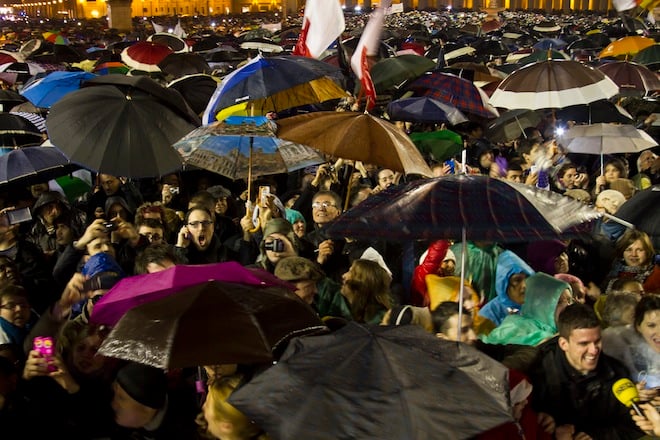 The crowd reacts as the 266th pope appears on St. Peter’s balcony. 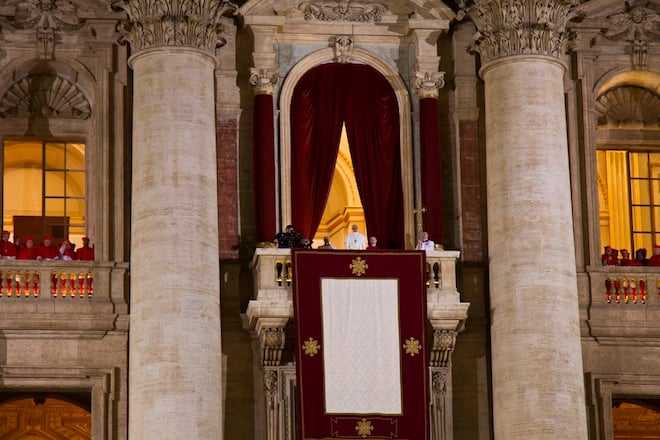 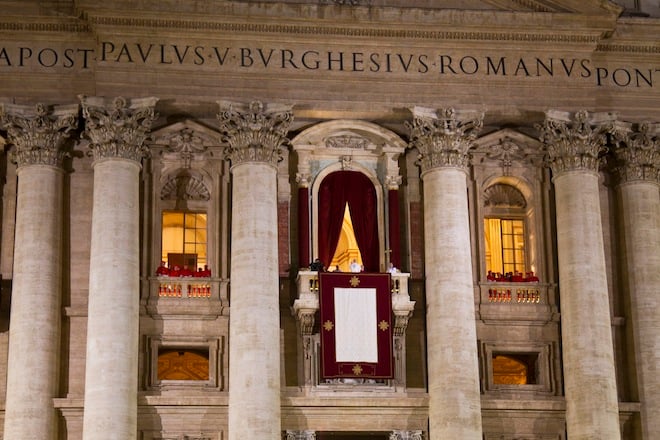 Cardinals gather in the balconies on either side of Pope Francis. 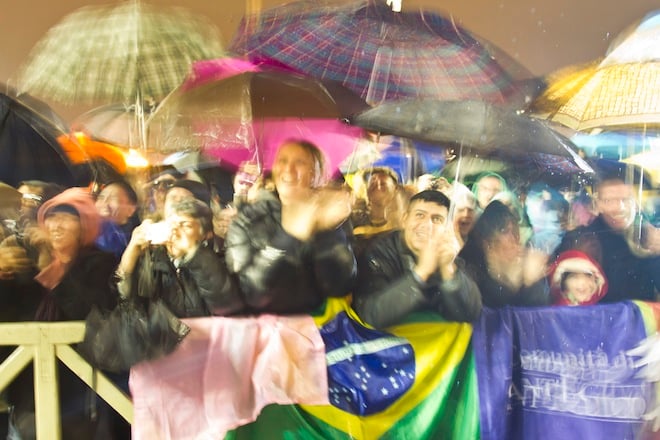