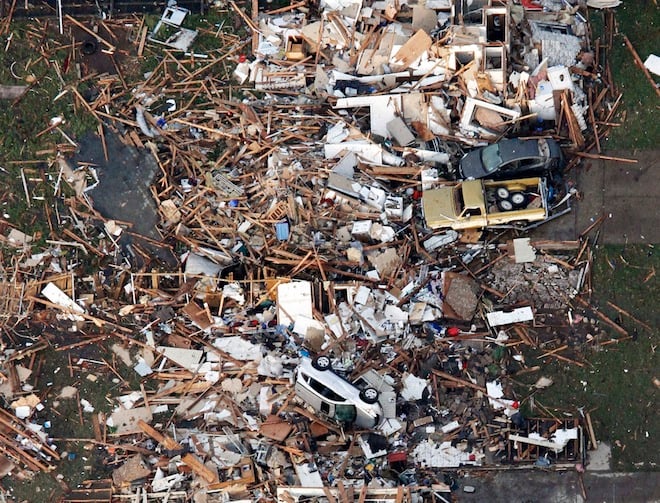 This aerial photo shows the remains of houses in Moore, Okla., following the three-kilometre-wide tornado on Monday, May 20, 2013 that roared through the Oklahoma City suburbs, flattening entire neighborhoods, setting buildings on fire and landing a direct blow on an elementary school.  (Steve Gooch/AP) 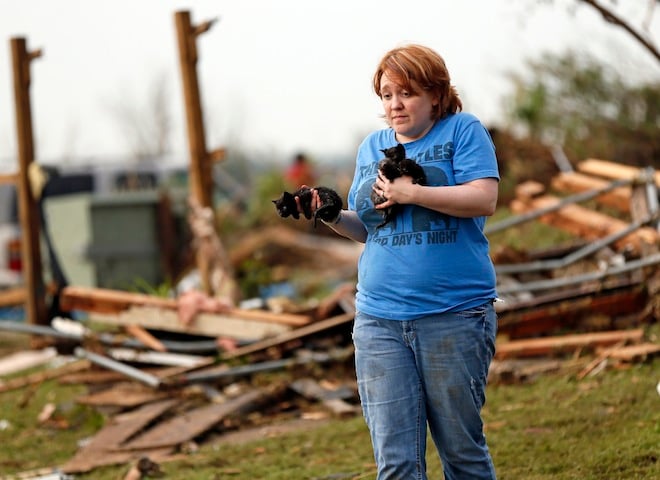 Rachel Hilton holds stray kittens she found in the debris of her parents’ home in Moore, Okla at SW 149th and Stone Meadows Dr. (The Oklahoman, Nate Billings/AP) 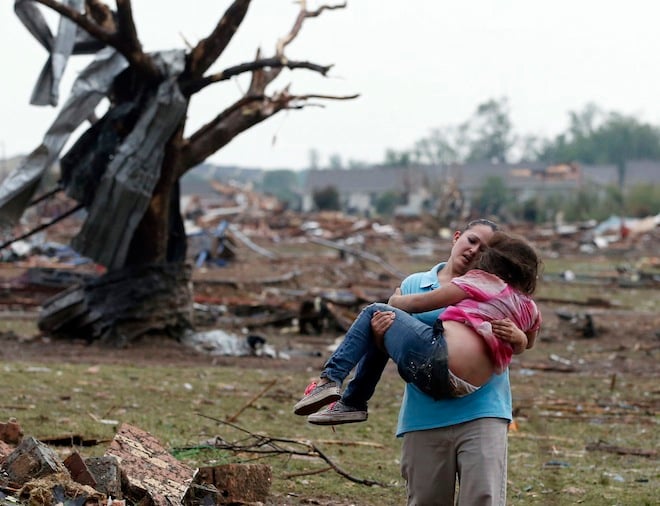 A woman carries a child through a field near the collapsed Plaza Towers Elementary School in Moore, Okla. The relationship between the woman and the child was not immediately known. (Sue Ogrocki/AP) 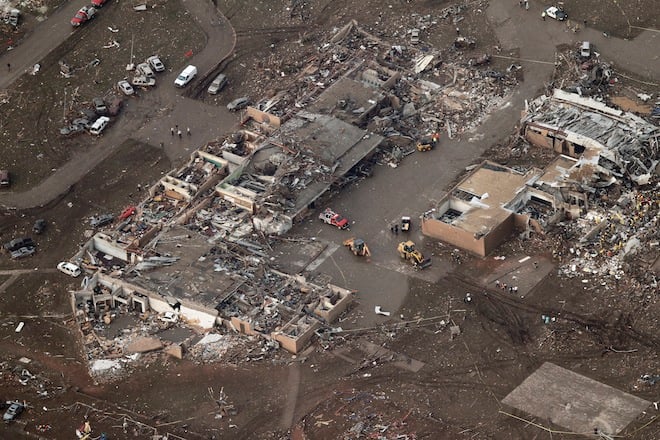 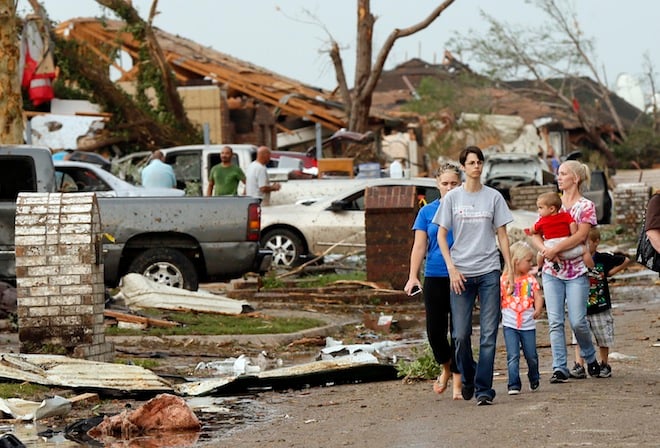 People walk through a neighborhood south of SW 149th between Western and Hudson. (The Oklahoman, Nate Billings/AP) 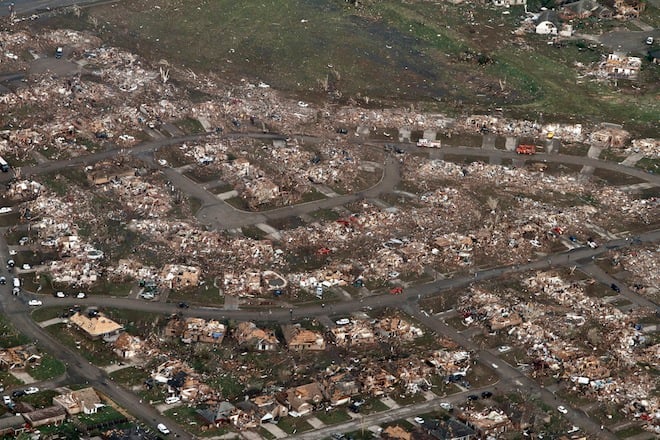 This aerial photo shows the remains of homes after the tornado, whose winds were upwards of 320 kph, struck. (Steve Gooch/AP)

A law enforcement official stands in the yard of a damaged home in Moore, Okla. (Gene Blevins/Reuters) 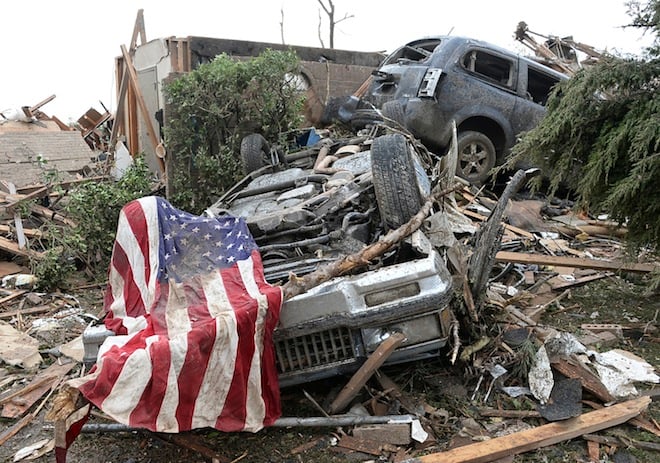 An American flag lies on top of an overturned car in Moore, Okla. Twenty-four people have been confirmed dead, reports The New York Times. It is possible that the number of dead could rise, as rescuers comb through the wreckage of destroyed buildings, including two schools and a hospital, which were levelled during the storm. (Gene Blevins/Reuters)