By The Associated Press September 8, 2015 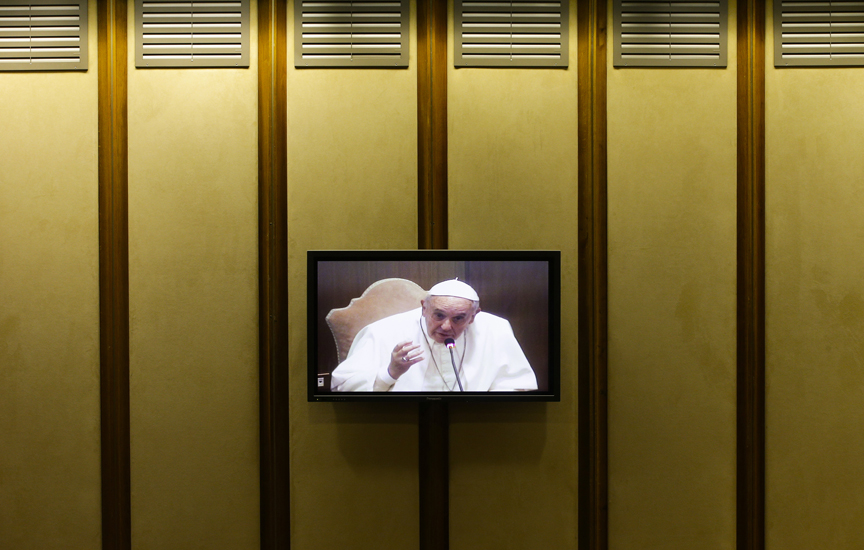 VATICAN CITY — Pope Francis radically reformed the Catholic Church’s process for annulling marriages Tuesday, allowing for fast-track decisions and removing automatic appeals in a bid to speed up and simplify the procedure.

Francis issued a new law regulating how bishops around the world determine when a fundamental flaw has made a marriage invalid.

Catholics must get this church annulment if they want to remarry in the church. But the process has long been criticized for being complicated, costly and out of reach for many Catholics, especially in poor countries where dioceses don’t have marriage tribunals.

Reasons for granting annulments vary, including that the couple never intended their marriage to last or that one of the spouses didn’t want children.

Without the annulment, divorced Catholics who remarry outside the church are considered to be adulterers living in sin and are forbidden from receiving Communion — a dilemma at the core of a current debate roiling the church that will come to the fore next month at a big meeting of the world’s bishops.

Francis’ new document will likely add to the debate, given that as recently as a three years ago, conservatives in the Vatican were pondering a tightening of annulment norms.

Francis’ biggest reform involves a new fast-track procedure, handled by a bishop, that can be used when both spouses request an annulment or don’t oppose it. It can also be used when other proof makes a more drawn-out investigation unnecessary.

It calls for the process to be completed within 45 days.

Another reform is the removal of the appeal that automatically took place after the first decision was made, even if none of the parties wanted it. An appeal is still possible, but one of the parties must request it — a simplification that was used in the United States for many years.

The reform also allows the local bishop, in places where the normally required three-judge tribunal isn’t available, to be the judge himself or to delegate the handling of the cases to a priest-judge with two assistants.

That measure is aimed at providing Catholic couples with recourse to annulments in poorer parts of the world, or places where the church doesn’t have the resources or manpower to have fully functioning tribunals.

In the document, Francis insisted that marriage remains an indissoluble union and that the new regulations aren’t meant to help to end them. Rather, he said, the reform is aimed at speeding up and simplifying the process so that the faithful can find justice.

The overall aim of the reform, he said, “is the salvation of souls.”

Significantly, the reform places much more importance on the local bishop in handling marriage cases and reducing the need for recourse to the Vatican’s own courts — part of Francis’ overall reform of the Catholic Church itself to decentralize power back to local bishops and bishops’ conferences.

The reform, which was the result of a yearlong study by canonists, is the second major initiative Francis has taken in as many weeks that will have reverberations in the United States, where Francis will visit later this month. Last week, he said he was letting all rank-and-file priests grant absolution to women who have had abortions _an initiative for the upcoming Year of Mercy that has had significant impact in a country where the abortion debate is a pressing political issue.

Nearly half of the total annulment cases in the world come from the United States, thanks in part to its well-functioning tribunal system. The new reforms might speed up the U.S. numbers further, though the Center for Applied Research in the Apostolate at Georgetown University has noted that the overall number of annulment cases in the U.S. and globally has dropped, as the world’s population ages and the number of marriages celebrated in the church has declined.

Already, some conservatives have criticized Francis’ abortion initiative as running the risk that some might misinterpret it as a softening on the church’s opposition to abortion. Conservatives have also warned that simplifying the annulment procedure could imply the church is making it easier for couples to essentially get a “Catholic divorce.”

Francis has long called for the church to be less legalistic and more merciful and understanding of the needs of its flock.

“To those who think Francis is watering down marriage or making it too easy to forgive abortion, the question is: What precisely is the argument against compassion?” said Christopher Bellitto, an associate professor of history at Keane University.

Catholics have long complained that it can take years to get an annulment, if they can get one at all. Costs can reach into the hundreds or thousands of dollars for legal and tribunal fees, though some dioceses have waived their fees.

In the document, Francis called for the fees to be waived, except for the “just” payment of tribunal personnel.

Francis had already called for annulments to be free, saying all Catholics have the right to justice from the church. He has also said the church should take into account that ignorance of the faith can be a reason to declare a marriage invalid.

Francis has previously quoted his predecessor as Buenos Aires archbishop as saying half of the marriages that are celebrated are essentially invalid because people enter into them not realizing that matrimony is a lifelong commitment.

Norms attached to the new law say that the “lack of faith” can be a cause for an annulment.