The socialist collectives made famous in the 1960s have a new mission: making money in a suburban utopia 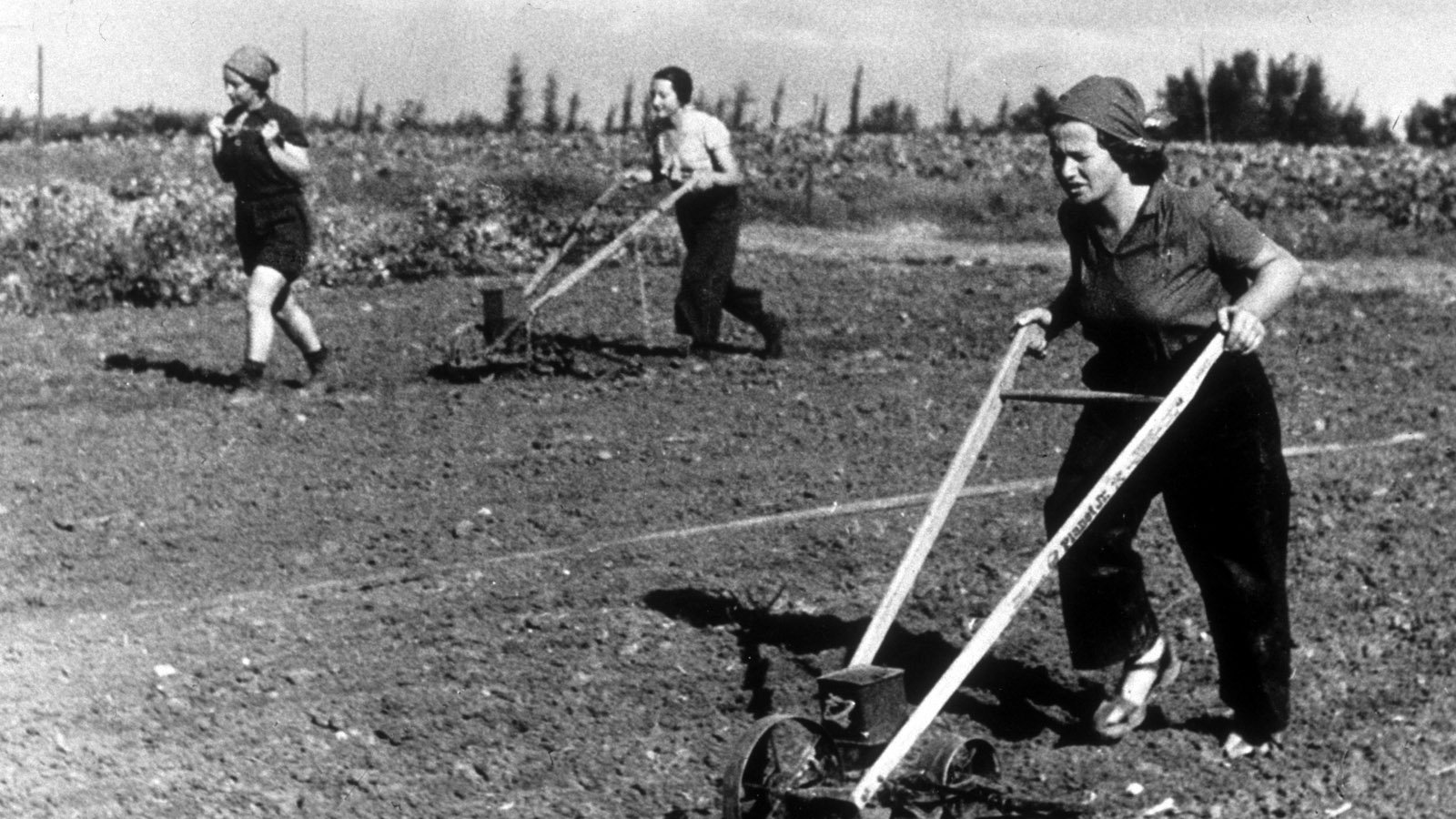 Rony Cristal, 51, grew up on a Kibbutz Zefat—an Israeli collective farm—in the 1960s near the Sea of Galilee. It was a utopian childhood, in the strictest socialist terms. Each adult was assigned a job working the fields, cleaning houses or cooking in the communal kitchen. Nobody had private possessions or earned a salary and everyone wore identical uniforms. Everything was shared: food, gifts, cars, even children. Like all kibbutznik kids of that generation, Cristal grew up sleeping separately from her parents in a “children’s house,” supervised by members of the collective. Her parents were allowed to see her only three hours a day.

“It was a very happy childhood,” she smiles. Cristal’s family moved to Tel Aviv when she was 11 because her parents wanted a more private life. In her 20s, Cristal returned to a different kibbutz, Merom Golan in the Golan Heights. Here she met her husband, Dror. Together they raised three children in this bucolic rural setting. But Rony and Dror’s life as kibbutzniks today bears almost no resemblance to her childhood.

This is because the modern day kibbutz has been privatized. All but 60 of Israel’s 273 original collective farms have abandoned the socialist way of life. The restructuring, which many would argue has seen the kibbutz movement abandon its founding principles, has been a success from a practical point of view. After a long period of decline in the 1980s and ’90s, kibbutz life is again on the rise. According to the official Kibbutz Movement, an Israeli umbrella organization, the population of some 143,000 was at its highest ever in 2010 after a growth of 20 per cent between 2005 and 2010. These days more people are joining kibbutzim than leaving them.

Many contemporary Israeli kibbutzim are serious businesses and accounted for nine per cent of Israel’s industrial output and 40 per cent of agricultural output in 2010. Some have developed profitable military and high- tech companies. In Merom Golan, approximately 500 people live in an affluent suburb of cottages carved into the side of a green mountain. There is a fully operational farm that produces fresh and seasonal produce and meat. There is a swimming pool, horse stables, petting zoo, doctor and dentist’s office, daycare and school, as well as a hotel and a full-service restaurant.

Today the kibbutzim treat their organizations as more of a social club than a way of life based on a political ideology. Of the 500 people who live on Merom Golan, only 150 are voting members of the kibbutz (the rest buy or rent houses and pay fees for services). Lawyers, doctors, engineers and even one former politician live on the kibbutz and practise their professions outside. Outsiders are welcome—so long as they can afford it. The kibbutz has over a thousand acres (a gift from the Israeli government and part of the push to settle the disputed Golan, which it annexed from Syria during the Six Day War in 1967). A plot of land costs up to $150,000, but must be developed according to the kibbutz’s modest specifications (no tacky McMansions allowed).

It’s all evidence of the kibbutz’s surprising comeback story—a fitting narrative for the pioneers who founded these places back in the ’20s and ’30s when the Zionist movement was just starting to take hold. In the 1960s, as many as 12,000 foreign volunteers a year arrived from the West to live and work on kibbutzim, but by the late ’70s and ’80s, with Communism looking increasingly shaky and the second generation of kibbutzim coming of age, things began to change. “People started to want more things for themselves,” Dror explains, stroking his long grey beard. “They wanted to raise their own kids and to study what they wanted and keep the money they earned. Also there were a lot of parasites—lazy people. So eventually hard-working kibbutzniks became sick of this way of life.”

By 2000, more than half of Israel’s collective farms were bankrupt and many of the rest were close to it. Violence during the second intifada all but shut down the foreign volunteer programs. During this period—a time old-school kibbutzniks refer to as the Big Break —Dror and Rony Cristal considered leaving. But once privatization took hold, things got better. Tourism dollars began flowing in, hard labour was outsourced and people seemed happier, if not quite as closely connected.

Even in these capitalist times, kibbutz life is not without its benefits. Last year the Cristals opened a restaurant in a neighbouring town only to see it go under. When they couldn’t pay their suppliers, the kibbutz gave them a low-interest loan to do so, saving them from bankruptcy. “Thank God we stayed,” says Dror, “not just because it’s a beautiful place for our children to grow up but because without the kibbutz today, we’d be sunk.” 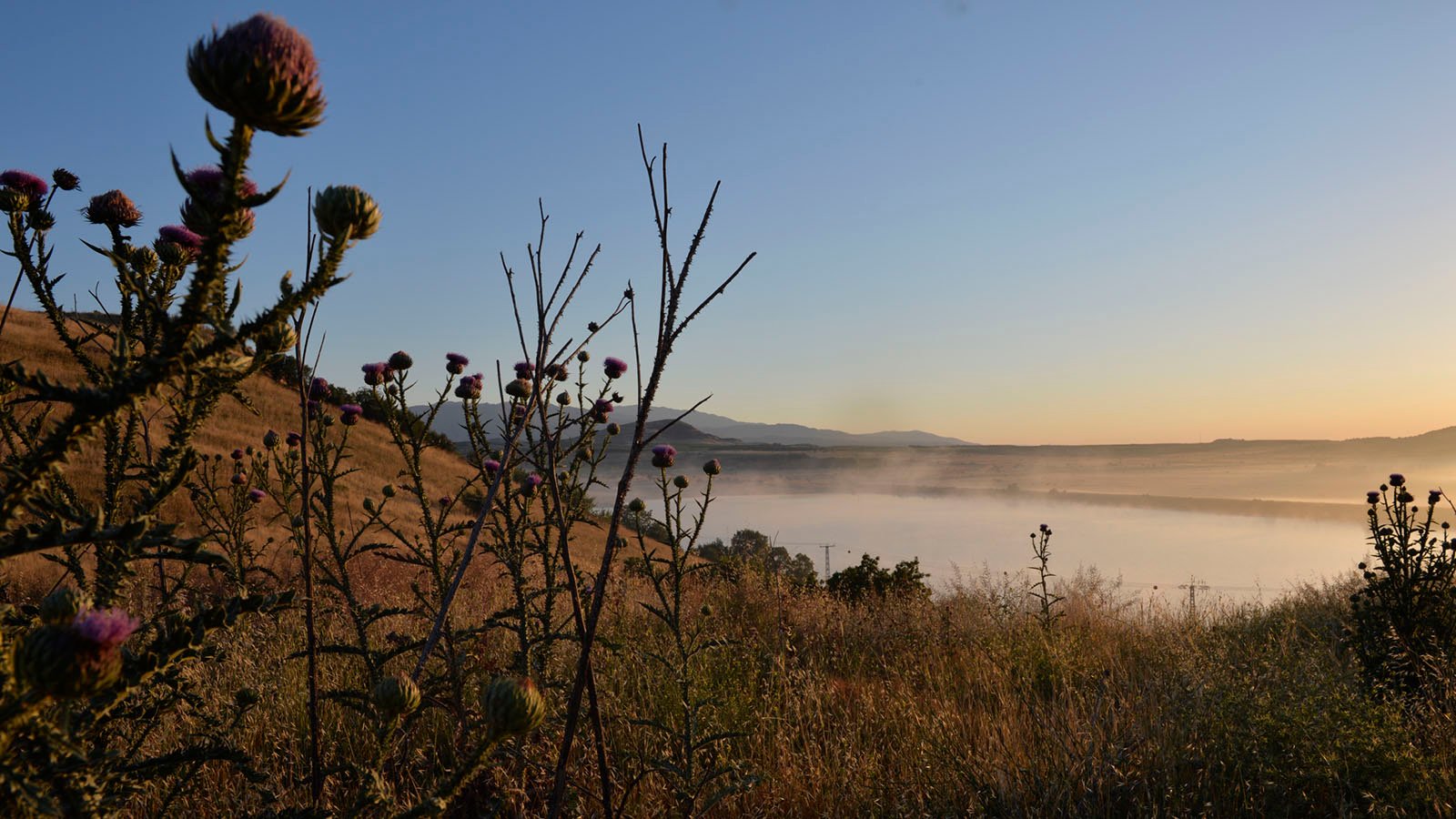 The view east from Kibbutz Merom Golan, overlooking the Bental Reservoir, towards the Syrian border. Photograph by Jonathan Bloom.