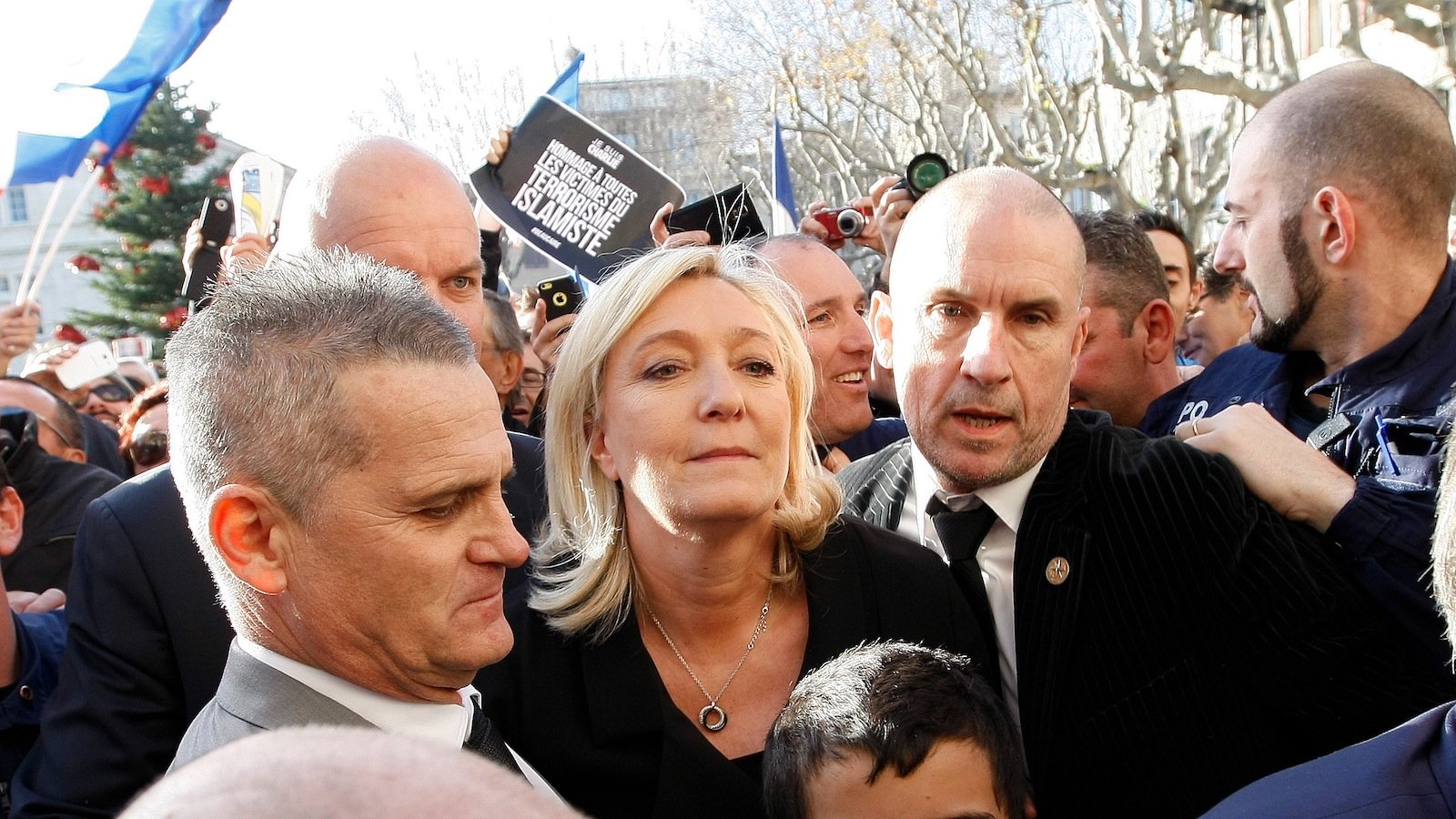 Le Pen had been riding high after extremist attacks and an unprecedented wave of migration into Europe, and the party came out on top in six of France’s 13 newly drawn regions in the first-round vote a week ago. But projections by France’s major polling firms suggested that failed to translate into any second-round victories.

Ipsos, Ifop and TNS-Sofres projected that Le Pen won around 42 per cent of the vote in the Nord-Pas de Calais region, compared with about 57 per cent for conservative Xavier Bertrand.

The Socialists pulled their party out of both races and it appears that many voters cast ballots to prevent the once-pariah National Front from gaining power.

Related: France’s far right keeps it in the family

The polling agencies base their projections on actual vote count in select constituencies. Official results are expected early Monday.

Turnout figures were 7 per cent higher than for the previous regional elections in 2010, with 50.4 per cent of those eligible to vote casting ballots by 5 p.m. (1600 GMT), three hours before polls were to close in big cities, according to the Interior Ministry. The second-round turnout at the same time five years ago was 43. 4 per cent.

Candidates have tried to lure to the ballot box the nearly 50 per cent of those who failed to vote in the Dec. 6 first round, and those votes appeared to have been decisive.

The once-powerful Socialist Party, which currently controls all but one of France’s regions, came in a poor third place in the first round and pulled out of key races in hopes of keeping the National Front from gaining power. Former President Nicolas Sarkozy’s party came in a strong second, and hoped to make substantial gains in Sunday’s runoff.

Winning control of any region would have been an unprecedented boost for the National Front _ and especially for Le Pen’s hopes for the presidency in 2017.

The atmosphere in the hall in Henin-Beaumont where National Front supporters were gathered to watch election results was grim, in stark contrast to a week earlier when Le Pen won more than 40 per cent of the vote.

The region where Marine Le Pen was a candidate includes the port city of Calais, a flashpoint in Europe’s migrant crisis this year, and suffers high unemployment. Bertrand, a former labour minister, is from former President Nicolas Sarkozy’s mainstream conservative Republican party.

There was an especially marked jump in turnout Sunday around Calais compared to the first round.

Marechal-Le Pen, 26, is the youngest legislator in France’s Parliament. She has used a soft touch to deliver hard messages on migrants and Muslims that outdo her tough-talking aunt.

The National Front has racked up political victories in local elections in recent years, but winning the most seats in an entire regional council would have been a substantial success.

The election was seen as an important measure of support for Le Pen ahead of 2017 presidential elections.

The French, more than many other nations, have a very defined value system and fear that allowing a party associated with extremism to take power would damage their sense of identity.

Le Pen cast her ballot in the northern city of Henin-Beaumont, one of 11 run by the National Front. She denounced “this giant campaign of insults, slander, fear” by her rivals during a bitter campaign. Socialist Prime Minister Manuel Valls has called the National Front a “scam” that “fools the French” and a divisive party that could “lead to civil war.”

The governing Socialists ordered their candidates to withdraw from the regions where Le Pen and Marechal-Le Pen were running and to vote for the right to block their candidacies. The Socialist candidate refused to pull out in a third region, in the east, where the projections showed the National Front’s No. 2, Florian Philippot, losing as well.