Thriving on chaos, Putin will continue to lash out, destabilizing the old world order 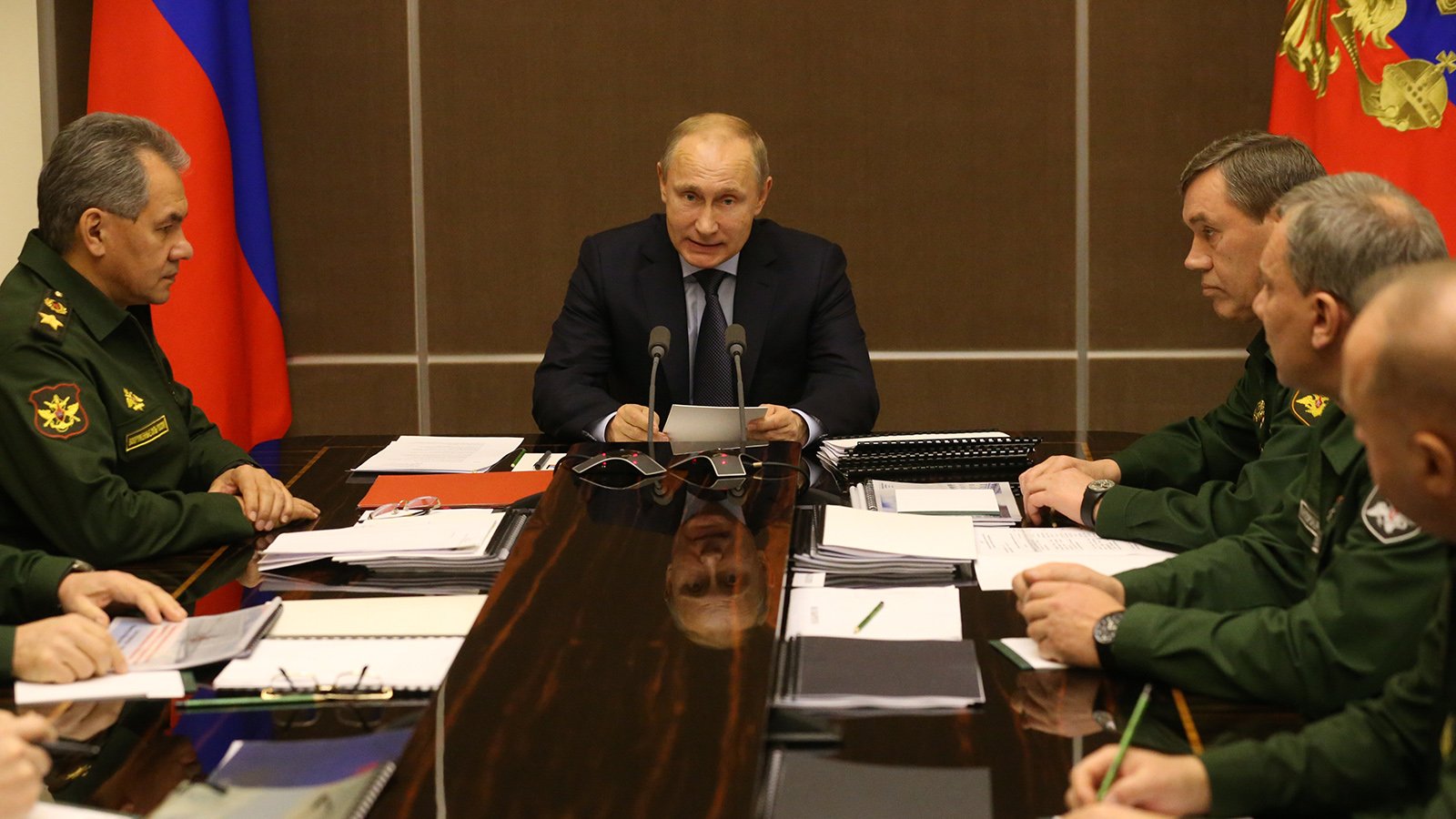 It’s much easier to predict what Russian President Vladimir Putin won’t do in 2015 than what he will. Putin will not end Russia’s occupation of Crimea. For that matter, he’s unlikely to end Russia’s brazen yet brazenly denied military intervention in eastern Ukraine. And he probably won’t try to repair Moscow’s relationship with Europe and the rest of the West. Beyond that, it’s a mug’s game. Putin’s aggression in 2014 completely overturned widely held assumptions regarding Europe’s post-Cold War order. Treaties can’t be trusted. Borders don’t seem secure. It’s no longer obvious that the Cold War itself is a thing of the past.

The biggest questions loom over Ukraine. But to know what Putin may do there requires understanding his larger strategy: Does Putin wish to annex more of Ukraine, split the country in two, weaken and destabilize it, or force it to come simpering back to Moscow’s lap, begging for forgiveness? No one’s really sure.

In the short term, having annexed Crimea, Putin finds himself in a bit of a bind. The territory doesn’t share a land border with Russia, but now, Putin is responsible for the welfare of its residents, who need everything from gas to water to survive. Tourism, once a major source of revenue, has pretty much dried up. Russia is in a poor position to shoulder the extra financial burden. Its economy, suffering because of Western sanctions and falling oil prices, is expected to fall into recession next year.

Balazs Jarabik, a visiting scholar at the Carnegie Endowment for International Peace, worries that unless Russia and Ukraine can agree on a way to supply Crimea, Putin may escalate his military intervention to create a land bridge linking Crimea to territory held by pro-Russian rebels in eastern Ukraine. Such a move would also take Russian troops to within approximately 300 km of Transnistria, a pro-Russian breakaway region of Moldova. Pressing across southern Ukraine to reach Transnistria and link it by land to Russia would be tempting.

This would come with a steep cost. Western sanctions would increase, and more Russian soldiers would die. Besides, Russia may not want a bigger piece of Ukraine than it already has. Its annexation of Crimea was lightning-quick. But, after months of conflict, it still hasn’t made similar moves to take formal control of Ukrainian territory in the hands of pro-Russian rebels. “It may be more of a pressure point, if they keep it as an open status,” says Steven Pifer, a senior fellow at the Brookings Institution and former American ambassador to Ukraine.

According to Orysia Lutsevych, a research fellow at the London-based think tank Chatham House, Putin’s goal in Ukraine is not land, but power. She says he wants to keep Ukraine weak for several reasons: to punish it for the revolution that toppled the pro-Russian president, Viktor Yanukovych, earlier this year; to prevent Ukraine from reorienting its politics westward toward NATO and the European Union; and to demonstrate to Russians that the sort of pro-democracy street movement that unseated Yanukovych is doomed to fail—and will fail if it is attempted in Russia.

Pifer believes further Russian aggression in Ukraine might be deterred if the West provides Ukraine with “defensive” arms, such as portable anti-tank missiles, to raise the cost to Russia of new military offensives. While most Russians supported Moscow’s annexation of Crimea, they don’t want to fight a large-scale war in Ukraine.

Jarabik isn’t so sure that a continued Western pressure on Russia will force Moscow to change its behaviour. Putin, he says, thrives on Russians’ perception that the West is besieging their country. “When the Russians think things are bad, or they are actually bad, they mobilize against the enemy. The Russian tolerance for suffering and sacrifice is much higher than the European one,” he says. “The more we mobilize the Russians with our sanctions policy and with our reactions in Ukraine, the better for the Kremlin.” Instead, Jarabik says, the West should focus on helping Ukraine while also de-escalating tensions with Russia. He says Russia’s ongoing confrontation with the West, and the sanctions that come with it, provide Putin with a scapegoat to blame for Russia’s ills.

It’s true that Putin has thrived on the chaos he has created in Ukraine. Polls put his approval rating above 80 per cent. He’s seen as a strong leader who stood up to the West and, by annexing Crimea in the face of protesting howls from Washington, won. But Putin’s aggression in Ukraine may ultimately cost Moscow the influence it, until recently, enjoyed there. While it’s taken some territory, the rest of the country is unlikely to see Russia as a potential friend and partner again. Kyiv recently signed the association agreement with the European Union that Yanukovych rejected.

None of this is of much comfort to other countries that feel threatened by Russia. There are large ethnic Russian minorities in the Baltics that Moscow might decide are in need of protection. “Vladimir Putin has this huge antipathy toward NATO,” says Pifer. “If he saw an opportunity to make a challenge to NATO, he might be tempted to try it.” It feels in many ways like a return to the Cold War, when the world could be divided into opposing power blocs. There are differences today, says Pifer. Then, the confrontation was total: military, economic and ideological. Things aren’t so bad now, he says, but adds: “We are in the most difficult period since 1990,” when the Cold War was winding down.

Russia and the West still have overlapping interests. Trade between Russia and Europe is significant. Radical Islam is a mutual concern. “If Afghanistan fails in a year or two, that’s a bad thing for the United States,” says Pifer, “but it’s a problem that’s 9,000 km closer for Russia.” It’s the sort of reality that would seem like a reason for Putin to reach some sort of accommodation with the West. And yet, so much of what Putin has done in the past year suggests he believes Russian and Western goals conflict.

There are those in NATO capitals who hope he might still be persuaded otherwise. They will probably be frustrated. “I think Putin will at least keep everyone jittery,” says Maria Lipman, a visiting fellow at the European Council on Foreign Relations. “He’s the manager of uncertainty.”