Q&A: Simeon Garratt on trying to free his parents from China

For the last three months, Julia and Kevin Garratt have been imprisoned by China. We spoke to their son Simeon on what he knows 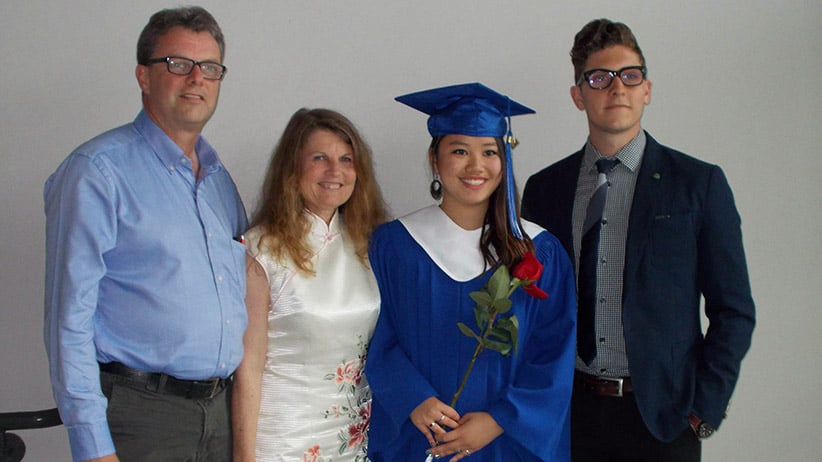 For the past three months Julia and Kevin Garratt, a Canadian couple from Vancouver, have been detained by the Chinese government. The couple ran a popular coffee shop in the city of Dandong, near the border with North Korea. No charges have been made against them and they’ve been given no opportunity to speak directly with their sons, Simeon and Peter, much less the outside world. Speaking from Beijing, in the wake of Prime Minister Stephen Harper’s recent visit there, Simeon explains why he’s optimistic about his parents’ fate.

Over the weekend, Stephen Harper visited Beijing and said he raised concerns with the Chinese government about your parents’ situation. He also signed a $2.5-billion trade deal. What are your thoughts on that?

I met with the head of consular affairs at the Canadian embassy, and he told me that things are going well in terms of government exposure, and the Canadian government bringing it up at the highest levels.

I’m not really upset about Harper making the trade deal, even though my parents are being detained. In his dialogue after the [trade0 meeting, he said he raised every issue he could. Then, hearing the Chinese side say they’re following their judicial procedure, that all made me feel a little more satisfied. Harper didn’t have to say anything, and the Chinese government didn’t have to respond at all. Yet they both did. What transpired is positive for my family.

When you met with the consular head, what kind of updates did he give you about your parents’ conditions?

He said, relative to other consular cases, these visitations have been phenomenal. Canadian consular officers have actually been able to see my parents every two weeks. And the Chinese officials have accepted almost every request that my parents made, like giving them more time outside, giving them access to additional reading materials, and now they’re able to watch TV. So it seems that the trust is building, and they’re being treated well.

There are no concerns for their safety?

I’ve been told that they’re definitely being questioned. I have no idea what it involves—that’s for the Chinese to know only, I suppose. Of course it makes me angry. But at the same time, it is an investigation, and for an investigation to prove some results and be finished, you have to have questioning. So as long as my parents are being treated well, given the circumstances, I think that’s fine.

Have you heard from Kevin and Julia directly?

No, but we have been able to exchange messages through the consular. We email notes and pictures to the consulate and they compile them, then deliver them at each visit. We don’t get a ton of specifics back, because there’s only a limited time that the consular gets to meet with them. But they’re saying things like they’re being treated well, and not to worry about their well-being.

Now that you’ve been in China for a few days, do you have any other indications about why your parents were detained in the first place?

I wish I did, but I really don’t have any idea. That’s the hardest part, there’s a lot of unknowns that none of us have been able to fill in the blanks with.

When Kevin and Julia were first detained, theories abounded online—that they were caught spying in North Korea, that they were doing illegal Christian missionary work with North Korean defectors, and more.

All that did was cloud what was going on. I don’t think that helps anyone. If you want to get into speculation there’s a million ways you can go. But now I think there’s more focus on the facts of the case, and what we do we know, which has been beneficial for sure.

After meeting with embassy officials in Beijing, why did you go to Dandong?

There’s some pretty good staff members at my parents’ coffee shop who are helping to close it up, and transfer its business licence. And that’s why I went there, I had to bring some money to help close some of its accounts, as well as work on the sale of it, and go to my parent’s house to pick up a few things to bring back to Canada. So that’s what I was doing there, along with meeting Peter, and offering him some support.

How is your brother doing?

He’s good, considering the situation. He’s got a lot going on— he’s taking part in China’s national speech competition right now, and trying to teach school, as well as deal with all the stuff that’s been going on with my family. So, relatively speaking, he’s doing really well.

You mentioned closing the coffee shop—was that the PRC’s decision or your parents’?

It’s just been bleeding cash for three months while they’ve been gone. The rent still has to be paid, and it can’t be operational currently, so it doesn’t make sense to keep it. It was a decision my brother and I made.

That must’ve been a difficult decision to make.

It was. Even during my cab ride into Dandong this weekend from the airport, the driver asked me, “Oh, do you know Peter’s Cafe?” And I almost laughed and said, “Yeah, I do.” And he said, “A lot of Canadian people go there, apparently it’s the best coffee in the city.” So just little things like that do make it sad. But who knows, maybe someone will take it over and make it into something just as awesome.

Now that the coffee shop is sold, what will your parents do after their release?

We’re pretty positive they’ll be coming back to Canada. As to what they’ll do, that’s still up in the air. Through the consulars my parents have said, when this does get wrapped up, that they’d like to come back to Canada.

What’s the next step for you?

What can be done has been done, what with Harper raising this issue at the highest levels of government. I don’t know what else is left to do, except for us as a family to keep making sure people don’t forget about it. That’s our goal. But seeing progress like this happen has definitely been a big help.