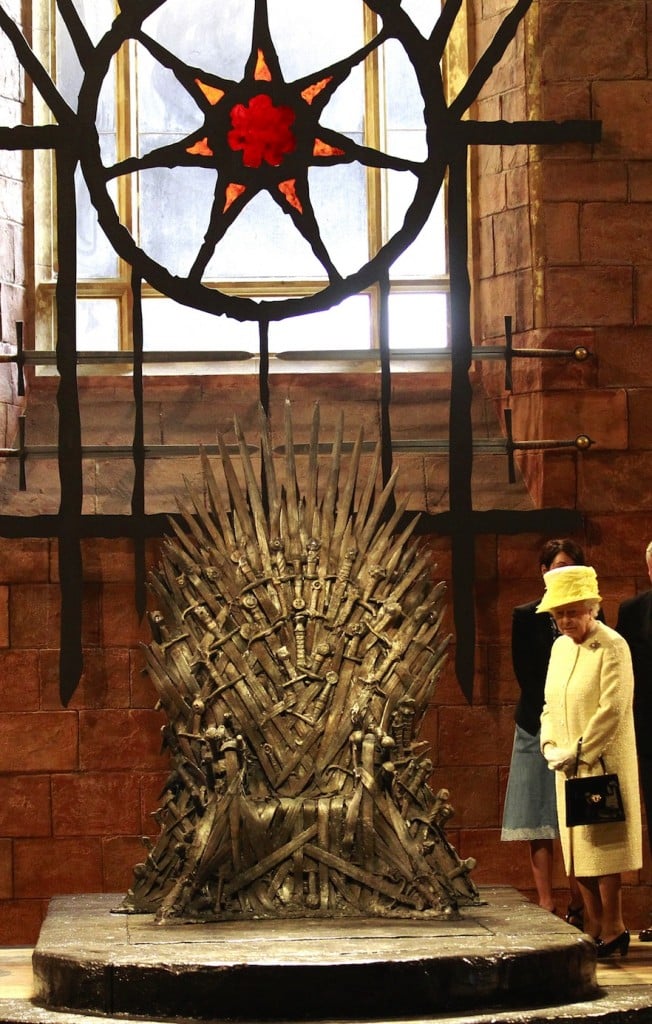 BELFAST — For Queen Elizabeth II, one throne is enough.

The United Kingdom’s 88-year-old monarch toured the Belfast sets of the hit HBO series “Game of Thrones” and met many of its stars Tuesday beside the show’s sword-covered seat of power, the Iron Throne.

Unlike many visitors to Belfast’s Titanic Studios, the monarch declined to take a seat on the throne created for the ruler of the mythical Seven Kingdoms.

The #IronThrone as you’ve never seen it before… @GameofThrones http://t.co/DQxolMsz7G

“Game of Thrones” creators David Benioff and Dan Weiss escorted the monarch through the show’s custom-made armoury, hangars of costumes, and sprawling sets used to shoot the program’s interior scenes and perilous ice-cliff ascents — part of the biggest TV production ever mounted in Europe.

The real-life head of the House of Windsor talked with actors from the show’s rival royal houses, the Lannisters and the Starks.

“She kept commenting on how uncomfortable the throne looked. That was funny,” said Maisie Williams, the 17-year-old English actress who plays Arya Stark.

“I don’t think I’ve ever been as nervous to meet anybody,” said Lena Headey, who plays Cersei Lannister, queen regent of the Seven Kingdoms.

The Queen is presented with a miniature #IronThrone during her visit to the @GameOfThrones set #QueeninNI pic.twitter.com/yIbwvlQs8W