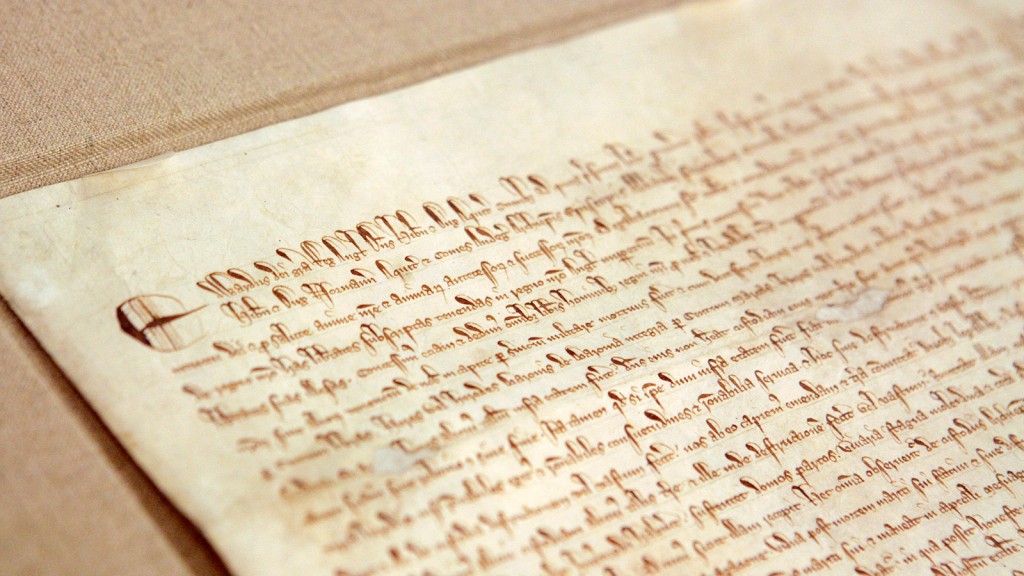 LONDON — Queen Elizabeth II led commemorations Monday to mark the 800th anniversary of the Magna Carta — but the human rights the document helped enshrine are at the centre of a modern political feud.

British Prime Minister David Cameron and U.S. Attorney General Loretta Lynch joined the queen and other royals for a ceremony at Runnymede, a riverside meadow west of London where, on June 15, 1215, despotic King John met disgruntled barons and agreed to a list of basic rights.

The Magna Carta — Latin for Great Charter — is considered the founding document of English law and civil liberties and was an inspiration for the U.S. Constitution.

It established the principle that the king was subject to the law, rather than above it, and stipulated that “no free man shall be seized or imprisoned … except by the lawful judgment of his equals or by the law of the land.”

The original charter was short-lived. King John almost immediately went back on his word and asked the pope to annul it, plunging England into civil war. It was re-issued after the king’s death.

Lynch said the charter “was neither expansive nor long-lived … but its adoption served as a signpost on a long and difficult march.”

“The principles traced back to Magna Carta represented a concept that is nothing less than the dignity of man,” she said.

Cameron said it was modern Britons’ duty to safeguard the charter’s “momentous achievement.”

But opponents accuse him of trying to undermine rights. Cameron’s Conservative government wants to replace the Human Rights Act — whose supreme arbiter is a European court — with a British Bill of Rights, a move opponents fear could weaken key protections.

Cameron said the Magna Carta had inspired everyone from women’s suffrage campaigners to Mahatma Gandhi and Nelson Mandela, who cited it at his trial in 1964.

But he added that “ironically … the good name of ‘human rights’ has sometimes become distorted and devalued,” in an apparent reference to present-day political debates.

“It falls to us in this generation to restore the reputation of those rights, and their critical underpinning of our legal system,” he added.

The 800th anniversary has brought commemorations including a British Library exhibition that united the four surviving original copies of the document, written by scribes on sheepskin parchment.

On Sunday, Britons were invited to raise a toast to liberty with a cup of tea at “LiberTea” events across the country.

And the government said the Magna Carta could also be thanked for Britons’ right to a full pint of beer. The charter stipulated that there must be standard measures for wine and beer nationwide.

“We should all be proud of our nation’s great history as a brewing powerhouse,” said government pubs minister Marcus Jones. “Therefore it is only right we celebrate Beer Day Britain alongside the Magna Carta today.”