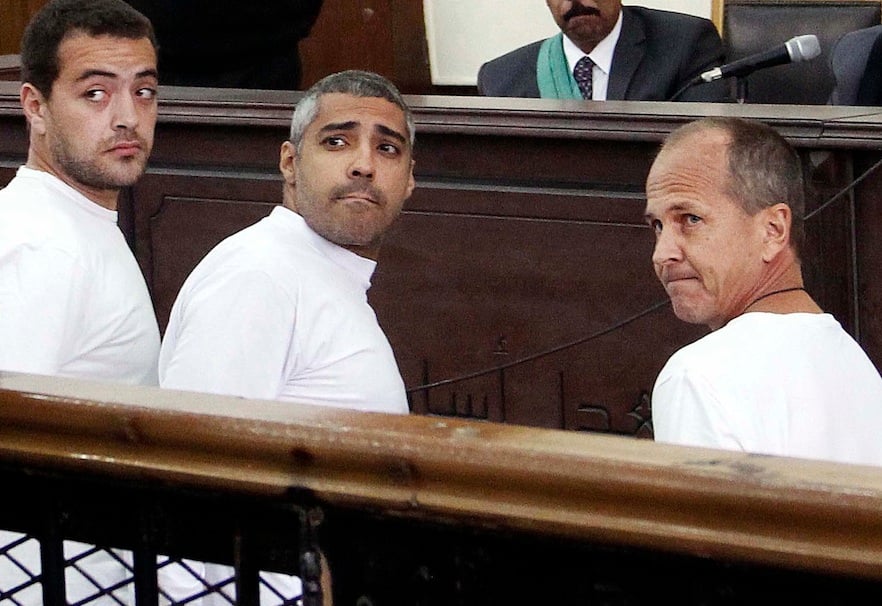 Canadian journalist Mohamed Fahmy is set to be re-tried on terrorism-related charges in Cairo later this month, a development his family called their “worst nightmare.”

Fahmy — who has spent more than a year in an Egyptian prison — was expected to be set free after former Foreign Affairs Minister John Baird said just days ago that his release was “imminent.”

But Fahmy’s family said Sunday that the 40-year-old journalist and his Egyptian colleague will now be re-tried on Feb. 12.

“The trial date on Feb. 12th represents our worst nightmare, to have to go through another circus of a retrial,” Fahmy’s brother Adel said in a statement sent to The Canadian Press.

The trio denied all the allegations against them but after a trial that was internationally criticized, Fahmy and Greste were sentenced to seven years in prison, while Mohamed was sentenced to 10 years.

An appeal in January allowed their case to be re-tried, but a date had not been set and Fahmy’s family had hoped diplomatic efforts would secure the journalist’s release before the case went to court again.

Greste was then freed last Sunday under new legislation that allows Egypt’s President Abdel-Fattah el-Sissi to deport foreigners convicted or accused of crimes.

Fahmy — who had dual Egyptian-Canadian citizenship — had relinquished his Egyptian citizenship with the hope of being released under the same legislation.

The announcement of the retrial date dealt a blow to his family, who said Fahmy gave up his Egyptian citizenship because authorities had suggested the move was a condition for his release.

“The authorities visited him before the appeal hearing on January 1st. and made a deal with him to renounce it in return for his freedom,” Fahmy’s brother said.

“It was one of the most difficult decisions he has ever taken that has left him demoralised.”

Fahmy’s family also expressed their disappointment at the Canadian government.

“We have been let down by the Canadian government’s conservative approach in the handling of the case,” Fahmy’s brother said.

“That is also the feeling of the Egyptian officials and public figures sympathizing with us who are shocked that the Canadian prime minister had not intervened yet to expedite matters.”

Fahmy, his lawyer and a number of human rights groups have called on Prime Minister Stephen Harper to personally intervene in the case.

Baird had raised Fahmy’s case multiple times with his Egyptian counterpart and noted that it would not be in Fahmy’s best interest for Canada to use “threats or tough talk” with Egypt on the matter.

Fahmy’s family said Sunday, however, that they were taking matters into their own hands.

“We are now doing the leg work ourselves as a family knocking the doors of the prosecutor, foreign ministry and presidency,” they said, adding that Amal Clooney, Fahmy’s high-profile human-rights lawyer, is expected to travel to Cairo in the coming days to press for his release.

“She had planned to fly from L.A. to Toronto to meet Fahmy upon his release but she hopes they can fly together out of Cairo toward freedom,” his family said.

He took over as acting bureau chief of Al Jazeera’s English-language channel in Cairo in September 2013.