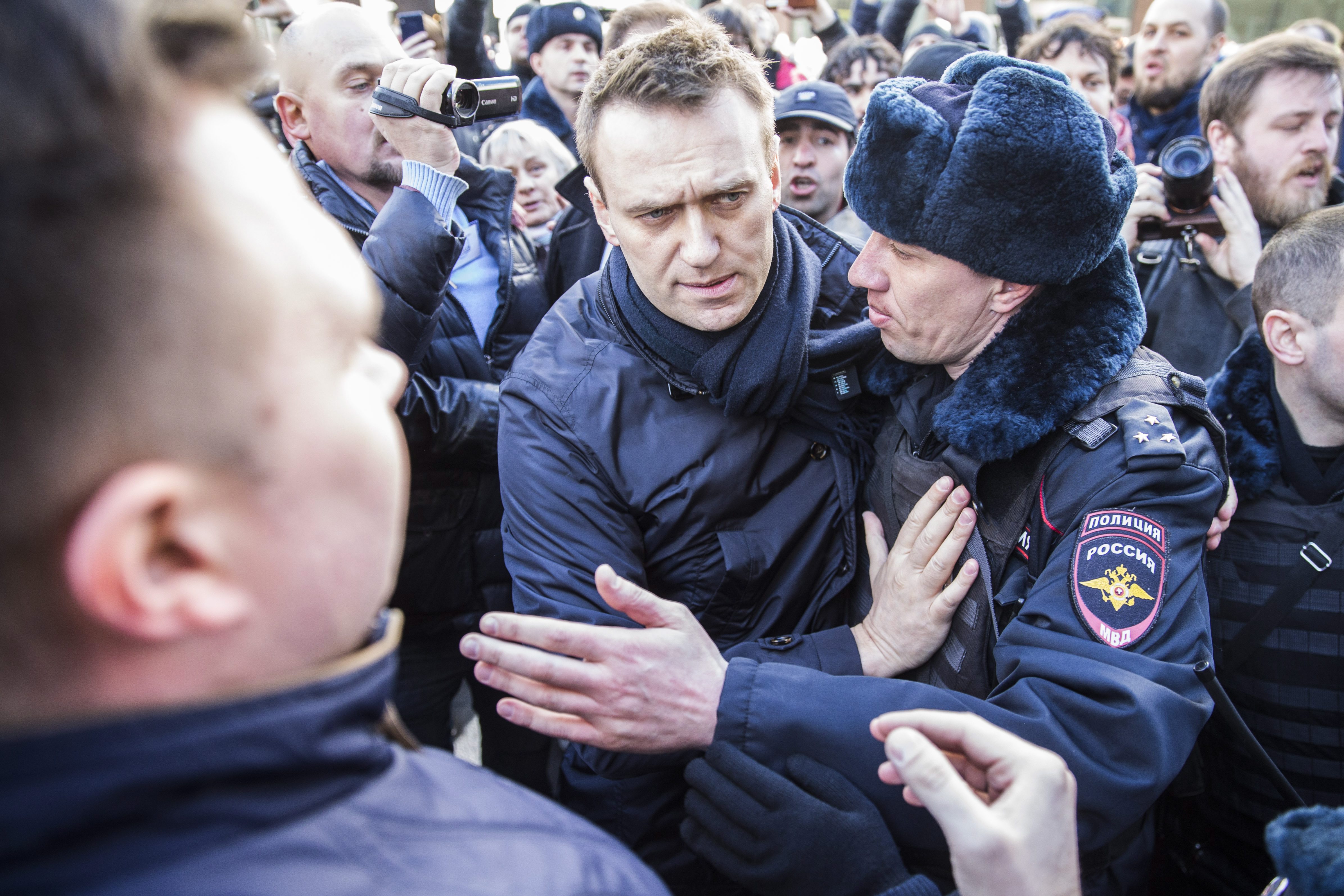 MOSCOW – The jailing of a dozen people working for Russian opposition leader Alexei Navalny was “an obvious attempt to disrupt” his anti-corruption work following major nationwide protests, a spokeswoman for his organization said Tuesday.

Eleven of them have been sentenced to seven days in jail, while Leonid Volkov, who is leading Navalny’s presidential campaign, was given 10 days for failing to respond to police orders, said Kira Yarmysh, a spokeswoman for Navalny’s Anti-Corruption Fund.

“This is an obvious attempt to disrupt the work of the organization,” Yarmysh said.

Navalny, who organized Sunday’s protests and plans to run against President Vladimir Putin in the 2018 election, was arrested immediately after arriving at a demonstration in Moscow. Navalny was sentenced to 15 days in prison Monday.

Police arrested more than 1,000 people across Russia on Sunday during protests called by Navalny against corruption. They were the largest anti-government street demonstrations in Russia for five years.

The anti-corruption fund’s most recent investigation targeted Prime Minister Dmitry Medvedev’s alleged secret wealth and collection of mansions, villas and vineyards. A video about the expose narrated by Navalny garnered more than 13 million views on YouTube and was the chief rallying cry for Sunday’s protests.

MORE: Thousands take to Russian streets in day of protest

The staff, volunteers and technical experts working for the fund who were arrested Sunday were co-ordinating a live broadcast of the protests from their office in Moscow. Police said that they refused to leave the premises when warned of a bomb threat.

Yarmysh said the organization’s offices remained sealed off Tuesday and police had seized computers and other equipment.