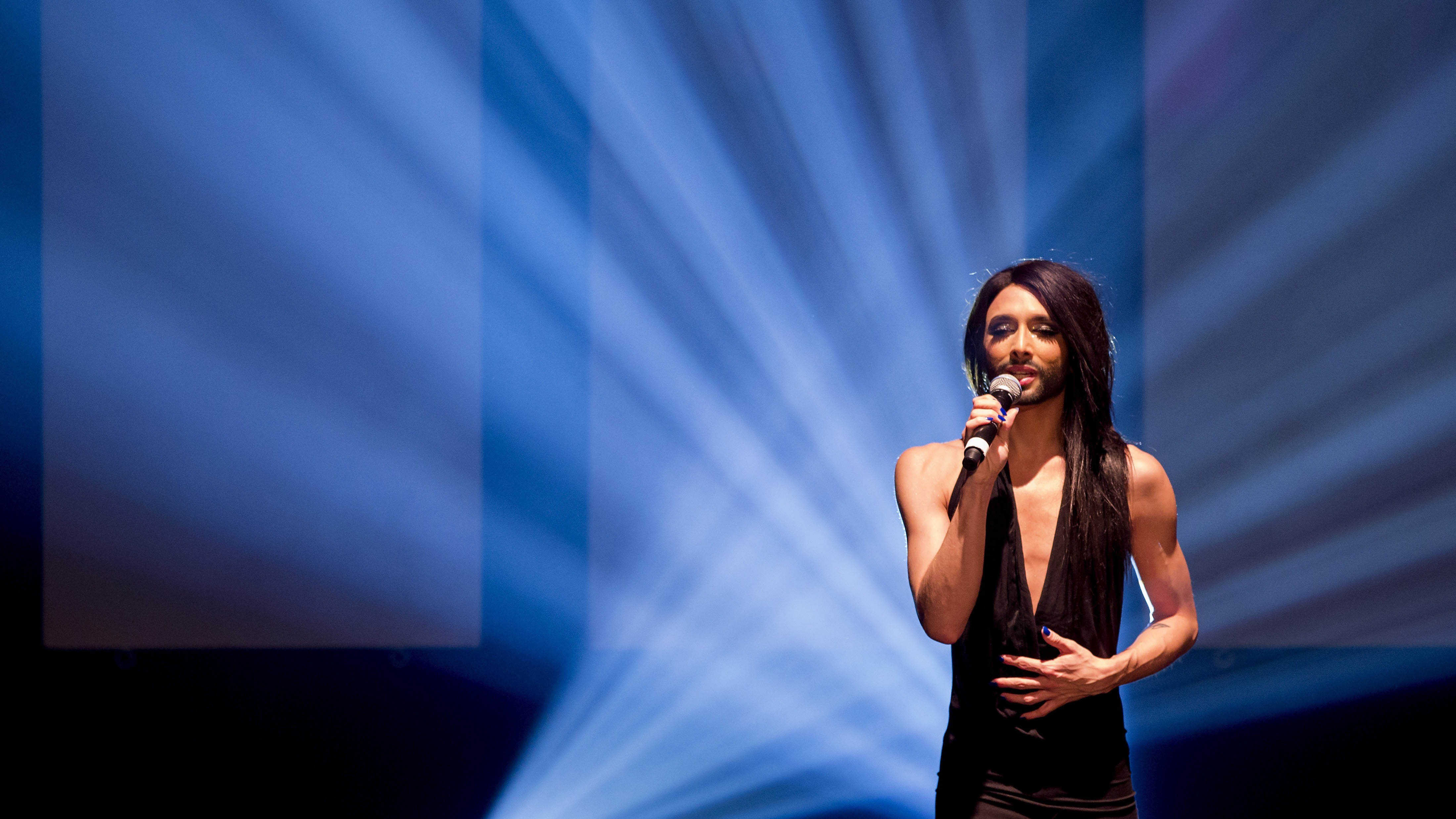 The Eurovision Song Contest was launched in 1954 as an effort to promote unity after the Second World War. Almost 60 years later, the kitschy pop music extravaganza—a competition that sees acts from dozens of nations compete, and a television audience of 170 million vote for their favourites—is one of the most popular live programs on Earth.

But some in Russia now want out. In what would surely be a historic retreat from Europe—and a flagrant breach of continental norms—several Russian organizations are calling for a boycott of Eurovision 2014. This because, in the words of St. Petersburg legislator Vitaly Milonov, Eurovision has become a “Europe-wide gay parade.”

At issue is Austrian competitor Conchita Wurst. Wurst is the on-stage persona of Thomas Neuwirth, a 25-year-old Austrian drag queen. Thin and leggy, with a fondness for thick mascara and teetering heels, Wurst is pretty enough to be confused for a magazine model, save for her dark, bushy beard, which Neuwirth says shows “that you can achieve anything, no matter who you are or how you look.”

Many Russians disagree. In 2013, thousands signed a petition requesting that Eurovision be blocked from Russian state television. Wurst is a sign that “the popular international competition . . . has become a hotbed of sodomy at the initiation of the European liberals,” explained the All-Russian Parent Meeting, the group that launched the petition. In April, Milonov—who inspired the Kremlin’s infamous 2013 law against gay “propaganda”—added his support to the boycott, referring to “the participation of the obvious transvestite and hermaphrodite Conchita Wurst” as “blatant propaganda of homosexuality and spiritual decay.” (Neuwirth is neither a transvestite nor a hermaphrodite.)

As of now, Russia will be represented at Eurovision by 17-year-old twins Anastasia and Maria Tolmachevy, who plan to perform their pop song Shine while teetering on a seesaw. A metaphor for Russian geopolitics, perhaps?