In France, gay couples are not allowed to adopt children 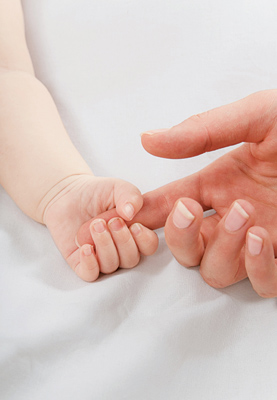 When the French lesbian known to the public as “Emmanuelle B.” first applied to adopt a child in 1998, she was rejected; the adoption board cited the “lack of a paternal figure in [B.’s] household.” That explanation spurred a legal standoff that pitted French courts against gay rights advocates, who saw the rejection as a statement about their ability—or, more accurately, inability—to be parents. Last week, 11 years after the case began—and one year after the European Court of Human Rights condemned France for sexual discrimination—a French court overruled the 1998 verdict, conceding that it could not “legally justify the decision to reject [B.’s] request.”

B.’s supporters say the case is a flagrant example of high-level prejudice, because, since 1966, France has explicitly allowed unmarried individuals to adopt. And given that the now-48-year-old B. is a nursery school teacher, it would be hard to claim she is an unqualified caregiver. So last week’s reversal is being celebrated as a landmark. “This groundbreaking ruling means governments can’t use sexual orientation to stop someone from adopting a child,” charged Scott Long, director of the lesbian, gay, bisexual and transgender rights division program at Human Rights Watch. L’Est Republicain, a French newspaper, dubbed the decision “the end of hypocrisy.”

For others, the victory is tainted. If B. does apply to adopt again, she will still have to designate herself as a single parent, despite the fact that she is in a 20-year relationship. That’s because French law still bars same-sex couples from adopting. And that view does not look poised to change: “The government and president have on several occasions expressed our position,” said spokesman Luc Chatal, “which is that we are not in favour of the adoption of children by same-sex couples.”

Translation: one gay mother is okay, but not two.