Searching for wreckage — and answers

Speculation is rampant, but crash investigators in the case of Air France Flight 447 are focused on the facts 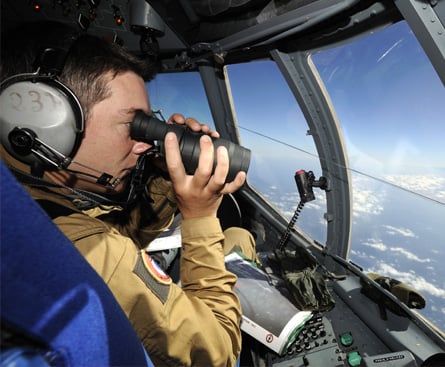 Ask anyone who makes a living investigating plane crashes, and they will pledge allegiance to the same golden rule: Don’t be Superman. “It’s part of the basic training,” says Jim Stewart, now retired from the Transportation Safety Board of Canada. “Don’t jump to conclusions. Don’t try to jump buildings in a single bound.”

Which is why—just two days after the tragic, mysterious crash of Air France Flight 447—veterans like Stewart are hesitant to speculate on the question everyone is asking: How could a jumbo jet, designed to withstand severe turbulence and repeated lightning strikes, plunge into the Atlantic Ocean? “I have no idea,” Stewart says. “Can a thunderstorm bring down an airplane? Yes it could. But as an investigator, I’m going to say to myself: Could a thunderstorm have brought down this airplane? But investigators haven’t even got to that point yet. Their focus right now is: where is the airplane?”

That question may have been answered. Pilots with the Brazilian air force have located a seat, an orange buoy and jet fuel slicks floating in a remote stretch of sea where the Paris-bound flight disappeared early Monday morning.

ALSO AT MACLEANS.CA: The highly unlikely, but not impossible, events of Flight 447 by George Jonas

Investigators will now focus on finding the most important piece of wreckage: the so-called black box. A combination of two separate devices, the box (which is actually orange) contains crucial flight data—such as altitudes and engine performance—and the cockpit voice recorder, which would capture any last-minute communication between the pilots. But finding the box will be difficult, if not impossible. Although it is equipped with a homing beacon that will continue to “ping” underwater, the transmitter must be within 100 kms to pick up the signal. And even then, the device may be too deep to recover. “It no doubt will be difficult,” says Vic Gerden, the lead investigator for Swissair Flight 111, which crashed off the coast of Nova Scotia in September 1998. Back then, it took more than two months for navy divers to recover both components of the black box—and that was with the help of eyewitnesses who watched the plane go down near Peggy’s Cove.

Like Stewart, Gerden chooses his words carefully. The Swissair probe took more than four years to complete, and he knows full well that it will be many more months, if not years, before we know what took place in the final moments of Flight 447. For now, only one fact is painfully certain: 228 people—including a Canadian, 49-year-old Brad Clemes—plunged to their deaths after the jet flew into what the company described as a supposed “towering wall of thunderstorms” and suffered an electrical malfunction.

The doomed jet took off from Rio de Janeiro on Sunday night at 7:03 p.m. local time. At 10:33, the pilots made their last verbal radio contact with air traffic control in Brazil. Forty-three minutes later, after encountering what the company described as “very heavy turbulence,” the plane’s data link system sent an automatic message to the Air France maintenance department in Paris, indicating an “electrical circuit malfunction.” Reports today also suggest that the company received other automatic messages indicating difficulties with the autopilot and flight-control computers, and a dip in cabin pressure. For reasons that remain a mystery, the pilots did not send a distress signal or radio ground control. “The lack of communication means only one thing,” Stewart says. “The pilots were dealing with a serious event. As a pilot, the last thing you’re going to do is communicate. The first thing you do is fly the airplane. You fly the airplane before you even deal with the emergency, because if you don’t fly the airplane, you’re dead.”

Consider the events of January 15. When US Airways Flight 1549 was hit by a “double-bird strike” during take-off from LaGuardia Airport, Capt. Chesley Sullenberger wasted very little time on the radio. He told air traffic controllers he was landing in the Hudson River, and then focused his attention on doing just that. “Our training for emergencies is pretty effective, and how you tell a good pilot from a bad pilot is that a good pilot sheds those duties that he doesn’t have to do right now,” Stewart adds. “In this case, flying over the North Atlantic in the middle of nowhere, getting a communication out may not seem like a big priority at that point in time.”

Of course, the bigger question still looms: What was the big priority? What combination of factors caused the plane to plummet?

A massive lightning strike is one popular theory. Although jets are designed to withstand such strikes, there is still a remote possibility that a bolt in the right place knocked out power on, or at the very least, the weather radar in the nose of the plane. Without that radar, the pilots would suddenly have no way of knowing if the plane was heading into the heart of a major storm—as opposed to steering around it, as their training dictates.

Sudden, severe turbulence is another possibility. But again, it is exceptionally rare for turbulence to be nasty enough to down an aircraft. In the U.S., such an event hasn’t happened in more than four decades. “It’s usually a number of factors that conspire together to produce an occurrence or an accident,” says Doug Mein, the former director of Transport Canada’s Air Navigation Service and Airspace Branch. “It’s rarely one thing. I don’t really want to predict what caused this thing, but in that latitude of the world you have a lot of very severe weather. It could have been that this aircraft hit just a wall of severe turbulence, and it might have taken it out of control.”

Or perhaps it had nothing to do with the weather. Or turbulence. Or a freak bolt of lightning. “We just don’t know,” Mein says. “Airplanes are very, very well-engineered, and pilots are extremely well-trained. We also have a lot of high-technology ground systems—radars, navigation aids—that are very, very sensitive to detect the existence of problems. But sometimes all of these things conspire to produce a fatal event.” Uncovering the truth will require time, patience and a bit of good luck. Superman need not apply.