Seeing a Syrian refugee's journey, through a child's eyes 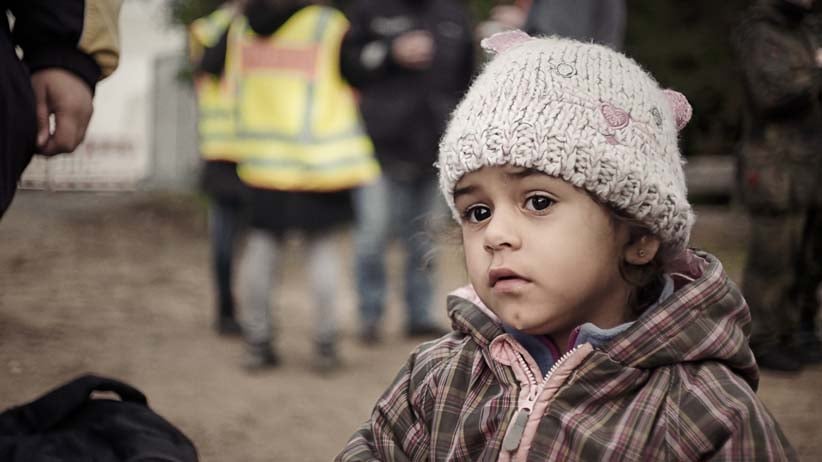 By the time Norwegian film-maker Egil Håskjold Larsen met three-year-old Lean, she and her family had been through a lot. They had spent the last four years, all of Lean’s life, in war-torn Syria, from which they had tried and failed escape—twice. They had lost everything they owned, and many of their loved ones had been killed. But that wasn’t the story Larsen wanted to tell. That story, while important, was already told. Instead, he set out to show a side of the refugee crisis that anyone could relate to on a deeply personal level.

In his first feature-length documentary, 69 Minutes Of 86 Days, Larsen shows the journey that nearly five million Syrians have made, 40,000 of whom have come to Canada, since the crisis began. The film is shot from Lean’s viewpoint, placing you directly beside the little girl as she travels with her family from Syria to her new home in Sweden.

Leading up to the film’s Canadian premiere at Hot Docs in Toronto this weekend, Maclean’s spoke with Larsen about his film, the public’s confusion around the refugee crisis, and what we all stand to learn from children.

Q: Refugee documentaries have been mainstays on the film festival circuit for years now. Why were you compelled to make another one?

A: I felt there was room for a different type of story that didn’t focus on the horror of the refugee crisis and the war in Syria. I wanted to create a film that didn’t take a direct political stance or try to present a solution. And I didn’t want to focus on the number of people who’ve died in the war or crossing the sea. We see that all the time in the news, and to people in Europe and the West, it’s so unrelatable that it actually creates a distance between “us” and “them”. I wanted to focus instead on something we are forgetting: that the people involved in this crisis are common people. They’re fathers and mothers and children and friends making this difficult journey. To me, it was important to tell that personal story—to pick out a face in the crowd that we could get to know, and then empathize with them.

Q: Why was it important for you to tell that story from a child’s perspective?

A: Children have a different outlook on the world than grown-ups do. They have an innocence and they don’t have a lot of baggage. When we met Lean, we knew right away she was the ideal protagonist. She was a type of person who stood out from the crowd. She was curious and energetic and open-minded and hopeful—traits I think everyone has somewhere within them. Part of the goal then was to use Lean as an example of something humane, something everyone can relate to.

Q: There’s very little dialogue or backstory in the film, and there’s no explicit context about where the family is or where they’re going. Why did you choose to do it that way?

A: I wanted viewers to get the feeling of experiencing time or travel as children do. So I left out any information that wasn’t relevant to a child—details about where we were and who were the good guys and who were the bad guys. That stuff wasn’t relevant to Lean. We gave more time to how she was experiencing this journey with her family. Sometimes that was something terrible, and sometimes it was something quite beautiful. 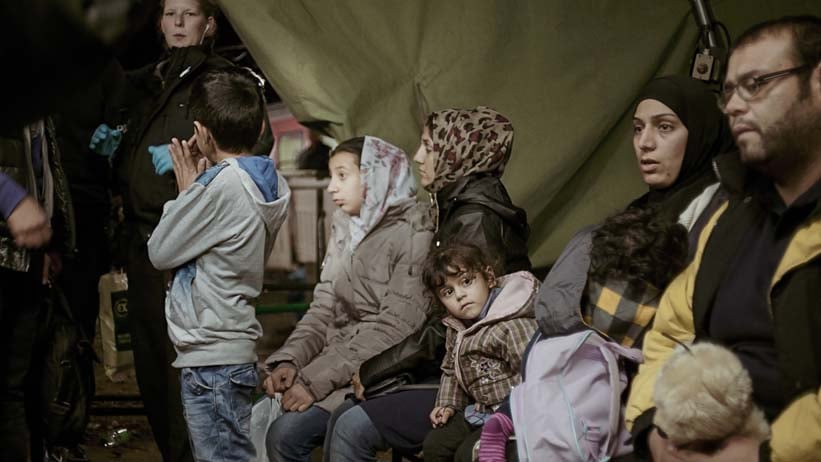 Q: Lean and the other children in the film are portrayed as little beacons of hope. But was there any point where you saw that, despite their resilience, they were in fact affected by this crisis?

A: We did see that. Lean didn’t seem to be shaped by her experience—she was still this happy little girl who carried on being a kid as best as she could. But at the same time, she was aware of what she had been through, and it definitely made an impact on her. I know they had a very hard journey before we met them. I know she had all her luggage burned in front of her eyes by border security agents as they tried crossing from Turkey to Greece, and that they lost a lot of things in the sea during a failed crossing from Turkey to Greece. You could sense that sometimes in her eyes, in some of the things she said and in the way she would stick to herself, wandering off into her own little world. When the family made it to Sweden she kept talking about this burnt luggage and kept referring to the ocean as something big and scary. When she started kindergarten she was having nightmares about what she had been through. It’s a horrific situation to deal with, and yes, she was able to cope with it well, but it has an impact.

Q: What were some challenges you experienced as a European film crew making this documentary?

A: It was hard to make a film that tries to invoke empathy, but not fully being able to put ourselves into the situation. We were still observers. You’re always that when you’re filming, but in this instance the distance between us and our subjects was really stark. We had our Norwegian passports, and could take a flight back home at any moment. It was hard to feel like you couldn’t do anything to help them.

Q: What are your thoughts on how the world, particularly the western world, has responded to the Syrian refugee crisis?

A: I think there’s a lot of confusion. It’s hard to understand the scale of what’s going on and what the right thing to do is, and what kind of political stance you should take as an individual. It creates an unbalanced discussion and it contributes to people around the world becoming polarized. They’ve become afraid of other cultures and religions because they don’t know what they mean. I think we have a big responsibility in media to try to balance this out. I’m a little bit afraid of what’s going on in terms of hostility, and the movement towards right-wing populist government, as we have in Norway, for example. They have no intention of balancing out, or clarifying, the confusing messages we get about the refugee crisis. This is scary to see. That’s why it was important to me to strip away the politics and tell a story about basic human qualities and relations that you will find anywhere at anytime, even in the middle of a crisis.