Environment minister Segolene Royal also happens to be president's ex and mother of his children. (It's complicated.) 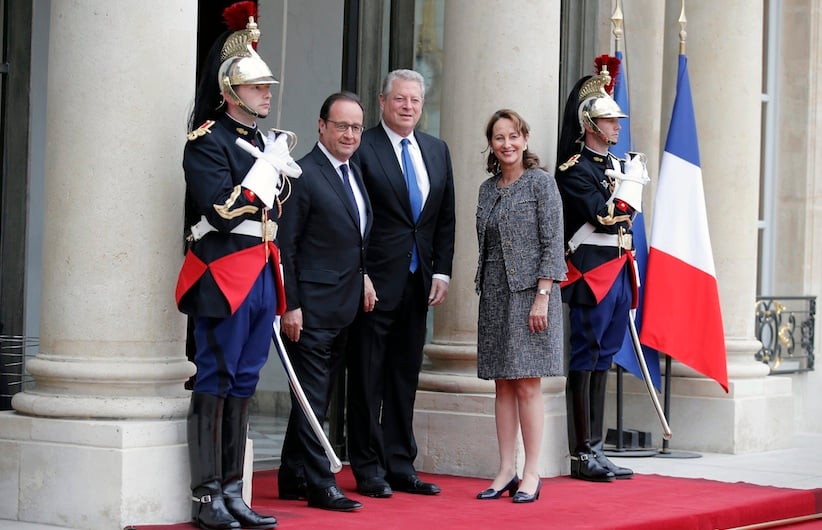 PARIS — Someone has been appearing more and more often alongside French President Francois Hollande on official visits abroad and in high-level meetings in Elysee Palace. It’s no ordinary someone — it’s Segolene Royal, the president’s ex-partner and mother of his four children, and one of his most prominent government ministers.

As minister for Ecology, Sustainable Development and Energy, Royal is playing a key role in France’s preparations to host a landmark U.N. conference on climate later this year. But her new omnipresence at Hollande’s side is rankling critics who say she’s playing an outsize role in presidential politics.

Royal, 61, draws her special status from her personal relationship with the president — but also from her high-level political career.

While Hillary Clinton’s presidential campaign followed her husband’s presidency, in the Hollande-Royal political couple, it was Royal’s star that rose first.

A heavy hitter in the Socialist Party, she ran for president in 2007, coming in second to Nicolas Sarkozy — the same year she announced her split from Hollande, after almost three decades together. Hollande then beat Sarkozy for the presidency in 2012.

Royal’s nomination as minister came soon after Hollande’s separation from ex-first lady Valerie Trierweiler, who was said to be firmly opposed to seeing Royal enter the government. 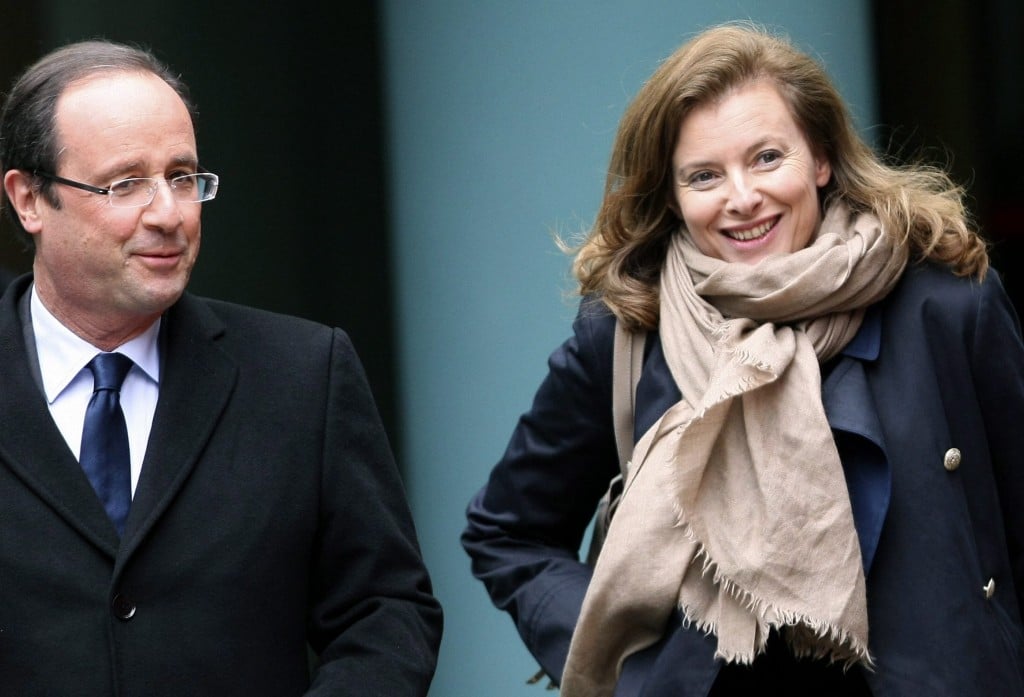 Following his tumultuous breakup with Trierweiler in January 2014 amid reports that he was having an affair with actress Julie Gayet, Hollande has made a point of keeping his sentimental life private.

Hollande has never denied a relationship with Gayet, who remains invisible at the Elysee, though French media report that she secretly visits him. She has never accompanied the president on any official trip.

On the contrary, Royal now appears at the French president’s side with increasing regularity.

At a meeting this week with former U.S. Vice-President Al Gore about climate change, Hollande greeted his American guest, then waited for Royal to arrive, so that she could join the photo op.

French weekly Nouvel Observateur called her “The Vice-President” in a cover story — a title that doesn’t officially exist in France.

Such omnipresence prompted reaction from the ex-first lady. “They are inseparable. It goes beyond their children. They both share an immoderate taste for politics. Power is their reason for living, their mutual obsession,” Trierweiler told Le Parisien newspaper earlier this month.

There’s no sign that Royal and Hollande are together again romantically. They take care to keep their relationship formal in public appearances.

In a rare exception, Hollande evoked their former life together when Royal accompanied him on a long trip this month to the French Caribbean, Cuba and Haiti.

Royal “made me believe for a long time that she was from Martinique,” he said in a speech to local politicians of the French island, where Royal lived for a few years as a child. The joke prompted loud applause by the audience — and knowing smiles exchanged between the president and his minister.

Royal’s position is “rather incongruous,” said Vanessa Schneider, a Le Monde journalist and author of a book called “The Enigmatic Mr. Hollande: In the Corridors of the Elysee.”

“Clearly, they share rather great complicity. We feel that they have great pleasure to see each other,” Schneider told The Associated Press.

Away from photographers’ eyes, they kiss each other hello on the cheeks, in the French style, and chat a little bit before Cabinet meetings.

Whenever she wants to talk to the president, Royal simply sends him text messages — a privilege shared by only a few close friends of Hollande.

“She has a direct line to him. But at the same time, he’s not under her domination: I attended some situations where she made some demands and he answered no,” Schneider said.

Polls routinely show Royal’s popularity is much higher than Hollande’s. Political commentators observe that the unpopular Hollande — who may seek a second term in 2017 —may try to use Royal’s leverage in the perspective of the presidential race.

She is especially “very popular in certain categories of the left-wing political base: youth and working-class people,” deputy-director of French poll institute Ifop Frederic Dabi said. “She could be a real asset.”