SEOUL, Korea, Republic Of — North Korea on Saturday fired what appeared to be a ballistic missile from a submarine off its northeast coast, South Korea’s Defence Ministry said.

The ministry could not immediately confirm how far the projectile flew or where it landed. The launch took place near the North Korean coastal town of Sinpo, where analysts have previously detected efforts by the North to develop submarine-launched ballistic missile systems.

North Korea in recent weeks has fired a slew of missiles and artillery shells into the sea in an apparent protest against ongoing annual military drills between the U.S. and South Korea and toughened international sanctions against Pyongyang over its recent nuclear test and long-range rocket launch.

Some analysts also think North Korea’s belligerent stance is linked to a major ruling party congress next month meant to further cement leader Kim Jong Un’s grip on power. They say the North could be making efforts to promote military accomplishments to its people to make up for a lack of tangible economic achievements ahead of the Workers’ Party congress, the first since 1980.

North Korea has been seen in recent years as developing technologies for launching ballistic missiles from underwater. Security experts say that acquiring the ability to fire missiles from submarines would be an alarming development for the North because missiles fired from submerged vessels are harder to detect before launch than land-based ones.

While South Korean experts say it’s unlikely that North Korea currently possesses a submarine large enough to carry and fire multiple missiles, they acknowledge that the North is making progress on a dangerous weapons technology. 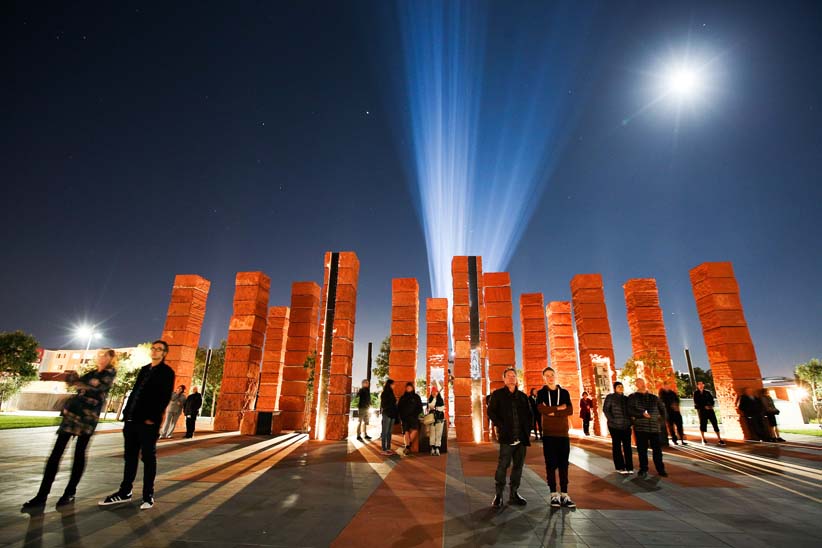 Spectators look on from the Australian Memorial during the WWI Remembered: A Light and Sound Show at the Pukeahu National War Memorial Park on April 21, 2016 in Wellington, New Zealand.