Armed with a new mandate after a snap election, Abe will look to enact an ambitious security agenda 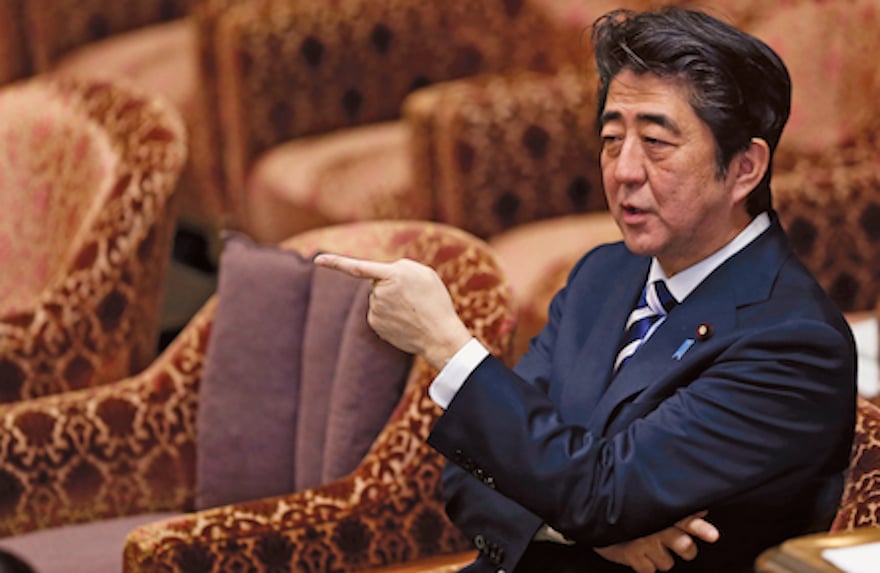 TOKYO — Shinzo Abe took office Wednesday for a third term as Japan’s prime minister, appointing a former military officer as his defence minister but keeping the other members of his previous Cabinet.

Parliament re-elected Abe after his Liberal Democratic Party won a renewed mandate in a Dec. 14 snap election that the prime minister said was needed for him to carry out further economic and political reforms.

Gen Nakatani, Abe’s new defence minister, headed the Defence Agency in 2001-2002 under former Prime Minister Junichiro Koizumi, before it won full-fledged ministry status. A graduate of the National Defence Academy, he attained a rank of first lieutenant before leaving the military.

Nakatani favours a stronger role for the military, which is constrained by the country’s commitment to pacifism under the constitution drafted by the American occupation forces following Japan’s defeat in World War II.

This time, “I feel more strongly about my responsibility,” he said. “Japan’s security environment has changed, and we must fortify our national security.”

Nakatani’s predecessor, Akinori Eto, was one of several ministers whose political funding reports were questioned by opposition lawmakers during the recent parliamentary session. Two resigned their Cabinet posts but were re-elected anyway.

Abe favours revising the constitution as part of his effort to fortify Japan’s military, after already revising policies to allow the defence forces to aid allies if they come under attack under a policy dubbed “collective self-defence.” Analysts said Abe likely wanted a stronger figure to help handle anticipated fierce questioning over defence-related issues in upcoming parliamentary debates.

Nakatani said he would seek the enactment of legislation needed to accommodate Japan’s right to collective defence. He said he intends to explain to the public that the purpose is not “to allow Japan to wage war or to use aggression, but to protect the territory of Japan and the people’s lives and property.”

Apart from his security agenda, Abe faces strong pressure to more aggressively tackle politically tough reforms for boosting the economy, two years after he took office for a second time. He also served as prime minister from 2006 to 2007 before quitting due to health problems.

The economy fell into recession last year following a sales tax hike in April to 8 per cent from 5 per cent, prompting Abe to put off until 2017 a tax hike planned for October 2015.

Since Abe must call the next election by December 2018, he could have another four years to deliver on pledges to open markets and streamline regulations that have hindered Japan’s competitiveness. So far, Japan’s powerful bureaucracy and its rural and commercial sectors have resisted major changes, foiling earlier reform efforts.