Police say there are multiple hostages and wounded at the scene. 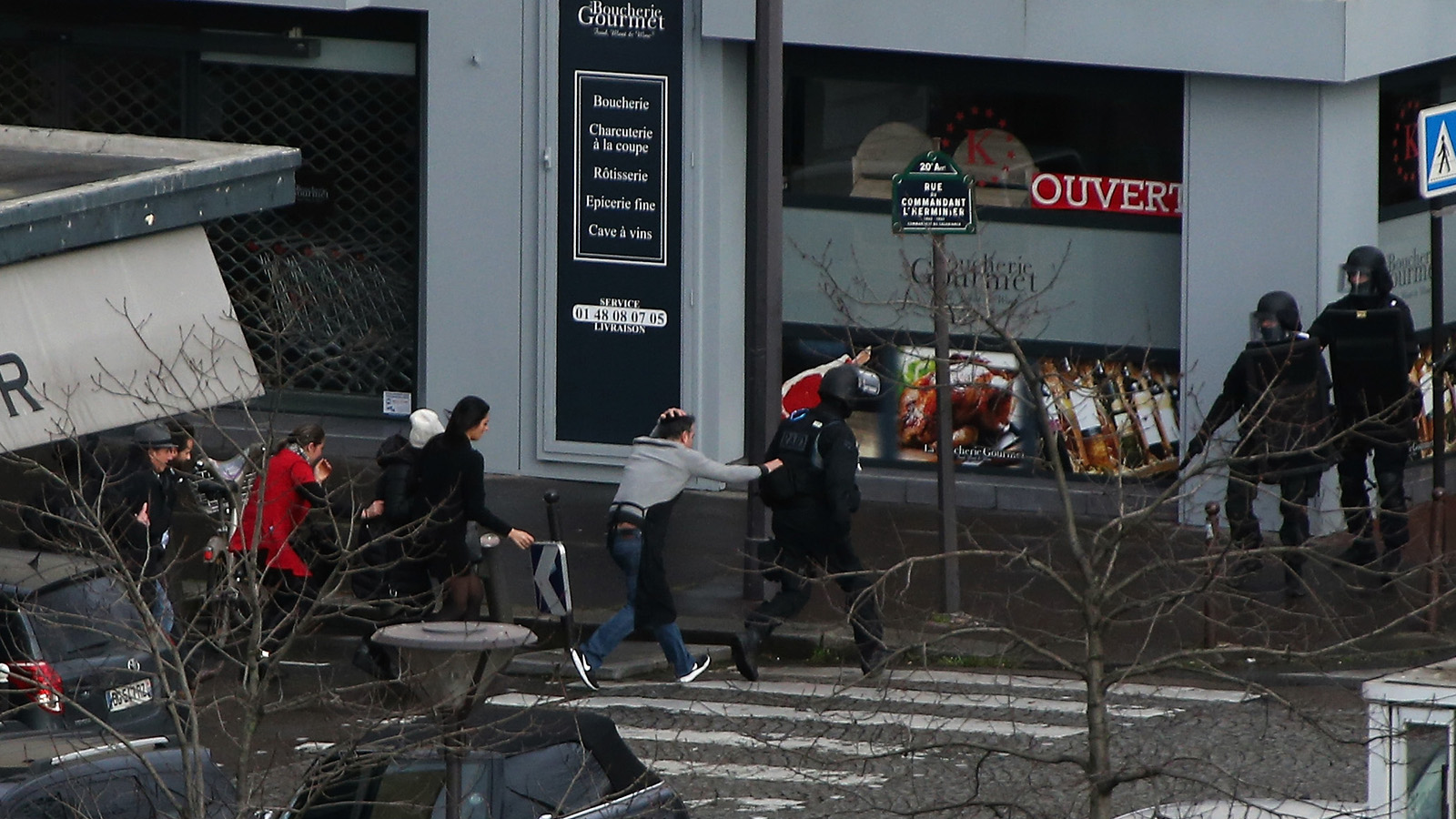 PARIS — A police official says the gunman holding at least five hostages in a kosher market in eastern Paris has threatened to kill them if police launch an assault on the cornered brothers suspected in the newspaper massacre earlier this week.

The official, who was not authorized to speak publicly about the dual hostage situations, described the events as “clearly linked.”

The official said several people had been wounded when the gunman opened fire in the market Friday afternoon and were able to flee and get medical care.

It was not clear whether there were other wounded inside the market, or whether the woman listed as the gunman’s accomplice in a police bulletin was inside with him.

More news: Suspects cornered with hostage in house near airport

Maclean’s Paul Wells is on the ground in Paris. Follow him on Twitter at @inklessPW for updates:

Always struck by the French policing style. This is one guy. There are certainly 500 police within two blocks of here.

Guy here days his business colleague's niece is in the grocery. Says there is one gunman with five hostages.