Conservationists say the decision could intensify the slaughter of the threatened species. 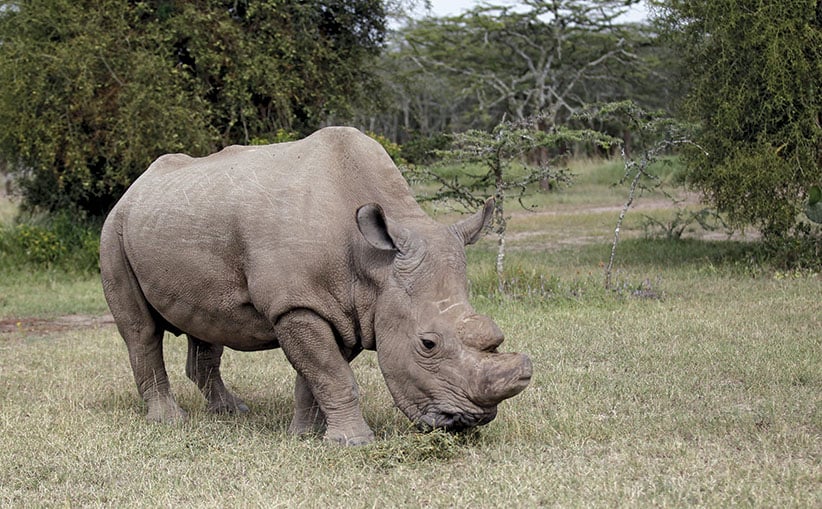 JOHANNESBURG — A South African judge on Thursday struck down a government ban on the domestic trade in the horns of rhinos, alarming some conservationists who say the decision could intensify the slaughter of the threatened species.

Judge Francis Legodi said the South African government had failed to properly consult the public before imposing the moratorium in 2009 and also questioned its effectiveness, noting that rhino poaching surged to record levels after the ban.

“What disastrous implications would be brought about by the immediate lifting of the moratorium? I cannot think of any,” Legodi said in a 39-page ruling in the North Gauteng High Court in Pretoria. He cited statistics showing the number of rhinos poached in 2008, before the ban, was just below 100, compared to about 1,200 last year.

South Africa’s environment ministry, which could appeal, did not immediately comment.

Rhino breeders and game reserve owners took the South African government to court to try to overturn the ban, maintaining that harvesting the horn from living rhinos at their ranches and selling it legally will drive many poachers out of business.

Related: Could legalizing the rhino-horn trade save the rhinos?

Allison Thomson, founder of an anti-poaching group in South Africa, said she was bitterly disappointed by the ruling.

“South Africa does not have a market for rhino horn domestically and the opening of trade locally will only lead to the smuggling of rhino horn by criminal syndicates into the black market in Vietnam and China,” Thomson wrote in an email to The Associated Press.

An international ban on the rhino horn trade has been in place since 1977. South Africa has proposed that the Convention on International Trade in Endangered Species of Wild Fauna and Flora, which oversees the trade of wild animals and plants, discuss lifting the ban at its next meeting in Johannesburg in September 2016.