South Dakota is proud to be 'on' meth

Image of the Week: A Midwestern state tests the theory that there's no such thing as bad press 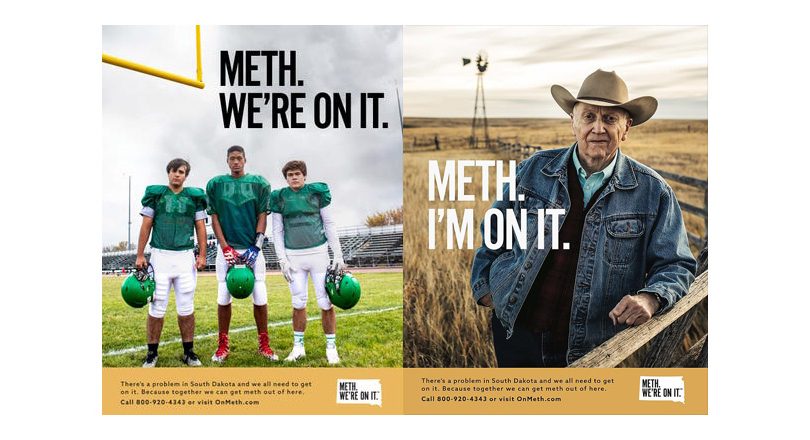 South Dakota has a meth problem. According to government data, in 2016, police raided nine meth labs, seizing 64 pounds of the drug and arresting 2,687 people. Statistically, South Dakotan teenagers are about one-third more likely to try meth—and those numbers are growing. So what’s a government to do? The answer, apparently, is to pay $450,000 to an ad agency to create a head-turning marketing campaign. “Meth: I’m on it,” South Dakotans announce in a slew of posters and TV commercials that sprung up this week. It’s a weird double entendre, implying both that everyone in the state is high on the insidious drug, but also, presumably, everyone is “on it,” as in they’re working toward a solution … maybe? It’s kind of unclear how the marketers reconcile those two interpretations. The easiest answer is that they don’t, nor do they try to; as the state’s governor confirmed on Twitter, the point is not to make logical sense, but rather to raise awareness of a growing epidemic. If that was their only goal, it’s a job well done. But if their goal was to be taken seriously, and not be universally mocked on Twitter, then perhaps they could have achieved that without giving 450,000 taxpayer dollars to a marketing firm.