Spacecraft makes flyby of Pluto after journey of 3 billion miles 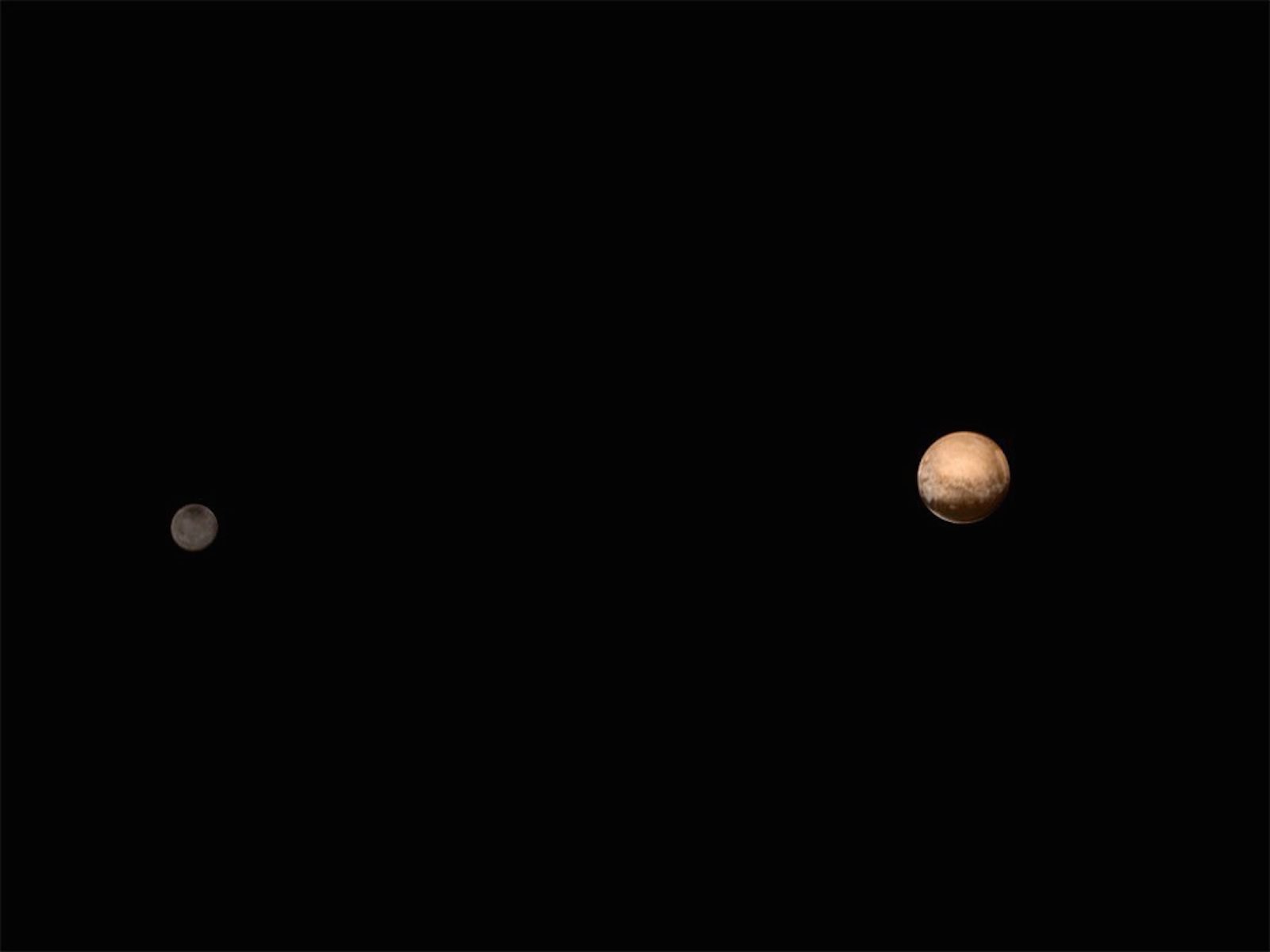 NASA’s New Horizons spacecraft was about 3.7 million miles (6 million kilometres) away from Pluto, right, and Charon when it snapped this portrait July 8, 2015. Since being discovered in 1930, Pluto has been a deep mystery to the space community. (THE CANADIAN PRESS/HO – NASA/Johns Hopkins Applied Physics Laboratory/Southwest Research Institute)

CAPE CANAVERAL, Fla. — By NASA’s calculations, we’ve made it to Pluto.

The moment of closest approach for the New Horizons spacecraft came at 7:49 a.m. EDT Tuesday. It culminated an unprecedented journey spanning 9.5 years and 3 billion miles.

Based on everything NASA knows, New Horizons was straight on course for the historic encounter, sweeping within 7,800 miles of Pluto at 31,000 mph. But official confirmation won’t come until Tuesday night, 13 nerve-racking hours later. That’s because NASA wants New Horizons taking pictures of Pluto, its jumbo moon Charon and its four little moons during this critical time, not gabbing to Earth.

NASA marked the moment live on TV, broadcasting from flight operations in Maryland.

The United States is now the only nation to visit every single planet in the solar system. Pluto was No. 9 in the lineup when New Horizons departed Cape Canaveral, Florida, in 2006 to shed light on the mysterious icy world, but was demoted seven months later to dwarf status.