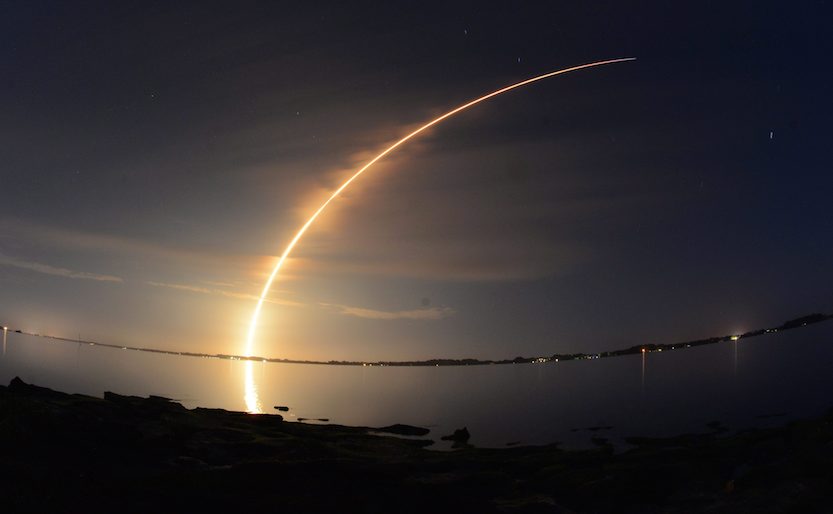 Italian astronaut Samantha Cristoforetti captured the Dragon capsule, which arrived three days after its Florida launch, with the help of a giant robot arm. The cargo carrier holds more than 4,000 pounds (1,800 kilograms) of much-needed groceries, experiments and equipment.

Italy provided the espresso maker for Cristoforetti, who’s been stuck with instant coffee since her mission began in November.

“It’s been just amazing,” Cristoforetti said after snaring the Dragon over the Pacific. “Lots of science and even coffee’s in there, so that’s pretty exciting.”

Within 2 1/2 hours of its capture, the Dragon was bolted securely to the space station.

The espresso machine is three months late because of the backlog created by last year’s loss of a supply ship in a launch explosion. Much later and the espresso machine would have missed Cristoforetti, who returns home next month. She says she can’t wait to try some space espresso.

The Dragon will remain at the orbiting lab until around May 21, when it will be released full of experiments and discarded equipment for return to Earth. It’s the only supply ship capable of bringing items back.

Among the newly arrived research are experiments for American astronaut Scott Kelly, who is just a few weeks into a one-year mission, which will be a record for NASA.

SpaceX, meanwhile, released a video showing its first-stage booster landing on an ocean platform shortly after Tuesday’s liftoff, then tipping over in flames. It was the California company’s third attempt to fly a booster rocket to the platform stationed off Florida’s northeastern coast.

The next try will be in June on the next SpaceX supply run for NASA.

Musk, a billionaire entrepreneur who also runs the Tesla electric car maker, wants to reuse his rockets to bring down the cost of spaceflight.