The war against Donald Sterling 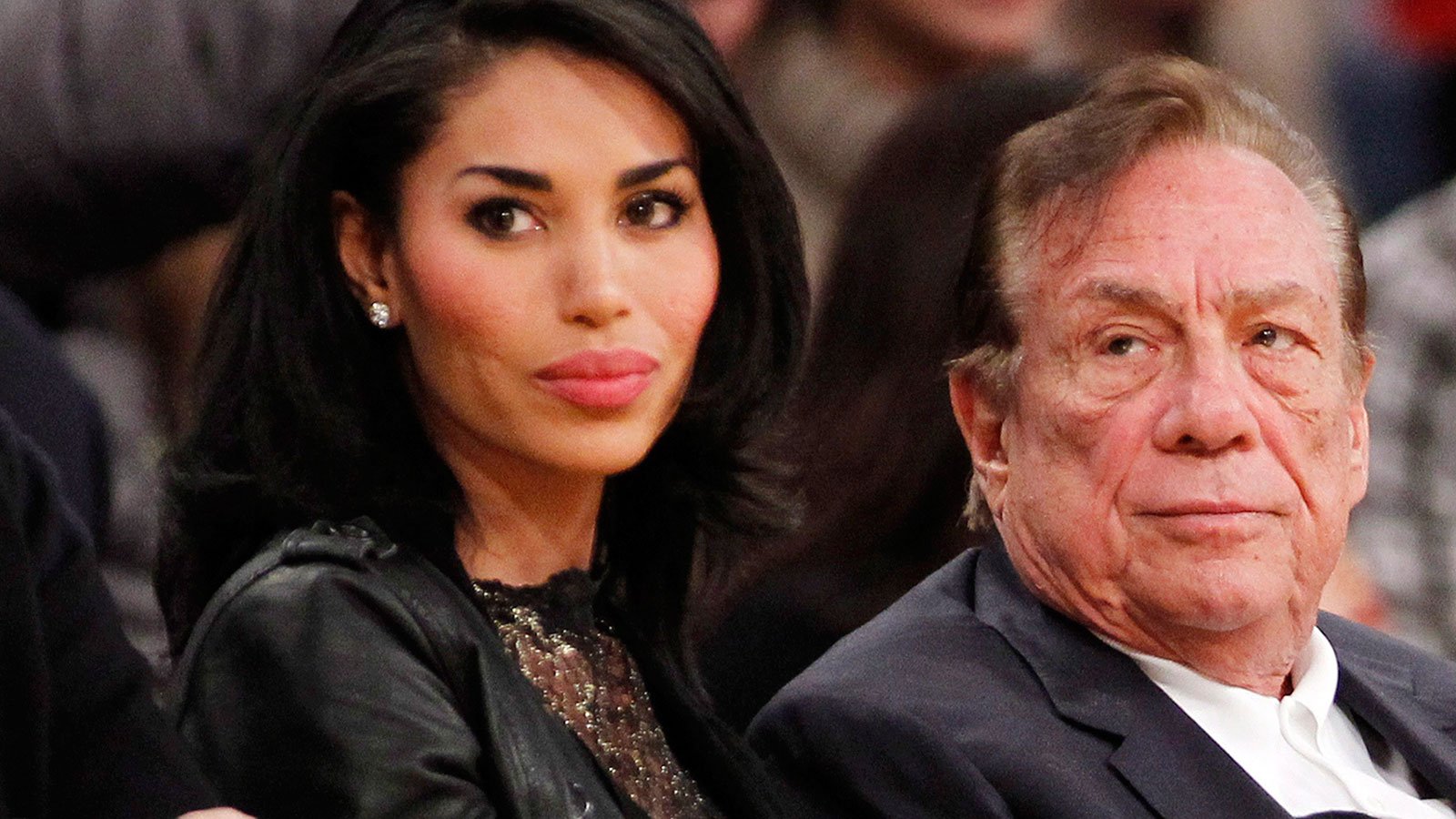 Donald Sterling is an old, white, rich male. That’s three points against him if you exclude the “old.” He has a black girlfriend (black in the sense that mixed-race President Obama is “black” ) which could be a point in his favour—non-white pigmentation being a plus—but she is 50 years younger which makes his “old” a minus. If Sterling were old, rich and black but female with a younger white boyfriend I think the calculation would come out differently. Old white men with young black girls smacks of colonial exploitation. Old women of any colour with younger men are proof positive of female liberation. My goodness, these things are difficult to calculate when politics of identity and gender come into play.

Donald Sterling is also (as of press time) the owner of NBA basketball team the Clippers, whose roster is at least 80 per cent black. His ownership is jeopardized by comments he made privately to his girlfriend, Ms. V. Stiviano, who has an unhealthy preoccupation with race and a special need to elicit incomprehensible remarks on it from Donald. Her recorded conversation went public and Donald is now in deep poo. He may be forced to sell the team that he purchased in 1981 for US$12 million and whose current value is about half a billion. So Donald may also be a shrewd businessman.

He is clearly a hypocrite. Ex-basketball star Magic Johnson discovered he was HIV positive in 1991 through what Johnson described at the time as unprotected sex with multiple partners even though he had a pregnant girlfriend. This would render you ineligible as a role model for young people in Sterling’s generation. However, Sterling citing this negatively is a bit rich given his own sexual promiscuity while married. In summary, Donald is many things. The one thing he is not is a racist.

He is a jealous old man whose beautiful young girlfriend, the recipient of his lavish gifts, instagrammed her photo with handsome, rich, black Magic Johnson. You can see why Donald might feel humiliated. He’s so out of touch with digital morality that he actually believes he can speak freely in private. He’s so out of touch that when he goes on Anderson Cooper to apologize for his private remarks, which he has been told hurt his black players, he asks Cooper how he would feel if his girlfriend did what Ms. Stiviano did to him. Cooper thoughtfully does not mention that any girlfriend of his would be male, and in a love triangle Cooper would play the Magic Johnson role—Cooper being white but gay (two points that end up as a plus-one) and a handsome rich presenter on CNN (fortunately not Fox or that would be a minus) and anyway seems really nice.

When the tapes were released, Sterling was about to receive a local NAACP award (for the second time) for a planned endowment to a largely minority college. Maybe he was doing this—plus handing out free game tickets to minority kids—for tax reasons or public relations but while a racist may want to make money out of blacks and may bed them, he is unlikely to be philanthropic to the objects of his racism. As the landlord of hundreds of buildings in Los Angeles, Sterling has complained inter alia that Mexicans are lazy tenants, Koreans are better tenants than blacks and Hispanics, and he has settled several housing discrimination suits for millions without admitting guilt. Given some of the buildings were in neighbourhoods tough by even L.A. standards, apartments may have been misused or neglected by some tenants. Hard to know what the true story is as other tenants of Sterling’s in the same area, according to a USA Today sports investigation, had no complaints about him.

Political correctness is a movement with no supporters. Everyone is either against it or denies its existence. Pundits and broadcasters carefully avoiding the shibboleths of the day with their Correct Speak would deny to a man (woman or transgendered person—have I left anyone/thing out?) that they were politically correct. Sterling has absolutely no sense of PC and can’t be bothered to cherry- pick his words.

Every society throughout history has forbidden topics and prejudices. In my youth, a female who had multiple sexual partners was routinely denounced as a nymphomaniac. Today’s “sexually active woman” is a liberated one. Both labels strike me as absurd. Dr. Henry Morgentaler was prosecuted in the 1970s for providing abortions and got an Order of Canada in 2008 for providing them. Exit one sacred cow and—moo—here comes another. Tobacco is being outlawed as marijuana is being decriminalized. Speaking from first-hand experience, it is not possible for a Canadian commentator to publicly point out negative aspects of Islam in mainstream media but you can debase Christianity—which in years gone by would have had you burned at the stake.

Thoughts wear today’s fads, witch hunts proliferate and human folly is manifest as some new trend sloshes indiscriminately through our brains like a bucket of slops. Of course it is possible that the pillorying of Sterling was orchestrated in a Manichaean scheme by persons with an interest in forcing the Clippers’ sale. In which case we have not only buckets of slop in our brains but now we’ve added corruption’s stew to the mix. Some pharisaical world this North America of ours.