Health Minister Jane Philpott will meet with the men and their families to discuss counselling, but not financial compensation. 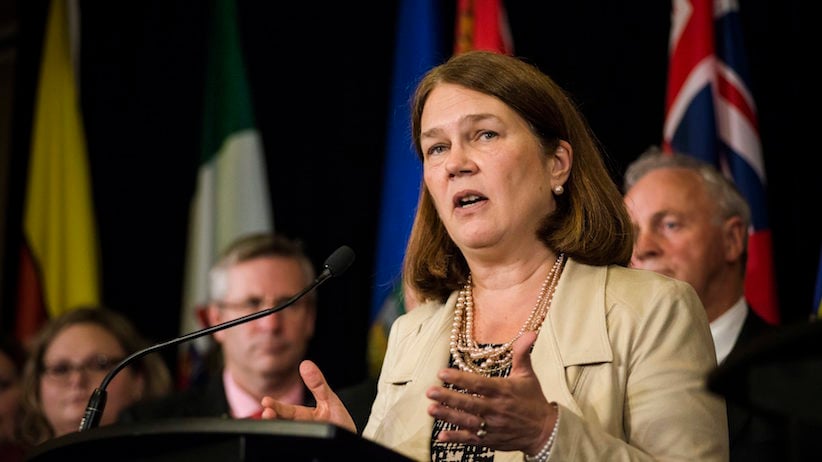 WINNIPEG – Health Minister Jane Philpott will meet Monday with families involved in two cases where babies were switched at birth at a northern Manitoba hospital in the 1970s, a spokesman for the families says.

Former Manitoba aboriginal affairs minister Eric Robinson, who has worked with the men and their families, said Philpott has agreed to meet with the men as well as their parents and siblings, for three to four hours at a yet-to-be determined location in Winnipeg.

Robinson has called for the meeting with Philpott for months and said he believes the men and their families will be seeking a comprehensive counselling program.

“This is an opportunity for the minister to hear a first-hand account some of the issues that they’re having to deal with — the pain and the anguish,” Robinson said in an interview on Saturday.

The two cases involve four men who went home with different parents from the federally run Norway House Indian Hospital in 1975. They went public with the mix-ups in the past year after getting DNA tests.

The first case, involving Luke Monias  and Norman Barkman, came to light in November 2015. The second case was revealed in August and involves Leon Swanson and David Tait Jr.

Philpott called the circumstances appalling after the case of Swanson and Tait became public, and said Ottawa is taking steps to set up a third-party investigation. Health Canada also announced it would offer free DNA tests to anyone born at the hospital before 1980.

Last month, the RCMP said it, too, would investigate the cases.

Robinson said one of the men won’t be able to attend Monday’s meeting due to personal reasons.

He said learning about the switches has been difficult for the men and their families. Some people have told them they shouldn’t be complaining because they received good upbringings, he said.

“Throughout their upbringing, obviously, there was always speculation but there was never any substantial evidence to indicate that they actually belonged to the opposite families,” Robinson said.

“In some cases, I suppose, they’re not coping well, and that is why it is necessary to establish this meeting and we need the federal government to be working with the gentlemen and their families.”

Robinson said financial compensation will not be part of the discussion on Monday.

Northern Manitoba MP Niki Ashton said the months it has taken for the minister to meet with the men appears to show the government isn’t taking the case as seriously as it ought to.

The NDP MP said more than just redress is needed for the men — the government needs to get to the bottom of what happened.

“What I keep thinking is if this had happened in a non-First-Nations setting, people would be up in arms. And here we don’t have just one case, but two cases of this happening in a federally run hospital on a First Nation,” Ashton said.

“It reflects the double standard, and frankly, a history of systemic racism when it comes to health care and the approach of the government towards First Nations health versus off-reserve.”

Health Canada reports 239 babies were born at the hospital in 1975.

The Norway House hospital no longer does elective deliveries and conducts emergency births about once every two months. Babies born there today are immediately given identification wristbands as is modern practice.

Police have said that the passage of time may make their investigation difficult but officers are appealing to anyone with information to contact them.