On the road to terror

Hundreds of Westerners have travelled to Syria to fight the Assad regime. Do they really pose a threat? 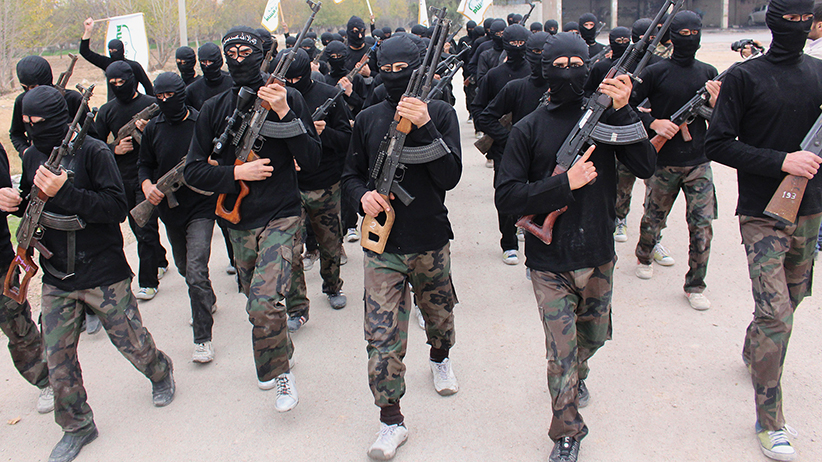 There was something out of place in the small brick house on a quiet lane in Azaz, Syria. It wasn’t the décor, which was typical for a middle-class home in this part of northern Syria, nor was it the group of six men gathered around a table in the foyer. It wasn’t even the fact that the men were all dressed in army fatigues—two of them with firearms holstered to their waists, two others with beards that stretched down to their mid-chest.

This was the spring of 2013 and not far from the house, in Aleppo and Idlib, the world’s most brutal war was playing out. Azaz, only weeks earlier, had suffered the wrath of the Syrian regime. Its main mosque was in ruins; the charred remains of tanks and armoured vehicles littered the town centre. Regime forces had been pushed out by a coalition of Islamist fighters and militias loyal to the secular opposition. Tens of thousands had already died fighting while millions had been displaced across Syria. Rumours were also spreading of a new force building to the east near the Iraq border, calling itself the Islamic State of Iraq and the Levant (ISIS). Their brutality was quickly becoming legendary.

What was strange was that none of the men playing cards around the table were actually Syrian, though they talked as if they were: promising to free the country from the regime of President Bashar al-Assad and musing of the day that Syrians would be guided by Islam, setting an example of the peace Muslims could achieve. Among them was a dentist from the Netherlands: The Doctor, as he was called, was born in Syria but had spent more than half of his life in Europe, settling eventually near Amsterdam. He was a self-described jihadist, “a defender of Muslims,” who in the typical language of jihad, condemned Western nations for their “war against Islam.” But he was also a husband and a father of two young children and in the evenings would often call home to speak to his wife, whispering to her affectionately in Dutch.

It was a contradiction repeating itself throughout Syria. Hundreds, perhaps thousands of men have, like the Doctor, abandoned their lives of relative comfort in countries like France, the U.K., Germany and Canada to take part in the war in Syria and Iraq. Some of these men—and in a few cases, women—have recently turned up on social media committing horrifying acts of violence in the name of ISIS. A Briton is suspected of being the executioner in YouTube videos showing the brutal decapitations of American journalists James Foley and Steven Sotloff. An Australian man posted a photo on Twitter of his seven-year old son holding a severed head with the caption, “That’s my boy.”

The Canadian government calls them “extremist travellers” and, like other Western nations, is now trying to come to terms with the phenomenon: Why do these people choose the path of extremism? And, more urgently, what kind of danger will they pose if (or when) they return home? 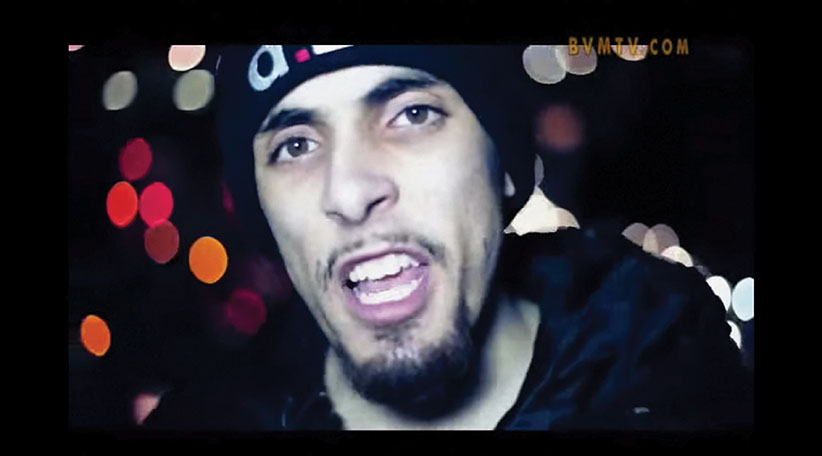 Once an aspiring rapper in London, he is now thought to be the ISIS executioner responsible for the murders of Americans Foley and Sotloff. (Photo by REX)

The Canadian Security and Intelligence Agency (CSIS) believes around 130 Canadians were involved in foreign conflicts in different parts of the world at the beginning of 2014. (Another 80 have already come home and are under surveillance.) The American intelligence community estimates that around 100 Americans have either fought in Syria or have attempted to do so—though less than a dozen are confirmed to be fighting with ISIS. According to Europol, between 1,200 and 2,000 Europeans participated in the Syrian war in some capacity in 2013, including 700 from France, 450 from the U.K. and 270 from Germany.

But no one can say for certain how many of their citizens have joined ISIS or the Jabhat al-Nusra (a terrorist organization), and which have joined one of the other groups in the vast array of militias fighting to topple the Syrian regime. There is, for instance, the secularist Free Syria Army (FSA) on one end of the spectrum, ISIS extremists on the other and every shade of revolutionary, jihadist and war tourist in between.

The journey to jihad is long and twisted. Tracking where individuals go has proven difficult. What is known is that, for most foreign fighters, the journey begins in Turkey where many of Syria’s opposition groups have set up their headquarters. From there, recruits cross over into Syria, often with little foreknowledge of which group they will be joining. “In the past it was a question of when they crossed the border,” says Jez Littlewood, assistant professor at the Norman Paterson School of International Affairs at Carleton University and a specialist in intelligence and security. “Whichever group foreign recruits met at the border determined where they ended up.”

Inside Syria, foreign fighters could sample different groups and decide which fit best with their ideology and goals. Often, groups would share fighters, bulking up forces in areas that needed it. A moderate could find himself fighting alongside an extremist, or vice versa. André Poulin, a Canadian from Timmins, Ont., who died fighting with ISIS in August 2013, was likely one of these. Poulin’s time in Syria, according to Bilal Abdul Karim, a filmmaker who spoke with the CBC about meeting him in Syria, was marked by contradictory emotions. While on the one hand Poulin was “unwavering in his determination” to fight the Syrian regime, Karim says, he was also deeply homesick, “keen to find a phone and call home and find out how his little brothers were doing.”

“You have to understand that a lot of these foreign fighters did not come here to establish a caliphate,” says Mahmood Muhammad an Nais, the commander of an FSA militia based in northern Syria. “Sure, some of them went over to ISIS but most of them were here to fight the Syrian regime. They moved around among the different groups that are now turned against ISIS.”

According to fighters like Nais and others, the vast majority of Westerners are not extremists but rather moderates driven by the desire to help a suffering people. “Not every person who goes over to fight in Syria is a beheader,” says Littlewood. “So we’re going to have to deal with people who return who do not pose a threat to Canada. If one person out of 20 does pose a threat, how do we determine who that one person is? Simply arresting everyone is not a workable solution.”

The U.K. has arrested dozens of extremist travellers and others on suspicion of aiding jihadi groups. Canada appears to be taking a different approach, notes Lorne Dawson, chair of the department of sociology and legal studies at the University of Waterloo, who has written extensively on religious cults and radicalization. In April 2013, Ottawa did pass controversial amendments to existing anti-terror legislation giving authorities the power to arrest Canadians suspected of making plans to travel abroad and join a terrorist organization. But since then, only one Canadian, Mohamed Hersi, has been arrested and convicted. (He was sentenced to 10 years in prison in June this year for attempting to travel to Somalia and join al-Shabaab.)

So far, only one known attack has been attributed to an extremist traveller returning from Syria—French national Mehdi Nemmouche killed two Israeli tourists and a French volunteer at a Jewish museum in Brussels last May. Nonetheless, the threat now feels more real than ever, amplified by the steady stream of ISIS videos and photographs flooding social media showing Westerners who have seemingly turned into bloodthirsty killers. To experts like Dawson, this is more of a propaganda ploy than a reflection of the foreign presence within ISIS. “It seems likely that ISIS is trying to legitimize itself as a global movement by putting forward the faces of Europeans among its ranks in its propaganda videos,” he says.

Those on the ground in Syria also tell a different story. Adnan bin Sabit, a commander with the Ahrar al-Sham, an Islamist movement now fighting against ISIS, tells Maclean’s by telephone that foreigners have begun to abandon the cause. “Last year, I had 1,200 fighters but now I only have 330,” he says. “They came here to fight the Assad regime but now face this monster called the Islamic State. Many did not want to kill fellow Muslims, so they left. If there is one thing these Western countries can do to help us, it is to ask these people to come back and help us fight.”

That, of course, is not going to happen. Instead, Western nations have finally decided to take on ISIS themselves. Last week, a group of 10 nations at the annual NATO summit, including Canada, agreed to form a coalition against ISIS. Turkey, a NATO member, has also begun to tighten up its borders with Syria. And the dynamics in Syria itself seem to be shifting. “All of our efforts are now turned toward fighting ISIS,” says Sabit, the militia commander. “Even Assad’s forces are focusing on them. We have all united.”

Last summer, when ISIS emerged as the most powerful group in Syria and began eliminating its competitors, the Doctor returned home to the Netherlands, says his brother, when reached by Maclean’s. “He didn’t want to be part of Muslims killing Muslims,” he says. What he won’t say is where the Doctor is now. “The world is too afraid of these people,” he says. “It is dangerous for them. But I think the world is making a mistake. My brother is no terrorist. He is a hero.”