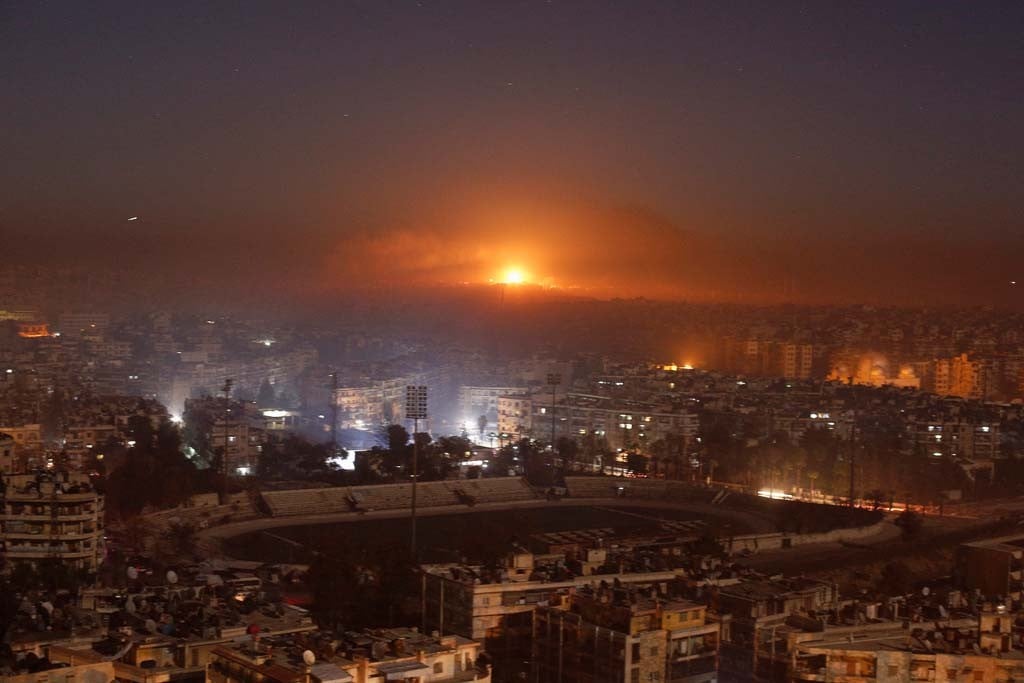 Smoke and flames rise after air strikes on rebel-controlled besieged area of Aleppo, as seen from a government-held side, in Syria December 11, 2016. (Omar Sanadiki/Reuters)

BEIRUT—The Syrian government took full control of Aleppo on Thursday for the first time in four years after the last opposition fighters and civilians were bused out of war-ravaged eastern districts, sealing the end of the rebellion’s most important stronghold.

The evacuations ended a brutal chapter in Syria’s nearly six-year civil war, allowing President Bashar Assad to regain full authority over the country’s largest city and former commercial powerhouse. It marked his most significant victory since an uprising against his family’s four-decade rule began in 2011.

The announcement was made via an army statement broadcast on Syrian state TV shortly after the last four buses carrying fighters left through the Ramousseh crossing.

“Thanks to the blood of our heroic martyrs, the heroic deeds and sacrifices of our armed forces and the allied forces, and the steadfastness of our people, the General Command of the Army and the Armed Forces announces the return of security and stability to Aleppo,” an army general said in the statement.

“No more east and west, Aleppo is back for all Aleppans,” said the Syrian TV correspondent, surrounded by people waving Syrian flags.

MORE: Welcome to the age of the despot

For Syria’s opposition, it was a crushing defeat that signalled the start of a new struggle to forge a way forward.

Ahmad al-Khatib, an opposition media activist who left the city before the siege, said the fall of Aleppo was a date “we’ll never forget and we will never forgive.”

“Let the world bear witness that Bashar Assad has killed and displaced and destroyed Aleppo, and he celebrates in his victory over the blood and offspring of Aleppo … with the agreement of the Arab and Western nations,” he posted on Twitter.

The ancient city had been divided into rebel and government parts since 2012, when rebels from the countryside swept in and took hold of eastern districts. That set the stage for more than four years of brutal fighting and government bombardment that laid waste to those neighbourhoods.

The army statement said the victory in Aleppo is a “strategic transformation and a turning point in the war on terrorism and a deadly blow to the terrorist project and its supporters.”

It was a further incentive to keep fighting to “eradicate terrorism and restore security and stability to every span of the homeland,” it added.

Earlier in the day, Assad said his forces’ achievements in Aleppo are a “major step on the road to wiping out terrorism” and ending the civil war.

MORE: Who is to blame for Syria’s terrorists?

The rebel evacuations were set in motion after a months-long siege and Russian-backed military campaign. Years of resistance were stamped out in a relentless campaign over the past month that saw hospitals bombed, bodies left unburied and civilians killed by shells as they fled for safety.

The campaign targeted all remaining hospitals, knocking them out of service. Medical and food supplies ran out and fighters were left demoralized and abandoned by their regional allies. 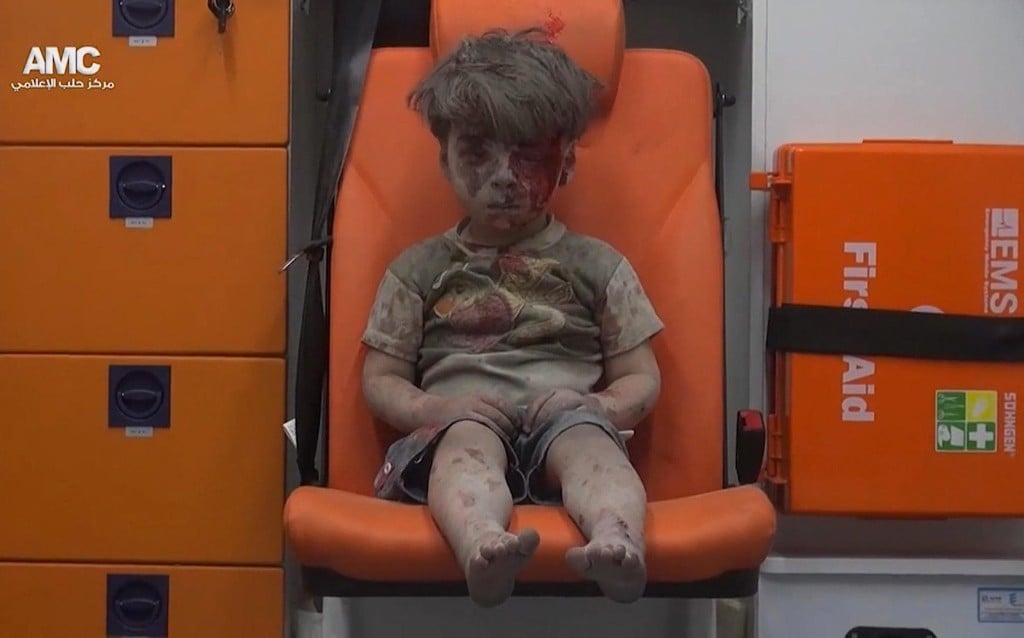 August 17, 2016: Omran Daqneesh, 5, rescued from his building after a government airstrike in Syria. (Aleppo Media Center/AP)

Under a deal brokered by Russia and Turkey, tens of thousands of residents and fighters began evacuating to opposition-controlled areas in the surrounding countryside, a process that took a week.

More than 35,000 fighters and civilians were bused out, according to the United Nations. The ICRC said in a statement that more than 4,000 additional fighters were evacuated in private cars, vans and trucks since Wednesday.

The departure of the last convoy Thursday was a humiliating defeat for the opposition.

The rebels’ hold in Aleppo was a major point of pride, and at times the city seemed to be an invulnerable part of what was once a growing opposition-held patch of territory in the north.

The divided northern city has paid dearly as a central theatre of the war. In the past month alone, hundreds of civilians were killed by intense bombardment of rebel-held zones.

A photo of 5-year-old Omran Daqneesh—confused and covered in dust and blood as he sat in an ambulance after being rescued in August from the rubble of a building—became a haunting image in the unforgiving struggle.