The definition of a 'refugee' narrows

'We are being reduced to nothing': Syrians who fled military service are now terrified they'll be forced to return 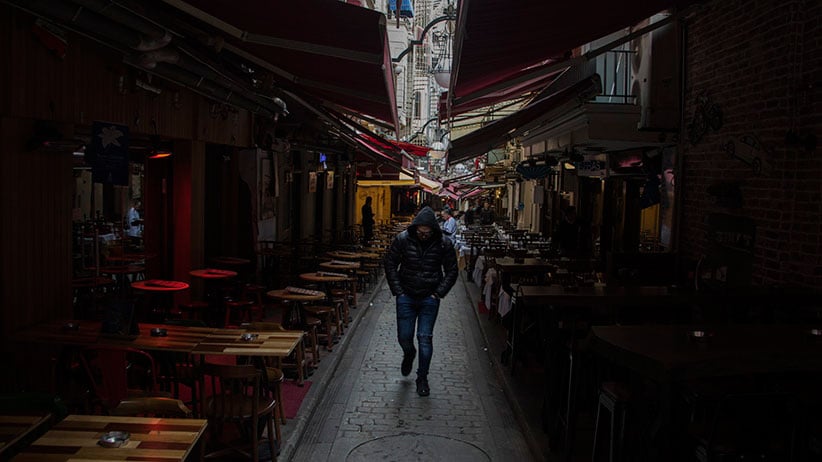 Istanbul, Turkey. Hamid Ismail (not his real name) walks through Istanbul’s Beyoglu district. The 27-year old Syrian refugee is trying to go through the legal United Nations resettlement program to start a new life after he dodged the draft in Syria. (Photograph by Adnan R. Khan)

If there is such a thing as the typical refugee, then Hamid Ismail isn’t it. The solidly built 27-year-old in a clean-cut collared shirt and blue jeans looks more like an accountant behind his owlish glasses than a man on the run.

Ismail (who asked that his real name not be used) left Syria before the civil war ever started, moving to Dubai for work in 2010. He has only experienced the death and destruction of conflict by proxy, on television screens and the Internet or whenever he talks with his family in the battled-scarred city of Homs.

Last January, when Ismail moved to a basement apartment in a dilapidated district of Istanbul, it wasn’t war he was fleeing; it was war he was avoiding. Six months earlier, his parents had received a letter ordering their son to report for military service in the Syrian army. They advised him never to come home. “They told me if I went back, I would be taken directly from the airport to military training,” he says. “How could I do that? Is this a regime anyone would fight for?”

Instead, when Ismail lost his job and had his visa for the United Arab Emirates revoked, he had no choice but to become a refugee in Turkey, one of millions waiting for an opportunity to start a new life in Europe.

But Europe doesn’t necessarily see him that way. Since the chaos of last summer, European Union leaders have struggled to stem the flow of refugees arriving in Greece from Turkey. Border fences have expanded while the definition of who qualifies as a person in need of protection has contracted. Ismail represents a growing subgenre of refugees—draft dodgers, and people fleeing regime-held areas in general—that are not meeting Europe’s standards of desperation. Their stories simply are not tragic enough.

Last year, the first to face deportation from Europe were so-called “economic migrants,” a term broadly designating anyone who wasn’t arriving from a war zone. Then specific nationalities were targeted: Albanians, Armenians, Pakistanis, and sub-Saharan Africans. Canada’s new Liberal government took a more subtle approach, barring single men from its plan to resettle 25,000 Syrians in Canada, disqualifying Ismail along with an estimated 70,000 other draft dodgers who are predominantly single males.

This year, thousands of Afghans have been shipped home after being unceremoniously added to the list. On March 8, a day after Turkey and the European Union agreed in principle to a deal to contain the flow of refugees, European Commission President Jean-Claude Juncker announced “irregular migrants” would also be designated personae non gratae.

What that means is not entirely clear. Technically, irregular migrants could include Syrians already in Europe who do not meet Europe’s rigorous standards of suffering. Those not fleeing actual fighting, for instance, would retain refugee status but still be shipped back to Turkey and “put on the bottom of the list” for resettlement, according to Juncker. In return, Europe would take back an equal number of Syrian refugees, of its choosing, for legal resettlement in Europe.

The plan has come under fire from Amnesty International and other human rights groups who accuse Europe of “horse-trading away the rights and dignity of some of the world’s most vulnerable people” and breaking international law by designating Turkey a “safe third country” for refugees.

“Turkey has forcibly returned refugees to Syria, and many refugees in the country live in desperate conditions without adequate housing,” Iverna McGowan, head of Amnesty International’s European Institutions Office, noted in a press release after the details of the plan were leaked. “By no stretch of imagination can Turkey be considered a ‘safe third country’ that the EU can cozily outsource its obligations to.”

For draft dodgers like Ismail, the deal is analogous to double jeopardy: they are being punished by Europe for being draft dodgers and will be punished for the same crime by the Syrian regime if they return. According to an August 2014 report published by the Immigration and Refugee Board of Canada, military-aged men are the “most vulnerable” of any Syrians returning home and subject to “forced conscription on all sides.” 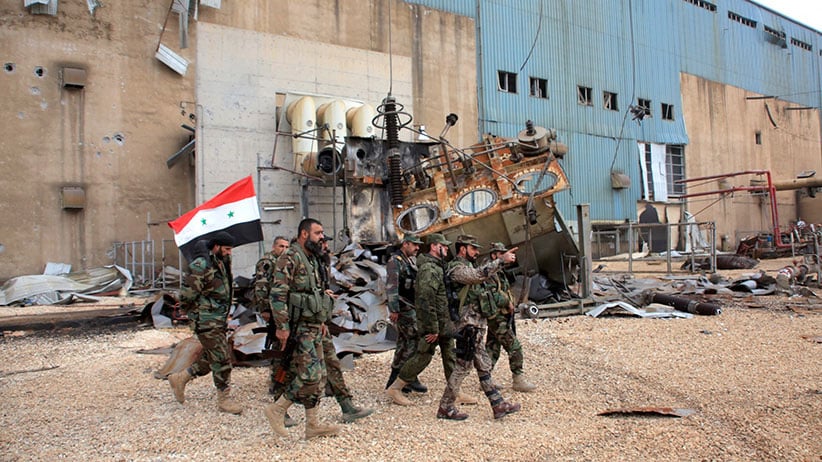 Worst off are draft dodgers who have already reached Europe but still have not had their asylum case assessed. Last summer saw a massive outflow of these people after the regime announced it would be conscripting any male of fighting age, whether he had already completed his military service or not. Thousands of young men fled regime-held territories and made the treacherous journey across the Aegean Sea.

Ali Haidar, 29, arrived in Germany in November last year after fleeing military service from his home in the city of Lattakia. “If I went out from my home, I could at any point run into a temporary military checkpoint where they would immediately send me to the army,” he says via telephone from Münster, Germany. “A person could leave their home and never come back. I didn’t want to be killed or to become a killer for the regime.”

Haidar’s escape is complete: his asylum status was approved at the beginning of February, which is why he has agreed to talk openly. But others, he says, have not been as lucky. With the details of the deal between Turkey and the EU emerging, many young men who are still going through the verification process now worry that their asylum request will be rejected. “These people are dead men if they end up back in Syria,” Haidar says. “In Turkey, their lives will be on hold; they will lose their youth as refugees.”

In mid-February, Assad announced a general amnesty to deserters and draft dodgers. Men like Ismail were given until mid-April to turn themselves into Syrian authorities. But neither Haidar or Ismail put much stock in Assad’s word. “He makes that same promise every year,” Ismail says. “But still we hear the stories of what happens to you if you go back.You get drafted, and they send you straight out to the frontlines. Going back is suicide.”

Migration experts agree. “People who refuse to serve in the Syrian army because they don’t want to be involved in violations of international law clearly should be granted refugee status,” says Thomas Spijkerboer, professor of migration law at the Vrije Universiteit in Amsterdam.

But as the practical definition of a refugee narrows, and the implementation of the deal between Turkey and the EU approaches, the very real possibility exists that these young men, along with potentially hundreds of thousands of others deemed unworthy of protection, will face intense pushback from the very governments they hoped would protect them.

For Ismail, the consequences would be catastrophic. His choice to become a draft dodger was not taken lightly, he says. He knew what it would mean. “What I don’t understand is why Europe will not accept people like me,” he says. “Are they supporting Assad now? They have been fighting the regime but now it feels like they are supporting it.”

After months of shuttling between United Nations refugee offices and foreign consulates, trying to find a legal way to resettlement in a third country, Ismail is now running out of options. Within a few months he says he will use up the remainder of his savings. His Syrian passport has expired and, as a draft dodger, he cannot receive a new one.

“I have been lucky so far,” he says. “I had enough money to survive in Turkey without living like a refugee. But I can see the time is coming now where I will be like all those refugees you see on the streets in Istanbul. We are being reduced to nothing. Nothing is what we can expect.”