Shocked witness compares the scene to the movie 'Jaws' 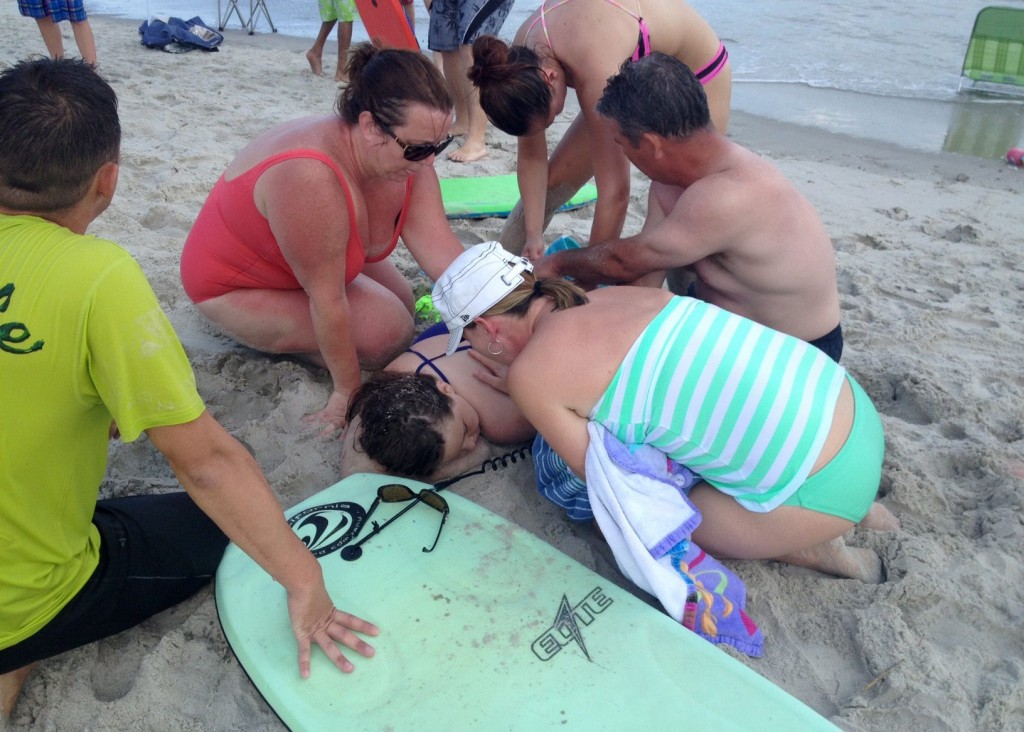 Oak Island Mayor Betty Wallace told WECT-6 that the first victim, a girl, lost part of
her arm and could lose her left leg. Just over an hour later, a 16-year-old boy also was attacked by a shark and was airlifted to a hospital, Wallace said. He lost an arm.

“I saw someone carry this girl (out of the water) and people were swarming around and trying to help,” Steve Bouser, who was just beginning his week-long beach vacation, told The Associated Press. “It was quite terrible.”

The girl was bleeding heavily, and people applied makeshift tourniquets while asking her questions to try to keep her conscious.

It was “quite nightmarish,” Bouser said.

“It was so much like a scene from Jaws,” his wife, Brenda Bouser, added, referring to the 1975 thriller about a giant man-eating white shark.

Local officials sent an all-terrain-vehicle to get everyone out of the water, and the Brunswick County Sheriff’s office was planning to have a helicopter patrol the coastline, the mayor said.

Wallace said Sunday evening that she had no further information on the girl’s condition. The girl is not from Oak Island but was visiting family, the mayor said.

Brunswick County Dispatchers said that they received the first call at 4:12 p.m., and agencies including Oak Island Police and the Air Link Helicopter went to the scene. The second shark attack was reported at 5:30 p.m.