The $5.25 billion expansion is expected to double the canal's capacity 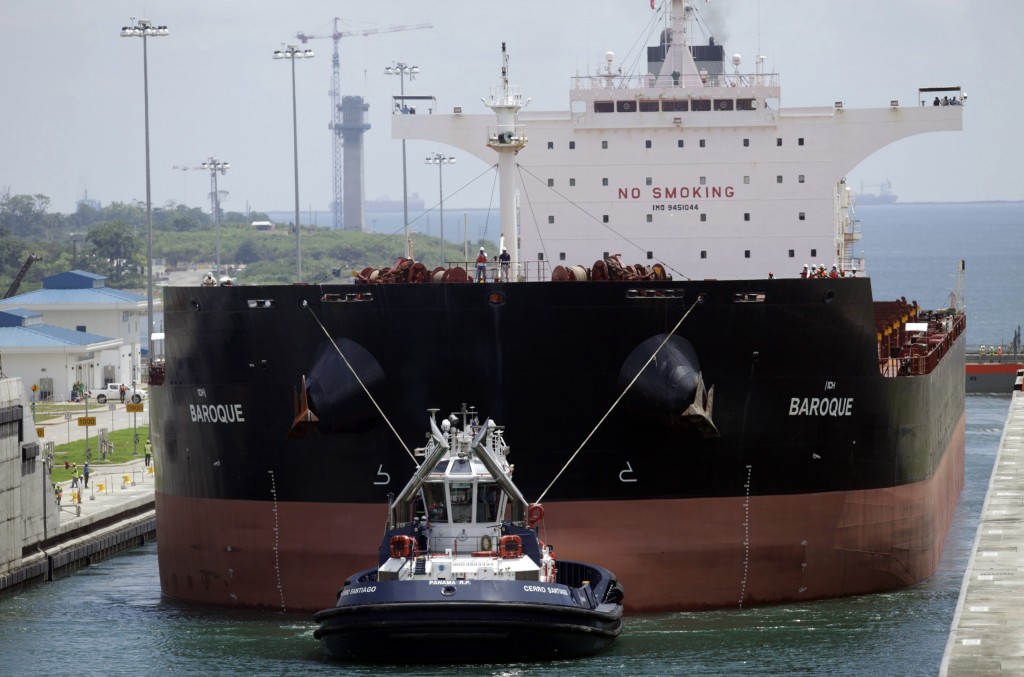 AGUA CLARA, Panama – The first test runs along the newly expanded Panama Canal began Thursday as tugs nudged the bulk cargo carrier Baroque into the first level of locks on the Atlantic side of the canal.

The expanded locks have increased the technical difficulty of manoeuvring larger ships through the canal. But some of the challenges were eased by the weather during the test run, with it being a sunny day without much wind.

And the Baroque, at 836 feet in length, is not as big as the New Panamax behemoths, which measure up to 1,200 feet and which will begin transiting the waterway when it is opened.

The Baroque, rented for the operation, wasn’t carrying cargo on the first run through the Agua Clara locks, which took about three hours.

“The test went very well,” said engineer Giuseppe Quarta of Salini Impregilo, one of the firms contracted to build the expansion. “Today, we weren’t worried about the time.”

Workers and canal administrators were on hand to witness the tests, and workers unfurled a banner that read, “We built the canal.”

The formal opening of the expanded canal is scheduled for June 26, about a year and a half behind schedule.

The $5.25 billion expansion is expected to double the canal’s capacity, tap new markets such as liquid natural gas shipments and cut global maritime costs by an estimated $8 billion a year.

Under the new system, tugboats have to engage in tricky manoeuvrs in a confined space inside the locks themselves to keep the bulky New Panamaxes from banging into the walls or even crushing the tugs if they lose control.

Under the old system, tugboats’ engagement with ships had been limited to guiding them in open waterways and to the entrance of the locks, where powerful locomotives known as “mules” took over, latching on and keeping the vessels in place as the water level is raised or lowered.