The case for using military force against North Korea

Opinion: There is a brief window of perhaps one year in which allies have “good” military options to permanently eliminate North Korea’s nuclear arsenal 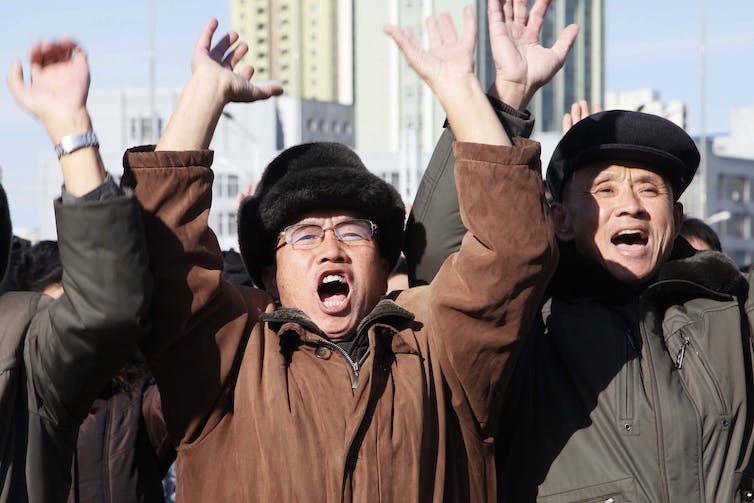 As American and Canadian officials meet this week to discuss North Korea, it’s worth a reminder that military options must be on the table if diplomatic efforts to de-nuclearize the country fail.

The Korean conflict of the 1950s never formally ended. It concluded with an armistice that saw six decades of relative calm with sporadic outbreaks of violence.

Meanwhile, South Korea became democratic and the world’s 10th largest economy. North Korea, on the other hand — an impoverished Communist dynasty — is on the third generation of Kims.

READ: North Korea’s Kim Jong-un is a gangster: Here’s how to sort him out

Many “experts” dismiss or underestimate this threat. U.S. intelligence did too until recently.

Soon, North Korea will be able to threaten or fight a war with nuclear weapons. Will we be able to live with them just as we do with Russia, China and other nuclear armed states?

Since the end of the Second World War, nuclear weapons have been used only as defensive weapons and not against any state. They serve as a deterrent to others, not an offensive weapon by any rational state — barring accidents or miscalculations.

The 21st century’s Korean War will likely involve crossing that nuclear threshold. This has long been viewed as a “red line” no state has crossed since 1945.

The nuclear threshold was formulated because nuclear weapons are so destructive. War between nuclear armed states will almost certainly result in “mutually assured destruction.”

Post-Second World War, nuclear weapons states have uniformly refrained from using the weapons on others. Superiority in conventional weapons was sufficient without crossing the nuclear threshold, and war between nuclear armed states was unthinkable.

North Korea, therefore, presents a major challenge today. It is a nuclear-armed state that is very close to, if not already capable of, wreaking mass destruction anywhere in the world — and openly threatening to do so.

The fear that North Korea could strike any time contributed to the widespread panic felt in Hawaii over the weekend when a false alert about an incoming ballistic missile attack was dispatched to cellphones throughout the islands, already on edge because of the tensions.

READ: Hawaii’s false missile alert was a wake-up call for a complacent world

The question of North Korea’s intentions and motives has divided expert opinion.

Rational? Or a madman?

Many experts believe that Kim Jong-un is actually rational and is using his nuclear arsenal as a deterrent, knowing that launching a nuclear attack would amount to suicide since the U.S. would retaliate in kind. North Korea, therefore, is just like any other nuclear armed state, these experts contend.

The U.S. government, on the other hand, has different ideas. The Americans argue North Korea’s goals are not defensive or centred on regime survival, but offensive, with the intention of expelling the U.S. from South Korea, unifying the Koreas on their terms and then extorting compensation from those with whom North Korea has grievances.

I am a defence analyst who testified to a Canadian parliamentary committee in 2017 on why and how Canada could defend itself against such an attack from Kim Jong-un. I believe that despite the risks, the U.S. and its allies must consider a resumption of the Korean War in order to de-nuclearize the Korean peninsula.

There is a brief window of perhaps one year in which allies have “good” military options — meaning options that would not result in global mass destruction —to permanently eliminate North Korea’s nuclear arsenal. After that, North Korea’s nukes will be too large and sophisticated.

These military options must comply with international conventions on the legitimate use of force — specifically, that it’s the last resort after all other peaceful means have failed.

Force used should also be proportionate, and ideally the minimum necessary.

The U.S. is constrained by rules of law, convention and consideration to both protect allies and minimize collateral damage to both allies and belligerents.

While precision munitions can limit damage, the sheer quantity of North Korean targets means that assured destruction will be difficult. Low-yield nuclear explosives may be the only technically sound means for certain targets whose destruction must be achieved with certainty.

Crossing the nuclear threshold is a big decision, made more difficult because the international law definition of WMDs, by default, defines all nuclear explosives as WMDs, regardless of their actual effect.

North Korea has expressed no compunction about crossing the nuclear threshold. It has made clear its intent to do so either by surprise attack or a pre-emptive strike. The country’s intention to challenge and change the status quo with offensive use of nuclear weapons is well-documented.

China, Russia and the U.S., on the other hand, have historically had grave reservations about crossing the nuclear threshold for fear that it would lead to general nuclear war; they still do.

It’s not clear that either Russia or China would use their nuclear arsenal to defend North Korea in the event of a conflict. It’s also not inevitable that American use of nuclear explosives would result in mutual destruction. On the contrary, it may prevent North Korea from using its own nuclear weapons.

As it stands, there is no question that the United States would use nuclear weapons to retaliate against a successful North Korean nuclear strike on American soil.

Selective, judicious, limited use of nuclear explosives on the most difficult North Korean targets, indeed, may offer the only military option that can prevent mass casualties in North Korea, South Korea, Japan and the United States.

Properly used, nuclear munitions can result in a minimum of radioactive or long-term contamination, or mass destruction —far lesser consequences than if North Korea actually detonated one of their crude nuclear weapons.

The implications of resorting to military options on North Korea that might include nuclear explosives should weigh heavily on Kim Jong-un. China, Russia and others have assumed that the U.S. is just bluffing.

But realistic assessments of North Korea’s vulnerability to American power and determination to de-nuclearize the Korean Peninsula could bring them to the negotiating table before it’s too late.