Memo to tourists: Dachau is not Disneyland

Within Dachau's walls, the crowds are frenetic, loud, and only generally aware that something significant surrounds them. How did it come to this? 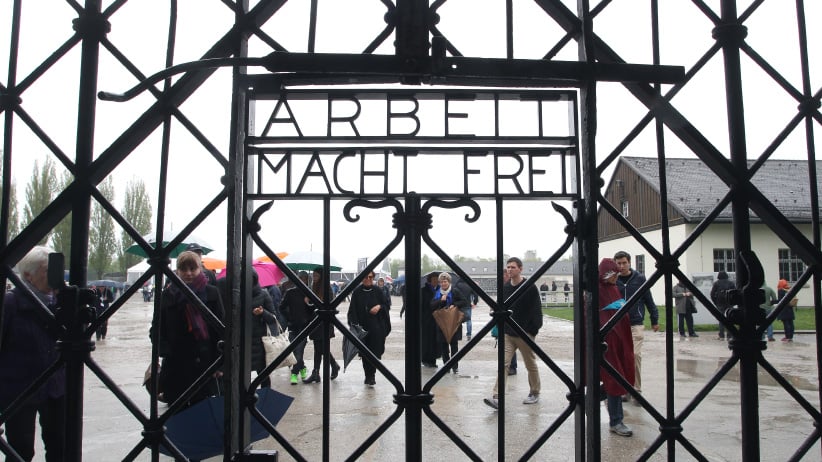 In an age of ubiquitous technology and look-at-me social media, where “selfies” have replaced a focus on others while travelling—remember when people once took pictures of their friends and family, with their own visage only one among many in a group photo—one might hope that at a concentration camp, restrained behaviour might still exist.

Unfortunately, no—the cult of the self has overwhelmed such modesty, and merged with the tendency now to treat even the most sacred and solemn historic sites like mere tourist attractions and nothing more.

This was on full, dispiriting display at Dachau, the site of the first Nazi concentration camp in 1933, where I recently spent half a day among selfie-snapping crowds seemingly incapable of sombre contemplation.

The necessary background: Dachau, named after the German town that abuts the concentration camp, trapped at least 188,000 prisoners over its 12-year existence and saw 28,000 killed. (Some estimates are higher.)

Early prisoners included socialists, communists, Jehovah’s Witnesses, union members and then later,Jews. Dachau, for those not aware of its grisly history, was one of the German concentration camps where Nazi medical experiments were conducted. Prisoners were human “guinea pigs.” They were subjected to tests that measured the effect of hypothermia, malaria, tuberculosis, and also how high altitudes affected the human body (to conduct these tests prisoners were placed in a decompression chamber) and the efficacy and side effects of experimental medications.

A gas chamber and two crematoriums were built at Dachau. Unlike other camps (Auschwitz was the most well-known) where prisoners were first gassed and then cremated, there is, as the United States Holocaust Memorial Museum notes, “no credible evidence that the [Dachau] gas chamber…was used to murder human beings.” Dachau prisoners judged too weak to continue working were instead sent to a killing facility near Linz, Austria—2,598 over the course of the camp’s existence; meanwhile at Dachau, prisoners who were “problematic” were shot or hanged by the SS and then cremated on-site.

Dachau was not only the first German concentration camp; it was also the model for other, even more murderous camps created by Hitler’s regime. Thus, Dachau included a training centre for SS concentration camp guards before they were assigned to other camps.

When the camp was liberated by American troops on April 29, 1945, more than 67,000 prisoners were found in Dachau and its sub-camps; two-thirds were classified as political prisoners and one-third were Jews. American forces also discovered 30 train cars in the vicinity, crammed full of dead corpses in various states of decomposition—presumably meant for the crematorium at Dachau.

The looming prospect of walking on the very earth where men and women were stripped of their identity, assigned Nazi numbers and then endured or died, should focus one’s thoughts. After all, as one approaches the gate to Dachau concentration camp, the infamous “Arbeit macht frei” (“Work sets you free”) inscription above the entrance soon comes into view.

But just inside the camp, in the roll-call square for Dachau’s prisoners, what should have been a solemn moment for visitors in the near-noon heat was instead disrupted by throngs of tourists whose behaviour resembled a European town square at the height of travel season: frenetic, loud, and aware in only a general sense that something significant surrounds them, but oblivious to its specifics.

Thus, in the square where Dachau’s imprisoned unfortunates once stood at perfect attention, lest SS guards boot-kick the shins (or worse) of the emaciated prisoners, the cell-phones, selfies and cameras were out in full force while crowds indifferently snacked and laughed, as if everyone was visiting Hollywood’s Walk of Fame instead of a site where “stars” signified a very different fate.

Another notable sign of declined deference to humanity’s dead: I walked through Dachau’s “bunker” at the south side of the concentration camp—the building where prisoners were moved by SS guards for solitary imprisonment and just as often to be tortured (or hung or shot in its courtyard). There, wandering down the hallway, where signs described the state of prisoners and also the atrocities carried out by SS guards in select cells, one young tour group meandered around, with adolescent boys wisecracking and cavorting—utterly normal behaviour, but jarring in its inappropriateness given the cells and setting. I gave a “shhhh” to the pack; it made only a temporary difference.

Some of those unaware of the need for restraint appeared to be German high schoolers on official tours, their teachers nowhere in sight. However, I emphasize “some.” A few students walking through the site clearly realized, perhaps for the first time, the consequential lessons the death camp memorials now attempt to teach—the potential for man’s evil to other men and the reality of it in the case of Dachau. But too many in attendance that day displayed a lackadaisical insensitivity to Dachau’s death camp.

So how to explain this unfortunate phenomenon? I’d like to hope it was only the day I visited: it was sunny that morning, which can produce a parallel optimism; perhaps overcast or rainy weather would better provoke a sombre mood in those walking around the first Nazi death camp. Or maybe it’s the camp’s proximity to Dachau, the town. Neatly arranged townhouses overlook the bunker, with only a fence and a few metres separating them. Normality long ago returned to Germany, including Dachau, and perhaps it is difficult to sustain a sense of unique horror when everyday life continues around the 84-year-old camp, and when so many of those with direct memories of the horrors are no longer with us.

Whatever the explanation, the casual indifference at Holocaust sites is something others have also begun to notice. Last year, Ukrainian filmmaker Sergei Loznitsa set up cameras at Dachau and also at Sachenhausen (near Berlin) and let them roll. He recorded selfie after selfie, along with all the other self-obsessed behaviour all too common in what he labelled “Holocaust tourism.”

One Guardian columnist, reviewing Loznitsa’s documentary, Austerlitz, suggested selfies be banned at concentration camps, though not photography. That’s a sensible proposal, though I found myself unable to even take my camera out of my backpack; to snap a photograph seemed too casual.

Another approach to confronting self-absorbed selfie tourism: shame. Earlier this year Israeli artist Shahak Shapira superimposed cut-outs people had taken at the Berlin Holocaust memorial (including people engaged in yoga and rap poses) over ghastly Holocaust images of starved camp prisoners and corpses in trains. It helped show the disrespect that Holocaust tourism communicates to the dead and to those who were fortunate enough to survive.

It would be too easy, though, to blame the young and engage in generational stereotypes. To complain of the ignorance of youth is to engage in circular reasoning—why should young people be expected to know that which they have not been taught? Or that which has not been emphasized? Fact is, if some children or young adults lack historical knowledge and awareness of why such sites should be treated as akin to holy shrines, with the greatest of reverence and respect, the blame falls elsewhere: on adults who by a lack of instruction, presence or example, fail to signal the importance of sober, even somber, remembrance.

Thus, examples matter: As I exited Dachau, walking along a path from the main gate back to the visitor centre, a forty-something fellow trotted by in the opposite direction. He walked casually, licking a fudgesicle, or popsicle or some similar frozen creation. His gait and casual cluelessness said it all: he was approaching just another “attraction” of sorts, as if he were about to enter Disneyland and not Dachau.

Mark Milke is a Calgary author and columnist and an occasional Maclean’s contributor. Follow him on Twitter at @MilkeMark.