Adnan R. Khan on why it’s not fascism or even racism that's driving the surprising success of the German far right. Canada should take notice. 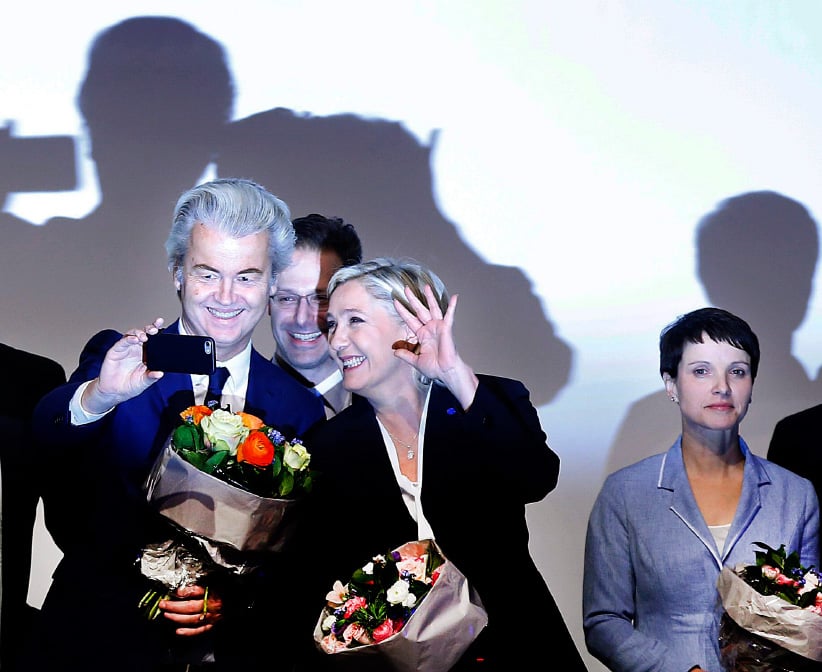 The Alternative for Germany (AfD), a party that has staked its reputation on protecting Germany for Germans, exceeded expectations in parliamentary elections on Sunday  by winning 12.6 per cent of the popular vote and securing 94 seats in the German parliament. The result sent a shiver through moderates, not only in Germany but around the world.  For a nation bedeviled by the memory of the vilest form of fascism the world has ever seen to succumb again to what appears to be a fascist urge cannot bode well for the future of western democracy.

But here’s the uncomfortable truth: Germany did not fall victim to a new iteration of fascism, nor is overt racism the underlying factor that has helped the AfD’s rise from obscurity to the third largest party in Europe’s largest democracy. Like the U.S., where the rise of Donald Trump has confused and bewildered pundits of every political stripe, and Canada where right wing populists like Kellie Leitch have found receptive audiences, conservatism around the world is in a state of crisis.

Liberal values have dominated the social and political discourse for decades and rapid changes in western societies, from free trade to social progress in gender identity and evolving concepts of the family unit have left traditionalists without a political voice.

Parties like the AfD and leaders like Trump have filled the void, promising a return to a more familiar past where men are men, women are women, and nations are defined by their histories, real or imagined.

In Germany, for instance, studies suggest neo-Nazis remain a fringe group who, on their own, could never muster the kind of support needed to enter German politics. Instead, the AfD focused its election campaign on immigration and refugees and the perceived threat they pose to traditional German lifestyles. The regions where it did well—primarily in the former East Germany, where it garnered nearly one-quarter of the popular vote—are home to some of Germany’s most nativist populations.

The exception that proves the rule was Bavaria, arguably the heartland of German conservatism. But here, voters had an alternative to the AfD, the Christian Social Union, a more ardently right wing sister party to Angela Merkel’s Christian Democrats, which only runs candidates in Bavaria.

According to Jonathan Haidt, a psychologist at New York University who specializes in the psychology of morality, it’s far too easy to substitute the fear over loss of identity with racism, or worse still, fascism. Protecting ones inherited identity, a feature common to conservatives, is not the same as racism, he argues, but rather an innate feature of the conservative “moral mind.”

In a fascinating Ted Talk, Haidt identifies five “foundations of morality” which guide human behaviour: harm, fairness, in-group, authority and purity. His research has shown that liberals and conservatives around the world share the first two—an aversion to causing harm and a desire for fairness, with liberals scoring only slightly higher than conservatives. But the last three are much more strongly felt by conservatives. The political right, Haidt argues, places high moral value on deference to authority, loyalty and self-control.

Those features translate in the real world to a deep-seated aversion to change and the torrid pace of liberalization of western society over the past couple of decades. In Germany, the rise of the AfD correlates with a feeling among Germany’s conservatives that their identities are under attack by liberal mainstream politics. Merkel’s decision to open the doors to refugees in 2015, without public consultation, played into the hands of the far right. Other policies, including a recent law legalizing same sex marriage, have strengthened the AfD’s position as the sole voice for Germany’s traditionalists.

But there is hope for a return to consensus politics. One of the consistent features of the far-right is its lack of internal cohesion. Unity of purpose is not something the far right can boast, in large part because it is not a movement in the traditional sense. The so-called alt-right is a mash up of disgruntled white men, old school racists, cultural puritans and religious ideologues loosely brought together by their shared suspicion of globalization and liberal values.

For the AfD, that has proven a difficult challenge. Bitter in-fighting has left the party deeply fractured. Even after its electoral success, it suffered a serious blow when one of its more moderate leaders, Frauke Petry, announced she would sit as an independent in parliament. Shortly after, others followed suit.

The moderate/radical divide also exists among Trump supporters, with the former amenable to change if their concerns are met. Those concerns, according to Haidt, are based in a fundamental aversion to chaos, which conservatives believe rampant liberalism promotes.

The fast pace of social change in the 21st century and the radical narratives employed by some on the left to promote ever more change has led to a conservative backlash and the only way to return to constructive engagement, Haidt adds, is to understand the “moral matrix” which guides conservative thinking.

The Germans now have to find a path to that understanding. Merkel has stated she is unwilling to do so, saying the AfD will have no role in German politics going forward. Canada should avoid such a divisive trap. Not all supporters of the AfD, or even the so-called alt-right, represent the kind of extremism that some populist leaders have used to gain power. Legitimate social conservatives will always form a part of our societies and should be given a voice. By marginalizing them, we push them into the arms of radicals. And we ignore them at our peril.