Of flat tires, sudden darkness and rays of hope

Claire Ward is a former associate editor at Maclean’s and is pursuing a Master’s in news and documentary at New York University. She is blogging from Zambia, where she is filming The Cola Road, a documentary that follows the launch of the first aid program that aims to use Coca-Cola’s distribution network to deliver medicines to the remotest corners of the developing world. Check out more updates from The Cola Road on Facebook at: www.facebook.com/TheColaRoad or Twitter at:www.twitter.com/TheColaRoad. Or follow Claire on Twitter @thementalward

Boys will be boys, and men will be boys. My dad’s favourite adage plays in my head as I cling to my seat in the back of the Land Rover, this time in a southern province about 20km down a craggy dirt road west of Kalomo. Simon drives with the confidence of someone who has been manning offroad vehicles for years — that is, with startling speed and an apparent taste for plunging into crevices, letting out little “woos!” when big dips catch us off guard. Rohit Ramchandani sits shotgun — he’s the Canadian public health PhD candidate leading the monitoring and evaluations team conducting research in ColaLife’s targeted communities. Four of us — Albert, Tracy (my new crewmate) and Elizabeth, a researcher conducting an evaluation of ColaLife’s targeted communities — are crammed into the backseat. We make small talk as the sun tucks itself under the horizon, leaving behind dramatic silhouetted trees and a gleaming pink and orange sky. We pass a young man on a bicycle with a goat tied to his back. Simon calls out, “Is that your dinner?!” The man grins and replies, yes, flashing a row of perfect white teeth.

We continue on and as the pink sky fades to inky black, which happens alarmingly fast in Zambia. At once the road begins to feel considerably bumpier. Within minutes — minutes, that is, and not seconds — Albert and Simon determine it feels like we have a flat tire. We pull off the road and I grab my camera, ready for action. When I step out, my leg is nearly seared by the burning, smoking back tire, which is completely shredded, the rim bent and deformed. I’m quickly ushered away from danger by the half-dozen young Zambian men who swarm our vehicle — they belong to Elizabeth’s group of researchers and have been traveling by pick-up truck behind us. Simon is managing the repair by second nature, handing a tire iron here, a carjack there, urging the young men to be safe as they play mechanic. He and Albert hoist the spare tire off the back and before we know it, we’re off again.

“This is one of the realities of working in the bush,” says Cosmos, one of the contracted researchers accompanying us. “If it wasn’t for this tough car, you might have been spending the night out here!” I see smoke rising off a particularly virulent looking bush fire looming in the near distance, and I’m glad we got lucky.

ColaLife has now officially entered its dress rehearsal: Three weeks out from the beginning of the trial, Simon has orchestrated a mock run that will simulate the transactions and logistics that should take place once the project is underway — an attempt to spot and correct problems before systems are mobilized. Earlier today, we visited a small village out in the bush, where we met a group of local mothers to inquire about existing issues around diarrhea and access to medicine. About a dozen of them sat in a semi-circle in a schoolhouse classroom, each wearing a colourful chitenge, a patterned textile worn like a sarong; their babies either tied to their backs or crawling underfoot. When asked about how they treat diarrhea, some replied they use “anything bitter,” including boiling a certain tree bark, mixing goat droppings in water, or giving mealie meal (maize flour) — often, they administer all the remedies at once. Some of the women also said they use oral dehydration solution (ORS) when they can get it, but many agreed children dislike the taste of the medicine even more than that of traditional remedies and refuse to drink it. (I don’t blame them — it’s an oily, unpleasant liquid.) That’s why ColaLife’s ORS is orange-flavoured, which they hope will help make it more palatable to youngsters.

For a second, I had a flashback of earlier this week, when I was filming Simon drive out to PharmaNova, the local pharmaceutical company that manufactures ORS. We got stuck in a typical Lusaka gridlock and were idling awhile on an overpass. Just ahead of us was a white pickup truck. Two women were seated in the back, their arms resting on a small coffin covered in orange flowers. The vehicle was crammed with men, some grieving openly and looking back. The coffin could not have been longer than four feet. The conversation lulled in the Land Rover as we pulled away.

Back in the village, Simon and Albert had started pitching the Kit Yamoyos, soon to be sold at the local shop. Albert carried a single sample kit and gestured with it, describing the contents inside. A group of six or seven men looked on with interest, until one pulled out 5,000 Kwacha ($1USD) saying he wanted to buy one immediately. Albert hesitated: He only had the one sample to show, and the kits would become available in just weeks, he said. The man persisted, speaking softly in his native Tonga. He had a six-month-old who was suffering from diarrhea, he said, and the local medical post was out of ORS — “just weeks” was too long to wait. The look on his face was disquieting — that of a father who had seen an opportunity to save his child and was desperate to seize it. Simon, who had been standing aside and letting Albert do the talking, suddenly stepped in and said that the man could buy it. And that’s how the first Kit Yamoyo was sold. The bystanders looked on as Albert explained how to mix the medicine using the kit’s container. Eventually, the man hurried off. The ColaLife crew were left standing around — Simon beaming and Albert looking somewhat pensive — the pair no doubt feeling a mix of accomplishment and responsibility. ColaLife’s neat, innovative little idea — which has been explained umpteen times in boardrooms, offices and conferences around the world — had finally become a reality. 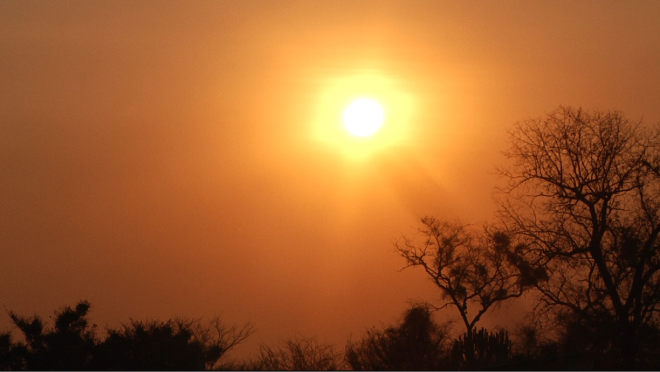 "We make small talk as the sun tucks itself under the horizon..." (Photo: Claire Ward) 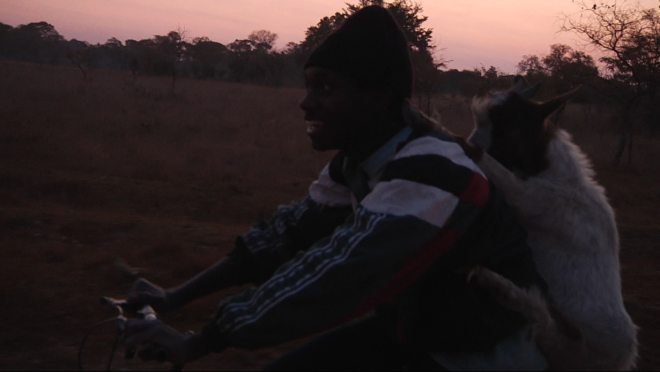 “Is that your dinner?!” (Photo: Claire Ward) 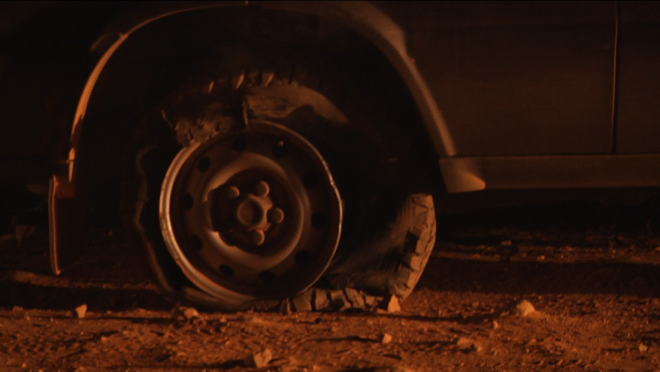 "...the burning, smoking back tire, which is completely shredded, the rim bent and deformed." (Photo: Claire Ward) 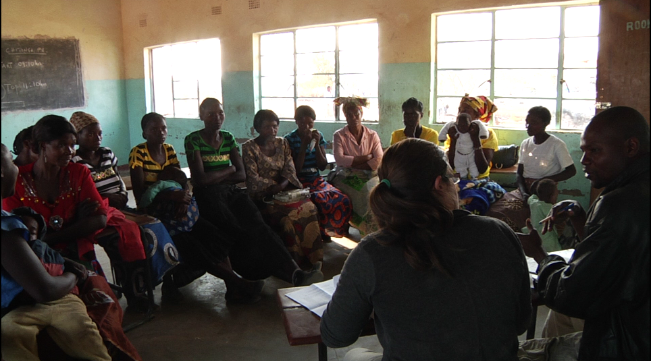 "...we visited a small village out in the bush, where we met a group of local mothers." (Photo: Claire Ward) 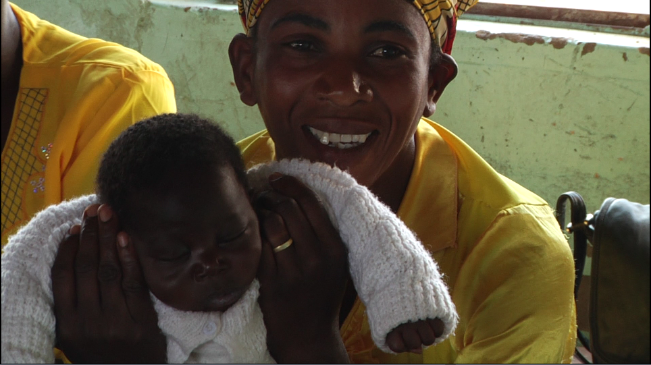 "...each wearing a colourful chitenge, a patterned textile worn like a sarong." (Photo: Claire Ward)

Next week: I sit down with Dr. Joseph Kasonde, Zambia’s Minister of Health, to address issues of access to medicine in rural areas, public-private partnerships, and the potential public health concerns over teaming up with with Coca-Cola. Stay tuned!