The debate about democracy (whatever that means) 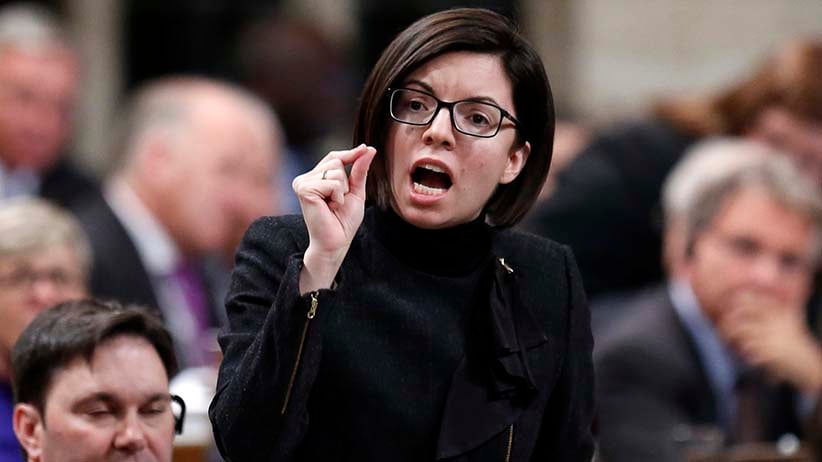 Nobody should be held too meticulously to account for something they wrote on Twitter before dinner on a Sunday, but sometimes things just pop out. Niki Ashton is the 32-year-old member of Parliament for Churchill, Man. Her mother is Greek, Ashton speaks Greek and she was, in 2011, married in Greece, so you will understand that she has been watching the negotiations between the Greek government and the European Union closely.

When it became clear that Greeks had voted “No,” by more than 60 per cent, to bailout conditions set by European Union institutions and the International Monetary Fund, Ashton was over the moon. “NO to austerity!” she tweeted. “YES to democracy!”

That was enough to set off Pierre Poilievre, the Conservative government’s minister of employment. “NDP policy: Be like Greece,” he tweeted. Poilievre is often a step ahead of broader Conservative messaging. Sure enough, a day later, Joe Oliver, the finance minister, was in Vancouver sounding a lot like Poilievre. Canada succeeds because it made good decisions, Oliver said; Greece fails because it makes bad decisions; and the NDP and Liberals are urging Canadians to make bad decisions of the kind that have all but sunk Greece.

Ashton dithered briefly when she discovered she was in a fight. First she said she was “expressing a personal opinion,” not NDP policy. Then she declared that, having “seen what friends and family are going through in Greece,” she would make “no apologies.” But I’m stuck on that word “democracy,” as she applied it to this business in Greece.

Is anyone actually against democracy, after all? Surely not. But democracy is a tricky word. It can mean all sorts of things, or something close to nothing at all.

Take the vote Greece just went through. It was the first time Greeks had been asked to vote on a single question in 41 years. The country’s prime minister, Alexis Tsipras, gave his countrymen eight days’ notice. (Scots knew the date of their independence referendum, and the wording of the question, 18 months in advance.) The Greek ballot question was long and referred to two annexes, one from the EU and one from the International Monetary Fund, that were written in English and had no official Greek translations. The proposal those documents described no longer existed by the time Greeks voted, because it depended on continued debt repayments the Greek government had already failed to make.

Tsipras called for a No vote that would, he claimed, reject the EU’s stated terms for Greece’s continued participation in the euro; force the EU to improve its offer; and keep Greece in the euro. That’s quite a bank shot. Most of it was beyond the capacity of any (democratically elected, one might say) Greek government to deliver. There was no time or forum for a calm debate over the merits of the options. And as is inevitable in referendums, people could vote No for reasons that had nothing to do with Tsipras’s: some because they actually did want out of the euro or the EU, others because they hoped for chaos that would wreck Tsipras’s government. In the absence of another vote on the proper meaning to assign to this one, who’s to say?

Inevitably, EU pols responded to Tsipras’s claims about democracy with some of their own. “Remember that we are, in the eurozone, 19 democracies,” Finland’s ﬁnance minister, Alexander Stubb, told reporters in Brussels. “I come to this meeting with a very clear and strict mandate from my parliament and my government.” Stubb’s government could have called a referendum inviting Tsipras to stuff it. Finns might have given that notion a hearty Yes. How happily would Niki Ashton cheer for democracy then?

But there I go, using one of the most loaded words in any language, “democracy,” to score cheap debating points. It’s hard to resist the temptation. We do it all the time in Canadian politics. When a cabal of opposition politicians wanted to supplant the Conservative government at the end of 2008, they said they were serving parliamentary democracy. When Harper fought back, he made similar claims. In 2009 and 2010 and 2011, every time Michael Ignatieff thought he might defeat the minority government of the day, it was easy to find observers who’d ask what could be wrong with a little democracy. As if only an election is democracy. As if Parliament isn’t an expression of democracy.

Now there are rumours Harper will call the election much earlier than mid-September while keeping Oct. 19 as election day, effectively stretching the campaign long past the five-week minimum set in law. Suddenly a lot of the people who used to be eager to see a campaign are less eager. Suddenly they’re not sure they like the rules of the fight.

“Democracy” is what the Scottish philosopher W.B. Gallie called an “essentially contested concept,” a notion everyone can praise in the abstract while disagreeing, honestly and in good faith, about almost every detail of any given case. (Gallie listed “art” and “duty” as other essentially contested concepts. Art is wonderful and everyone should do his duty, but is that mess on the wall art, and what’s my duty today?) Debate is at the heart of democracy, or should be. But appeals to democracy are usually designed to shut debate down, not to deepen it.

As for Ashton’s other favourite word, “austerity,” don’t even get me started.