The West has finally awoken to the Ebola crisis. Now if only it could offer more than fear and hysteria. 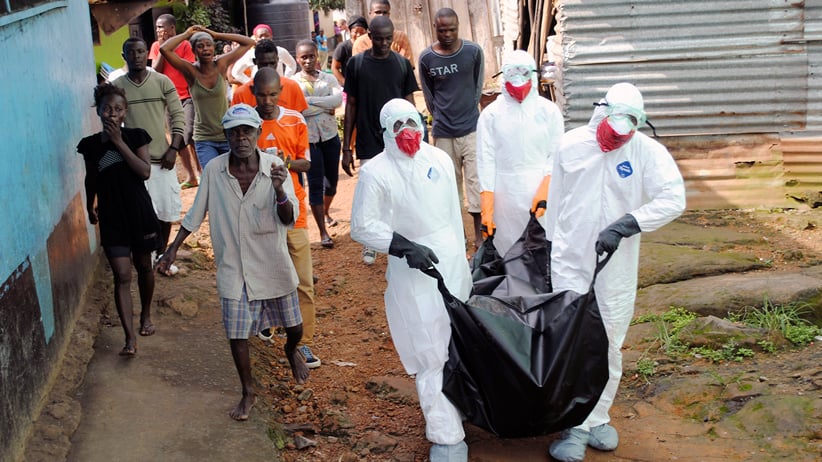 Imagine you are woken by your neighbours crying for help. You open a window to see their house on fire. They have fled to the roof and are begging for a ladder. Instead of running to assist, you frantically start changing the batteries on your smoke detector before fainting from fright.

That is the West’s reaction to Ebola.

At first, we largely ignored those cries. From March onward, Ebola spread relentlessly, with almost no one paying attention outside of West Africa. On May 23, the number of cases reached an inflection point and began to rise sharply. What was a localized outbreak was now a global problem. But, over at CNN, the top story of the day was the Donald Sterling scandal.

We were eventually roused by the five-alarm fire spreading through Liberia, Sierra Leone and Guinea, and we woke with a fright. The cable news networks, as we have come to expect, took to the role of Chicken Little with enthusiasm. Fox News, demonstrating a cross-promotional genius, declared Ebola the Islamic State of viruses. When the first American became ill, CNN went hoarse comparing events to the Hollywood movie Outbreak.

Local authorities soon took their cues from the cable anchors running around the set waving their arms. Anyone with a cough and a recent ticket to Africa was thrown into an isolation ward and onto the front page of the local newspaper. In some cases, the overreaction seemed like a Saturday Night Live skit. A Philadelphia man on a US Airways flight sneezed and then joked he had Ebola. A hazmat team escorted him and the rest of the passengers into quarantine.

The virus has mutated into the perfect bogeyman terrifying a Western psyche preoccupied by Africa, foreigners, anarchy and apocalypse. The Ebola anxiety, in this sense, is related to our taste for zombie movies. To be living in Europe or North America in 2014 is to enjoy the safest, wealthiest, healthiest moment in human history so far. In the absence of natural predators such as war, famine and sabre-toothed tigers, our hard-wired paranoia struggles to find a real threat. Enter Ebola and zombies, stage left.

Ironically, as the West hysterically overreacted to the risk Ebola poses on our home shores, we neglected to help those who are actually threatened. The World Health Organization, usually the primary response coordinator in these outbreaks, was slow to react. In September, the United Nations estimated it would require $987 million to stop the outbreak and ensure essential services. By October, a special UN mission was on the ground, but it says it still needs helicopters, mobile labs, fuel, clinical supplies and 3.3 million items of personal protective equipment. Western governments have spent more time talking about symbolic airport screening measures than about concrete steps to assist those in immediate need.

And you, dear reader, nodding solemnly in agreement with these last several paragraphs, what have you done to help?

The fact that Ebola will not directly harm you or your loved ones is no excuse for inaction. Ebola is a terrible disease that is tearing apart some of the most fragile states in the world. It is shutting down hospitals, economies and governments. Its impact will be felt for years.

But you can do something. Start by supporting an organization like Last Mile Health, bravely fighting the virus on the ground in Liberia. They are putting out your neighbour’s fire. Stop worrying about your own smoke detector and help them lift that ladder.