The Editorial: Time for Barack Obama to lead on race relations

The President seems singularly suited to deal with the monumental task of healing racial divides. Can he succeed? 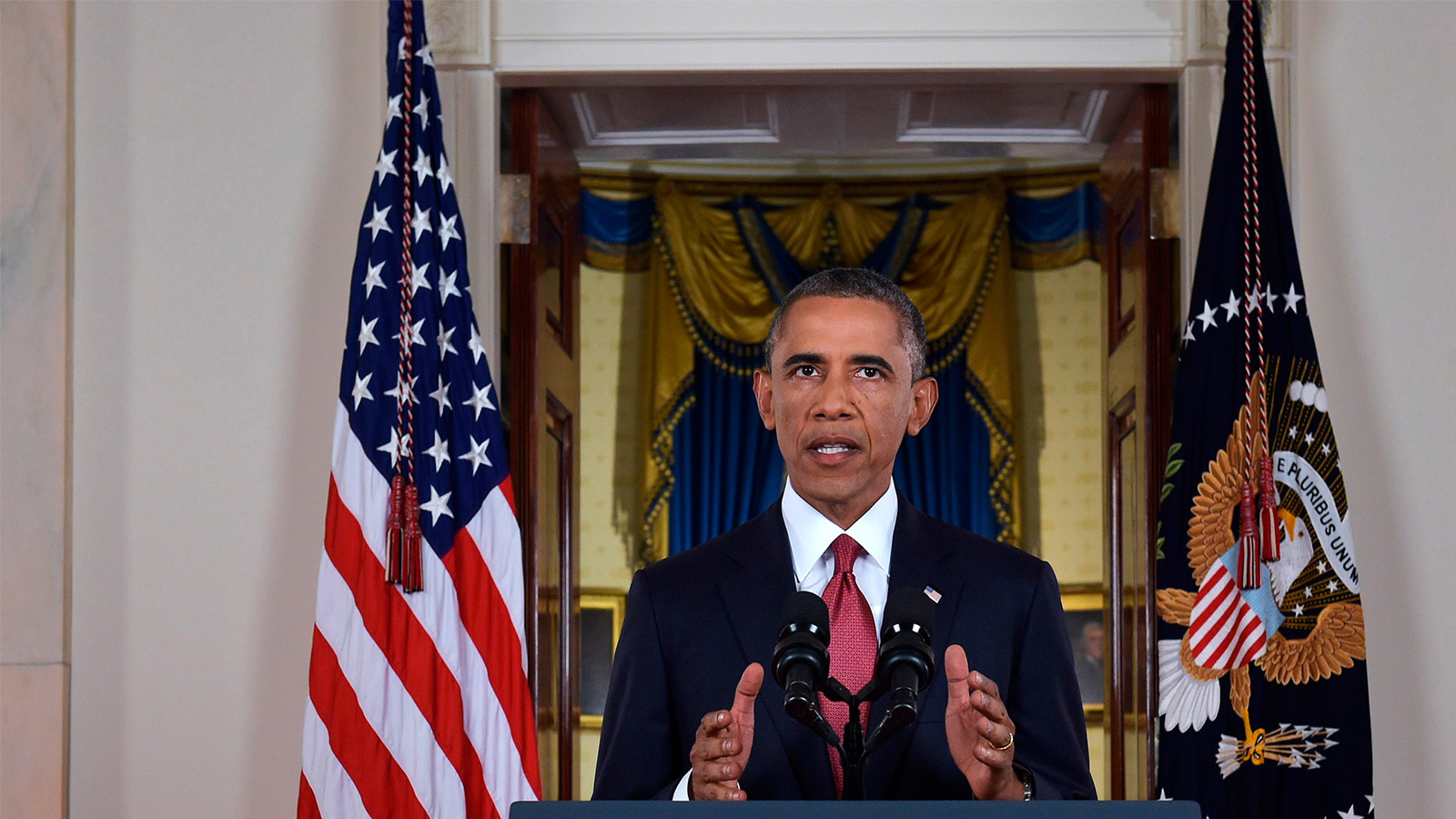 Six years into his administration, U.S. President Barack Obama has arrived at the problem he was elected to solve in 2008.

After repeated disappointments in foreign policy, a Congress brought to a standstill by partisan division and an economy that’s recovering in spite rather than because of him, America now looks to Obama for a solution to its eternal struggle with race and belonging. It is a monumental task. It is also, however, a task to which he seems singularly suited.

America has suddenly become overwhelmed by cases of African-American men and boys dying at the hands of white police officers: Michael Brown in Ferguson, Mo., Eric Garner in New York City, and Tamir Rice in Cleveland, Ohio, are just three of the most recent fatalities. A growing street and social media protest movement is now demanding action on the long-standing racial divide in crime and police behaviour in the U.S.

Incarceration rates are six times higher for black men as compared to whites. In New York City, where the population is one-quarter African-American, two-thirds of all suspects killed by police gunfire—and nearly 80 per cent of all subjects who fire at police—are black. The protection afforded law-abiding citizens by police also varies significantly by race. According to a recent lawsuit brought by the American Civil Liberties Union, black neighbourhoods in Chicago experience police response times that are double those for white neighbourhoods.

Related reading:
The truth about race, the police, and Ferguson

Even more troubling than the raw data, however, are revelations of how deeply American society itself is divided on this topic. A 2012 academic study comparing poll results with crime data found a massive gap between perceived and actual levels of black criminality. Asked what percentage of violent criminals are African-American in the U.S., poll respondents estimated it to be 46 per cent, while the actual percentage is 21 per cent. Another survey expressed the belief that 40 per cent of all juvenile crime is committed by black youths, compared to 31 per cent in reality. And according to a Bloomberg Politics poll earlier this month, 64 per cent of whites agreed with the grand jury decision not to prosecute the police officer responsible for Brown’s death in Ferguson, whereas 89 per cent of African-Americans disagreed. Whites sympathize with police, blacks with victims.

As the first African-American to win election to the highest office in the land—and as the child of a white mother and black father— Obama seems ideally suited to straddle the difficult racial solitudes of modern America. “This is not only personal for me because of who I am,” he told the Black Entertainment Television (BET) network this week in an interview. “But as President I consider this to be one of the most important issues I face.” His message of hope, reconciliation and personal resolve—that, given the massive challenges facing the U.S. in 2008, seemed somewhat maudlin following his election—may be just the tonic his country needs right now.

In his BET interview, Obama firmly dismissed calls for “conversations” about race in favour of concrete action. It is clearly unacceptable that the behaviour of local law enforcement has become a central problem, and he promised to make full use of his coercive and spending powers to improve police interactions with African-Americans. He is offering federal money to equip police forces across the country with body cameras. Cities that have adopted this technology claim a reduction in aggressive behaviour by both officers and citizens. Improved data is also a necessity. Right now there are no comprehensive national statistics on homicides committed by police, so there’s no way to tell if the situation is getting better or worse. And the White House plans closer oversight of the use of military hardware by police, recognizing that it often appears to poor neighbourhoods that they’re being invaded by soldiers rather than protected by police. All this is only the first step, however. “We’ve also got to change hearts and minds,” the President admitted.

With the nation now firmly focused on race, Obama has the opportunity to leverage his unique status for real gain. Through strong executive action as well as convincing moral arguments he must remind America of the advances it has already made in reconciling black and white relations; and push for further improvements in policing as well as education, health care, employment and everyday social interaction. “It is important to recognize progress has been made,” he observed. “As painful as these incidents are, we can’t equate what’s happening now to what was happening 50 years ago.” With lynchings and Jim Crow laws long since consigned to the history books, Obama needs to have a similar impact on police bias and racial inequality in America today. “This isn’t going to be solved overnight,” he said. He’s got two more years.