The global horror that Obama left behind

Absent U.S. leadership, a large swath of the globe is now a lawless power-vacuum that NATO countries can no longer ignore 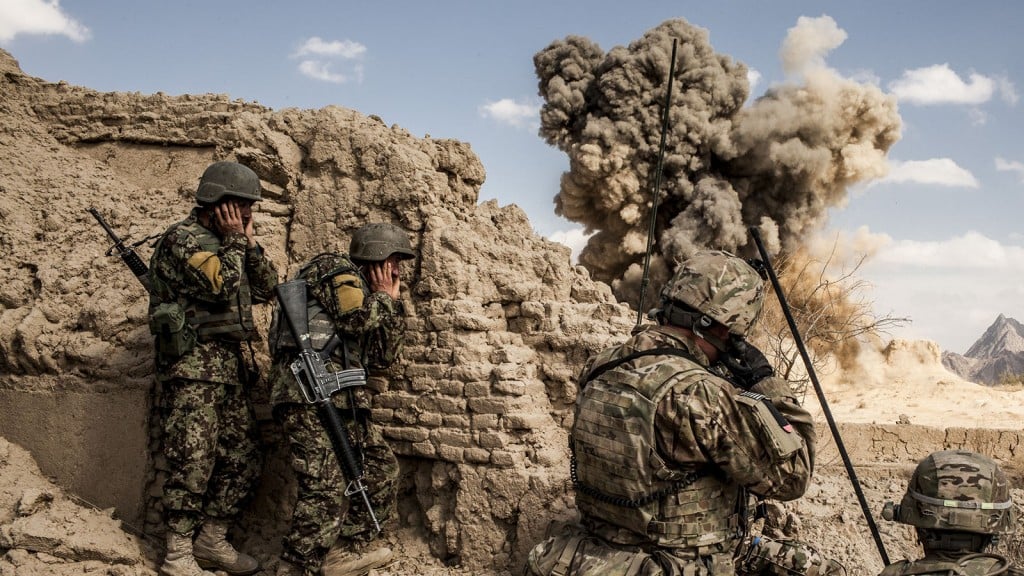 As Afghanistan continues to reel from last week’s assault on an army base in the northern province of Balkh—the bloodiest Taliban atrocity since 2001—it’s high time the NATO countries, Canada included, faced up to something awkward. However ill-tutored and imprudent Donald Trump may be, the catastrophe that has descended upon that great swath of the Earth, from Tripoli to Peshawar, is the legacy of eight years of Barack Obama’s fecklessness and wishful thinking.

It took the traumatic shock of al-Qaeda’s 9-11 attack to teach us all a lesson that we are all being forced to learn again in Afghanistan, Syria, Libya and Yemen: you can’t just walk away from the world. Abandon parts of the globe to mayhem, warlordism and lawlessness and the state-power vacuum will quickly fill with horrors that the NATO capitals will not be able to ignore.

It’s not just that the Obama-led retreat from a century’s worth of covenants on war crimes, chemical warfare and other crimes against humanity in Syria has already all but destroyed the values-based international order. Nearly a half million Syrians have been killed, and the shadow of millions of refugees pouring across the Mediterranean is darkening all hopes of holding together a 70-year consensus that had united Europe.

RELATED: Our day of reckoning for Syria is coming

Six years ago, France and the Arab League had to drag Obama into a NATO operation that aimed to prevent a Syrian-scale mass slaughter of Libyans by the lunatic dictator Moammar Gadhafi. After the collapse of the Gadhafi regime, Obama opposed a UN peacekeeping force that could have prevented Libya from falling apart, and following Obama’s fashionable lead, we all walked away. After more than two years of stumbling towards a secular, representative democracy, Libya eventually collapsed into pandemonium, becoming the Islamic State and human-smuggling haven that it is today.

In Yemen two years ago, Obama took the opportunity of what was then a ragtag, marginal and containable Houthi insurgency to close down the CIA station running operations against al-Qaeda in the country and shutter the American garrison entirely. Saudi Arabia immediately began a bombing campaign that has resulted in at least 10,000 deaths. Qasem Soleimani, who heads up Iran’s Islamic Revolutionary Guards Corps’ Quds Force, is supplying the Shia Houthis with military equipment and advisers in a proxy war waged against Yemen’s Saudi-backed Sunni forces.

This week in Geneva, the United Nations is appealing to international donors to help stave off the famine facing nearly seven million Yemenis in what UN officials now call “the largest humanitarian crisis in the world.”

This brings us back to Afghanistan, where at least 160 fresh Afghan Army recruits were murdered while they were concluding their Friday prayers last week at Camp Shaheen in Balkh. Two of the attackers blew themselves up in the crowds of soldiers outside the camp’s mosque, and the rest went on a shooting spree that lasted several hours.

(By way of comparison, last Friday’s death toll was pretty well the same as the number of Canadian soldiers killed in Afghanistan—158—during the Canadian Forces’ entire 10-year sojourn in the country.)

Ever since May 2014, when Obama announced he intended to withdraw the last U.S. troops from Afghanistan, the Taliban have been gaining ground. Reckoning it was only a matter of time before NATO was gone, the Taliban’s Quetta Shura in Pakistan went on the offensive. Lately they have been joined by jihadists aligned with ISIS in Iraq and Syria—the target of Trump’s April 13 GBU-43 Massive Ordnance Air Blast (“Mother Of All Bombs”), dropped on a cave complex in Nangarhar province adjacent to the border with Pakistan.

After promising to pull American troops from Iraq—which he did, allowing ISIS to spread its gangrene from the outskirts of Baghdad to the Syrian town of Raqqa—Obama was so eager to make an impression on American voters in the 2014 congressional election season that he accelerated his troop drawdown in Afghanistan to a speed his own generals warned would invite disaster.

Disaster is exactly what unfolded. By last summer, the Taliban controlled more Afghan territory than at any point since 2001.

From its peak of 130,000 troops from 51 countries in the UN-sanctioned International Security Assistance Force (Canada’s last soldiers left Afghanistan in 2014), the international coalition backing Afghanistan’s nascent democracy and the Afghan National Security Forces has been reduced to 14,000 non-combat soldiers (about half of them American) from 39 countries, engaged mostly in troop-training.

On Monday, U.S. General John Nicholson, who heads up the NATO-led operation, stood beside U.S. Defence Secretary James Mattis, who was paying a surprise visit to Afghanistan. They both hinted strongly that the Kremlin, which has played host to the Taliban in meetings in Moscow, might now be arming the Taliban as well.

This is exactly the kind of horror show that should be expected when NATO’s democracies, which have always been dependent upon American power, simply walk away from the world.

Canadian soldiers shed blood for Afghanistan, and the disaster unfolding there now is not something Prime Minister Justin Trudeau or Defence Minister Harjit Sajjan or Foreign Affairs Minister Chrystia Freeland can simply ignore.